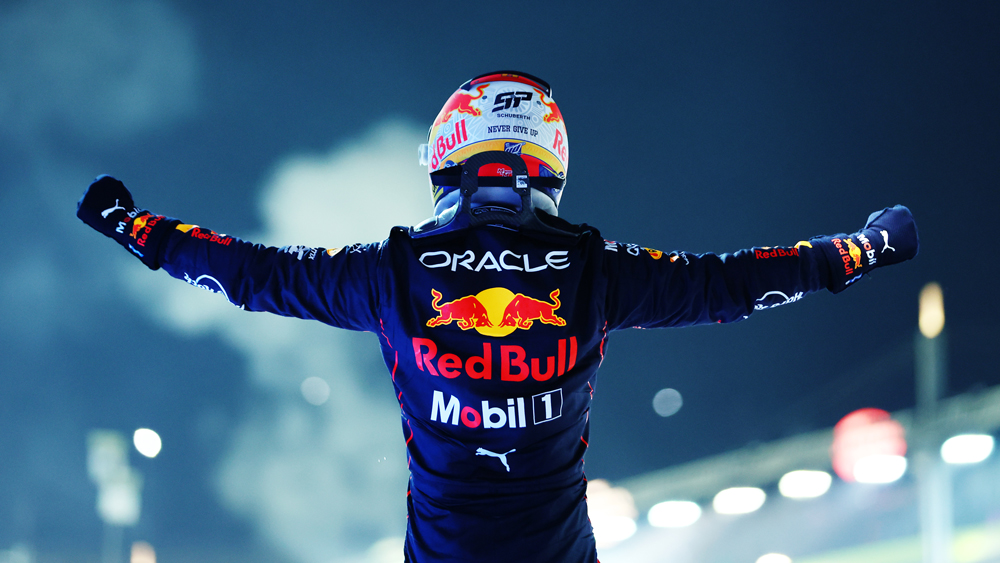 As Sergio Perez wandered through a private room at Austin’s Soho House, bottles upon bottles of Patrón surrounded him. He, unlike everyone else, wasn’t partaking. It was the Thursday before the US Grand Prix, and the Formula 1 driver was getting ready to lock in for the weekend’s race. But before he did, he had one more obligation to a new sponsor where he’d gladhand, take selfies and share a stage with pop star Becky G. Then after all the events, media hits and three days of driving—Friday practice, Saturday qualifying and Sunday racing—he’d hop a plane and do it all over again.

“Unfortunately, I don’t [drink] as much tequila as I would like,” Perez says with a laugh. “We don’t have much of a social life because we are always training for the next event or recovering from the last event. We have to be pretty fit all of the time.”

It’s a glimpse into the day-to-day impact of F1’s growth on the 20 drivers comprising the grid—especially for Perez, a four-time race winner who’s a superstar in his home country of Mexico, meaning he’s increasingly pulled in many directions. He can expect his tequila time to dwindle even further because after 22 races this year, the calendar will increase again in 2023 to a record 24 races spanning the globe. That doesn’t just mean more driving; Perez’s off-track obligations media, events and training will go up, too.

Perez’s partnership with Patrón began earlier this season, as the premium tequila brand jumped into F1 in a big way, taking over sponsorship of all the Paddock Clubs—the suites above the pitlane where the sport’s most well-heeled fans take in the races—around the world.

It’s a further testament to the growth of F1, which saw a 54 percent jump in US TV ratings last year and another 35 percent increase this season, according to ESPN. That will lead to more money pouring in as ESPN’s rights deal with F1 is expected to increase from $5 million per year to in the neighborhood of $75 million each season.

The sport has a slick docuseries to thank. For the last four seasons, the Netflix show Drive to Survive—which has captured the intrigue of the sport and the glamour surrounding it—has generated boom times for F1.

“It’s drastically changed it,” McLaren driver Daniel Ricciardo says. “There’s always been certain places around the world where we race and they’ve had an F1 fanbase—you go to some places and you’ll have a sea of fans outside of your hotel, and now that’s every race. It’s pretty nuts what it has done for the sport.”

Perez has noticed the same thing. “The sport has grown massively all around the world, not just the US,” he says. And that’s afforded him more opportunities than he had before. “It’s amazing to be able to attract worldwide brands like Patrón to be partners with. You know, you as an athlete, you always want to partner these big brands, iconic brands.”

Part of the sport’s appeal reaches well beyond the track. It’s a scene. An F1 event rolls into town like a massive globetrotting carnival that brings not only a race, but a cavalcade of sideshows.

That was no different in Austin. LA’s premier nightlife impresarios at H.Wood Group brought their party to Texas, hosting two nights of intimate concerts including a Post Malone show where people paid up to $25,000 for a table. Elsewhere, Bravo reality TV stars wandered the town, Apple CEO Tim Cook took selfies with passersby as he ate dinner alfresco on Saturday, Brad Pitt hung out with multiple teams in the paddock, the Chainsmokers played a concert in a Fairmont ballroom and parties went deep into every night of the weekend.

Perez doesn’t get to engage in all the fun before ore even after the race. Although his team, Red Bull, clinched its first Constructors’ Championship (the world team title) in nearly a decade with last Sunday’s race performance, he had no plans to even take the time to stay and celebrate.

“After the race I’m going home—I’m going to Guadalajara and then I have a little conference and then back to Guadalajara for a show run. It’s nonstop,” he says. For Perez, that pressure only intensifies this week as the F1 carnival rolls into Mexico City for the Red Bull driver’s home country race. And he’s not afraid to admit he feels it.

“With so many things outside of the of the racing, certainly it’s a harder weekend mentally, physically,” Perez says. “It’s a weekend that takes everything out of me,”

His diligence has paid off in the past though. For years Perez was grinding on mid-level teams, unable to drive a car that could put him in a position to win. But in 2020, 10 season into his career he finally broke through, taking the Sakhir Grand Prix and setting the record for most starts before notching a first win (194 races). He’s won three times since, including twice this year with Red Bull at Monaco and Singapore. And despite a dominant season by his two-time world-champion teammate Max Verstappen, who ended up winning the US Grand Prix, Perez is up for the challenge of toppling a generational talent in Verstappen. “I believe I can fight for the championship next year.”