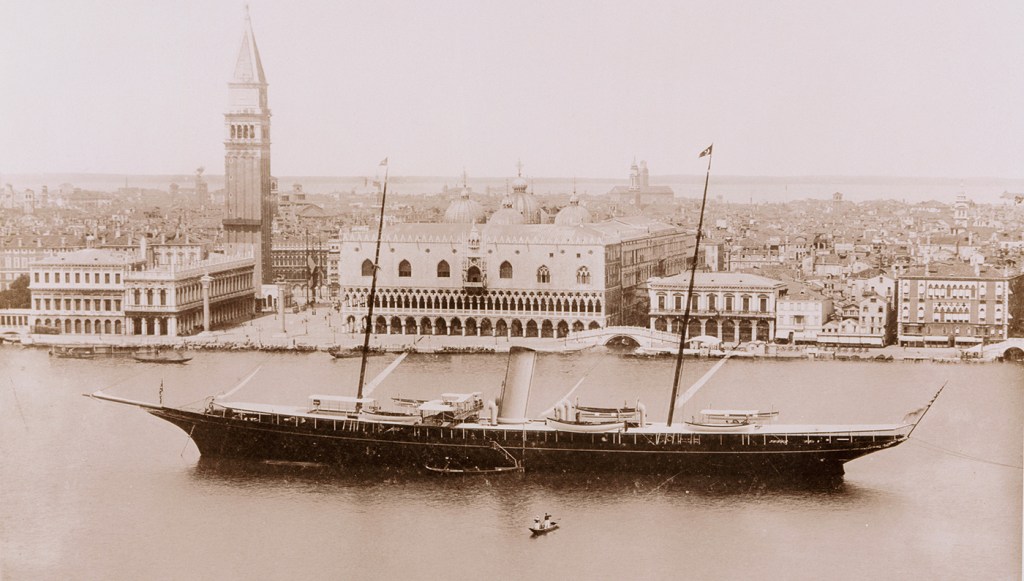 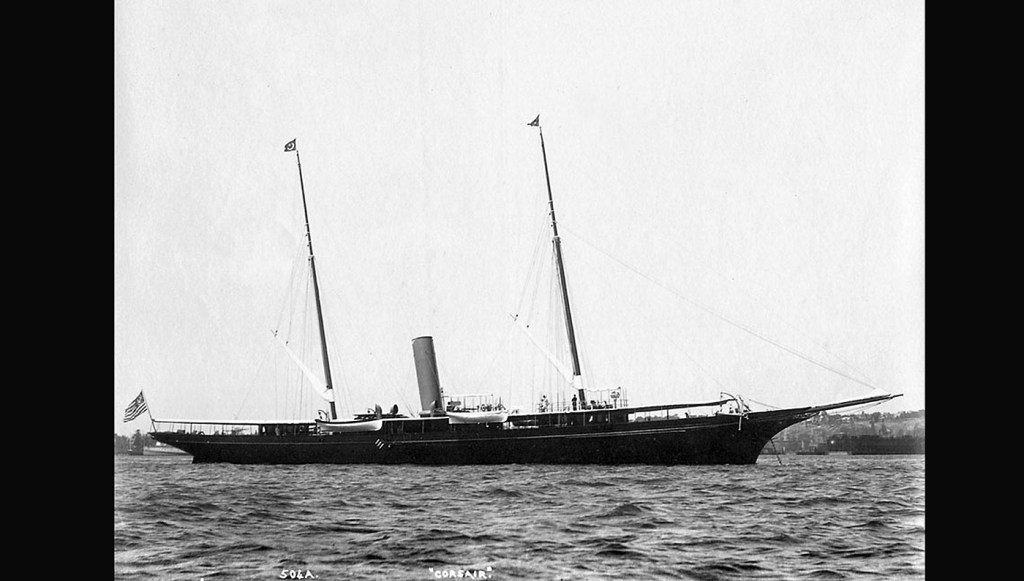 To escape the often tempestuous financial scene, J.P. Morgan found solace on the sea and owned a series of yachts during the course of his lifetime. It is Morgan who, when asked the expense in maintaining such a vessel, is credited as saying the now cliché approximation of, “if you have to ask how much it costs, you can’t afford it.”

Commodore of the New York Yacht Club from 1897 to 1899, Morgan purchased his first luxury craft in 1881, a 185-foot steam sailor christened Corsair. Just nine years later, Morgan commissioned the 241-foot Corsair II (designed by John Beaver-Webb and built by Neafie & Leavy out of Philadelphia), which included a 30-foot tender.

A haven from the public eye, the yacht was a pelagic playground for an elite few. Included among the onboard opulence was handmade bone china by Minton, Tiffany cigar-cutters, and a set of poker chips carved from ivory. The latter sold for $66,000 at auction in 2011.

In 1898, the Corsair II was conscripted into service by the United States Navy and became the USS Gloucester, a gunboat used during the Spanish-American War. This naturally necessitated that Morgan have a replacement, so the 304-foot Corsair III was constructed the same year by T.S. Marvel Shipbuilding. Amidst the yacht’s lavish layout were found a library that extended across the beam, a player piano, cases of wine and brandy, humidors stocked with Cuban cigars, and a comprehensive collection of dining accessories, including pearl-handled fruit knives, julep strainers, finger bowls and, of course, asparagus tongs. After Morgan’s death, the third iteration of Corsair saw action as a patrol ship in WWI and as a survey ship in the Pacific theater during WWII.

Sharing his father’s nautical nature, J.P. Morgan Jr. carried on the tradition by having the 343-foot Corsair IV completed in 1930. The largest yacht built in the United States at the time, it came at a cost of $60 million by today’s standards.

‘Roald Dahl’s Matilda the Musical’ Review: Kids Win the Day in This Perky Adaptation, But Emma Thompson’s Trunchbull is the Real Triumph