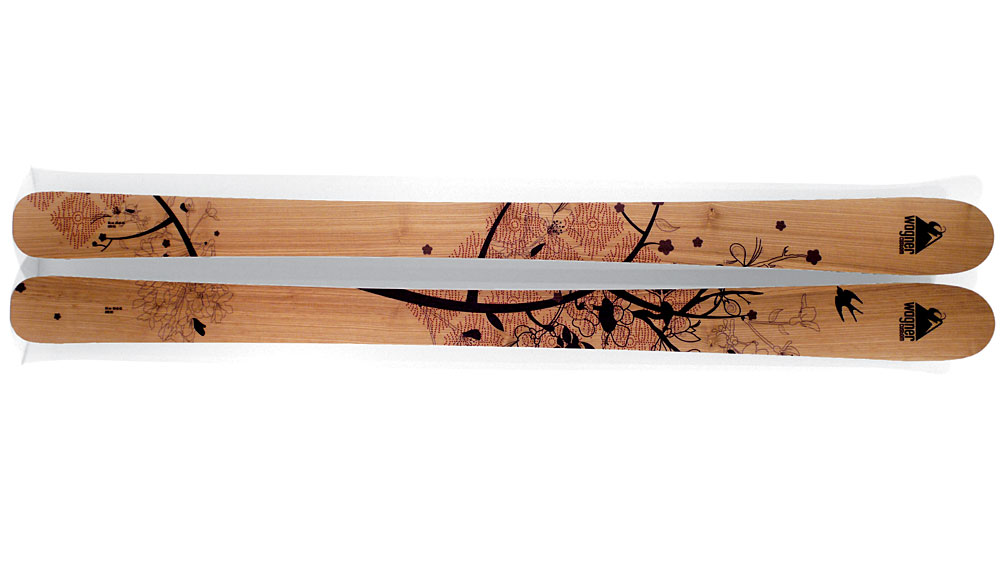 Head to any ski mountain and you will find demo stations tempting you to take a brand-new pair of skis out for a spin. Ski shops also encourage test-drives of their inventory—which is neatly categorized by skiing style (all-mountain, carving, or powder)—so purchasing the right pair should be easy. “Except that skiers don’t always know what their goal is for skiing,” says Pete Wagner, an engineer and entrepreneur in Telluride, Colo., who three winters ago founded a boutique ski-manufacturing company that shuns the off-the-shelf process, building its products client by client, one pair at a time.

Wagner’s beliefs about making skis crystallized not on the slopes, but on the fairways. While working as a mechanical engineer for Carbite and Penley (two California manufacturers of golf equipment), he designed carbon-fiber shafts for pros including John Daly and Jim Furyk. Wagner also wrote a software program that analyzed and designed high-tech gear, which led to the development of a computerized custom-fitting system for golf clubs.

Although he was passionate about golf, Wagner longed to be in the mountains. So in 1998 he moved from California to Telluride, where he spent his mornings writing software and analyzing golf equipment and his afternoons skiing the slopes. “That season I skied 125 days on one pair of skis and then tried another pair and found that I skied better,” he recalls. The experience spurred Wagner to adapt his golf software to analyze the mechanics of skis. After eight years of research and development (including a year and a half away from Telluride to earn an MBA), Wagner sold his first pair of skis to a Denver entrepreneur in September 2006.

Wagner Custom, as his company is called, begins its process by gathering “Skier DNA.” An online questionnaire, which takes about 20 minutes to complete, asks questions ranging from how aggressively you ski to “Do you ski with a backpack?” in order to help people home in on their personal goals. “One customer had his knees reconstructed but didn’t want to give up bump skiing,” says Wagner. “We made him shorter, lighter-weight skis with a flex pattern that let him maneuver through bumps without torquing his knees.”

Once their questionnaire is complete, customers pick out graphics from a library of designs, solid colors, and wood veneers, or they can create an original look of their own. “I worked with a client who put the Mandarin symbol for courage on his left ski and the symbol for fear on his right, to reflect how he handles himself on the mountain,” says Wagner.

Wagner Custom can deliver a pair of skis about 10 business days after clients approve a design. The company’s clients include pro skier Scott Kennett, who this year won his second competition on a pair of Wagners, and a host of recreational skiers who enjoy successes of their own. “My clients have custom suits, custom homes, custom golf clubs, so they understand what this is all about,” says Wagner. “The skis fit you right, are more comfortable, and last longer.”

As it begins its fourth season, Wagner’s company is producing about 800 pairs of skis annually, for a starting price of $1,595 per pair. And though Wagner Custom will not be setting up demo stations this season—or any season—if you are not happy with the way your skis perform, the company will fix your pair or build you another.