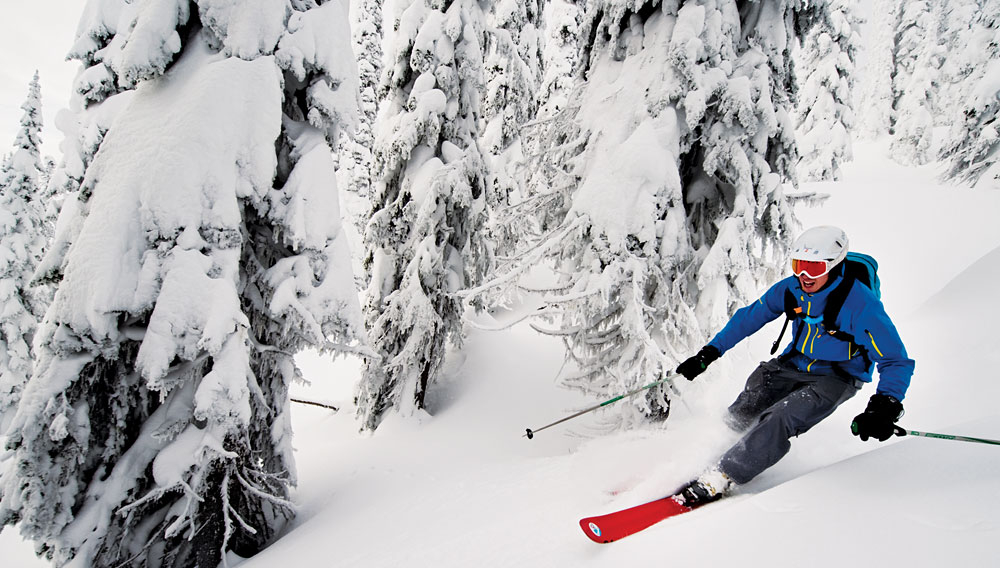 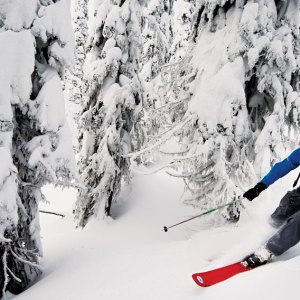 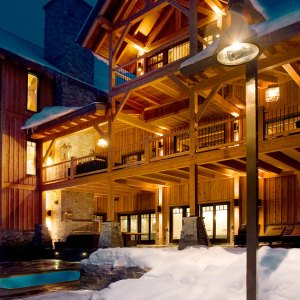 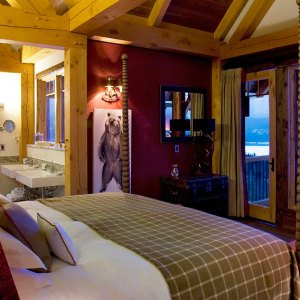 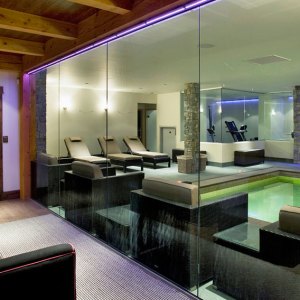 The Eurocopter AS350 Astar landed in our backyard at about 9 am. Within a few minutes we were flying high over Revelstoke, British Columbia, our small group of skiers looking down on the Columbia River while our pilot searched for an opening in the thick fog above. Powder-covered peaks waited on the other side of the clouds.

Michael Kirkland, our host on this heli-skiing adventure, sat directly to my left in the copter. The British entrepreneur and his brother, Chris, grew up skiing in the Alps. They first came to Revelstoke Mountain in 2007, when the Canadian Rockies resort was in its first operational season—with just one gondola, two high-speed quads, and North America’s longest vertical descent at 5,620 feet. The following year, the Kirklands bought one of eight lots zoned for private helicopter-landing pads at Revelstoke’s village base, where they soon started building Bighorn, an over-the-top chalet rental that debuted last season. “We love to heli-ski,” Michael said, “and the opportunity to build something like this at a new resort is once in a lifetime.”

Positioned among the interior Selkirk Mountains—and with about 20 percent more annual snowfall than Whistler Blackcomb—Revelstoke (nicknamed “The Stoke”) offers heli-skiing and lift, cat, and backcountry skiing from one village base. The base comprises a condominium village, the Sutton Place Hotel, and a few restaurants, but the area has not seen the construction boom speculators predicted in 2007. However, the lots zoned for helicopter landings were snapped up quickly and now showcase the most elaborate private homes in town. Bighorn is the only such residence that is open to the public as a full-service rental.

The Kirklands, who had previously developed a chalet in Les Trois Vallées, had the opportunity with Bighorn to build three times larger than they could in France. At 15,000 square feet, the Douglas fir–framed lodge encompasses eight bedrooms, a cinema, a formal dining room with conferencing facilities, a great room, a chef’s kitchen, and a recreation floor with a bar, a game room, and a pool and spa area.

A would-be cigar lounge was scrapped for the eighth bedroom, since heli-ski clients fly in groups of four. Still, there is no shortage of gathering places at Bighorn, where the house chef, Peter Hughes (a Brit who has cooked for David Bowie and other rockers), might serve cocktails by the hot tub followed by smoked-salmon canapés in the great room.

Bighorn rents from $65,200 per week for as many as 16 people from December through April. The rate includes staff, Hughes’s cooking, and house alcohol—but not heli-skiing. Guests choose from three heli-ski operators: CMH, Eagle Pass, and Selkirk Tangiers. The companies offer a range of flexible packages, including a Selkirk Tangiers option that provides a stay at Bighorn, five heli-skiing days, and two days of guided skiing (priced from $12,643 per person based on full occupancy).

On our first morning’s flight with Selkirk Tangiers, the pilot found a break in the fog and made his move. The bird burst through into the sunlight, revealing clusters of snowy white peaks that seemed to float on the clouds. We landed atop one peak and shuffled out of the helicopter, which soon took off in a flurry of powder. Then in the quiet, with heavenlike views all around, we started down our first run.

At the bottom of the run, I checked my watch; less than an hour earlier I was still in bed.