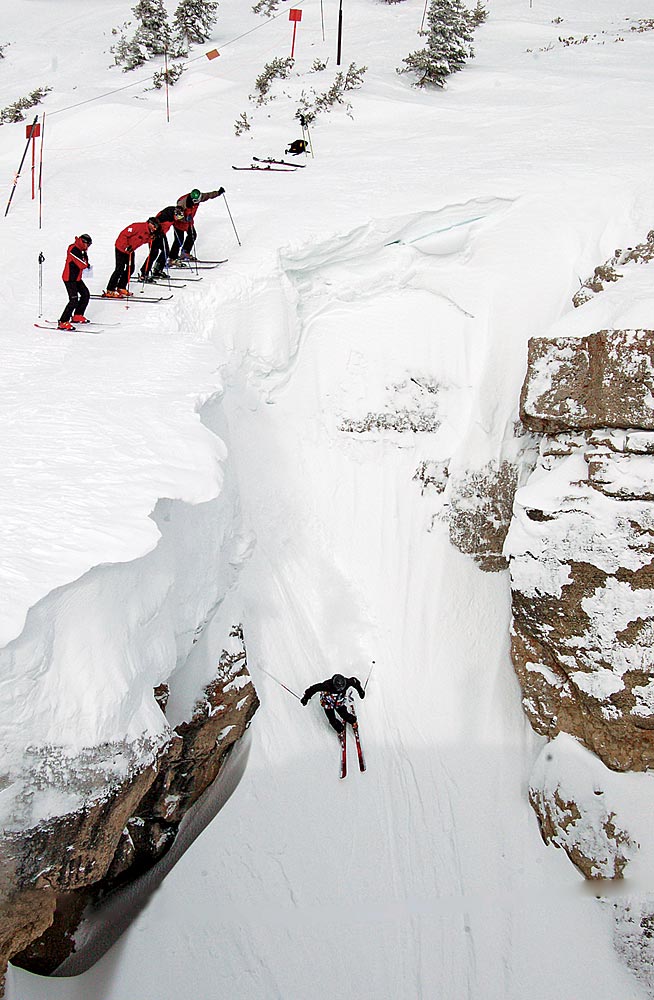 Like a baseball fan walking into Wrigley Field for the first time, I felt chills go up my spine when I took my first trip aboard the tram at Jackson Hole Mountain Resort—and not from the cold. The 40-year-old tram at Jackson Hole, home to the nation’s longest continuous vertical drop, was more than a means of transportation; it was a rite of passage. Reaching the apex of the Wyoming resort granted access to a 4,139-foot descent that included, for the most advanced skiers, the Corbet’s Couloir chute, a double-black-diamond run with a rock-lined entry followed by a 10-to-20-?foot free fall.

Jackson Hole closed its legendary tram in 2006, but the resort is opening a new cable car in its place this December. The new tram will travel faster and carry 48 more skiers per trip. It will also facilitate mountain access—in bounds and out—for participants in Jackson Hole’s Grand Slam package.

The year-old Grand Slam program involves four days of increasingly exotic skiing adventures in the Jackson Hole area. Participants navigate the resort’s marked terrain on the first day, followed by consecutive days of out-of-bounds skiing, snowcat skiing, and heli-skiing. Thanks to the new tram, which travels from Teton Village at the mountain’s base to the 10,450-foot-high summit in less than 10 minutes, skiers this year will hike less than they did during the package’s inaugural season.

I completed the Grand Slam last winter, beginning with a half-day of skiing at Jackson Hole, followed—partly because I knew what lay ahead—by an afternoon eating sushi at the slope-side Four Seasons Resort Jackson Hole. (Though possible to arrange à la carte, the Grand Slam package, which includes five nights’ lodging and one long recovery massage, is available through hotels such as the Four Seasons, for $4,995 per person or $6,650 per couple, and the Teton Mountain Lodge & Spa, for $2,986 or $5,973, respectively.) On my second day, I skied through the National Forest Service land adjacent to the Jackson Hole resort; the terrain was opened to skiers in 1999. I spent much of my day climbing back uphill by foot, but backcountry skiers can now reach the tram’s base directly to return to the resort.

The energy saved on the tram ride should come in handy on day three of the Grand Slam. Snowcats, which resemble buses on treads, can take skiers where lifts cannot—to long, unbroken runs through the pines and the freshest powder. In fact, in the pantheon of ski experiences, cat skiing is second only to one: heli-skiing. That’s day four.

By 9:30 am on my fourth day, I was in High Mountain Heli-Skiing’s Bell 407 chopper flying over the Bridger-Teton National Forest. Landing on a razor-sharp ridge, we headed toward a huge, horseshoe-shaped bowl that was free of tracks. As I stood on the ridge—which was so thin that the tips and tails of my skis were suspended over thin air—my chills returned.

My guide dropped in first, to reduce the risk of an avalanche. After a moment’s hesitation, I followed him into the first steep turn and carved into the bottomless powder. Like my first time on Corbet’s Couloir, I successfully descended the run—and felt afterward like I had just knocked one out of the park with the bases loaded.