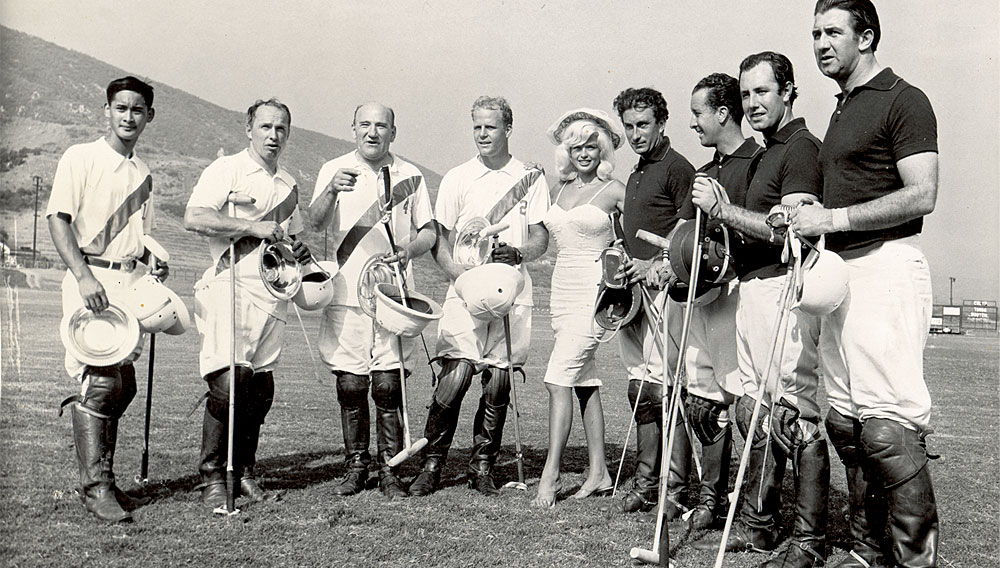 In the early years of the last century, polo was an obscure sport in the Southern California resort town of Santa Barbara. In fact, the first exhibition match had taken place only a few years before, on a rainy afternoon in 1894, during the local flower festival. But that did not stop a band of enthusiastic amateurs, led by Elmer Boeseke, the town’s two-time mayor and a movie studio head, from picking up their mallets and thrilling spectators with athleticism and horsemanship.

By 1911, the Santa Barbara Polo Club had gained enough members for the indefatigable Boeseke to have the group admitted to the fledgling U.S. Polo Association as its third official member. Now the club is celebrating its 100th anniversary and honoring its colorful history with a series of gala events in addition to the polo season’s usual round of world-class tournaments and charity fund-raisers.

Not surprisingly, Santa Barbara’s sunny fields and ocean-and-mountain setting have drawn polo stars and celebrities throughout the last century. The club has occupied its present early American–style home since yachtsman and philanthropist Max Fleischmann, known as the “Yeast King,” developed the fields in 1923 and paved the way for a golden age of polo in Southern California, when the roster was regularly filled with Hollywood names such as Will Rogers, Spencer Tracy, Walt Disney, and Darryl Zanuck, and Boeseke’s polo-phenom son, Elmer Jr., who won Olympic silver in 1924.

Ten-goaler Tommy Hitchcock also played here, and more recently Sylvester Stallone and Tommy Lee Jones have fielded teams. Santa Barbara has welcomed the U.S. Open twice and hosted polo’s version of the World Cup, the Federation of International Polo, in 1998. Last year, the Royal Polo Team of Jaipur competed in the Robert Skene Invitational Polo Match, for which the Maharani of Jaipur arrived in a burgundy Rolls-Royce to award the trophy.

The 2011 high-goal season will be kicked off with the traditional charity polo tournament on July 10. On August 12, during the USPA America Cup run-up to the Pacific Coast Open, the club will present its Centennial Extravaganza—a tented dinner-and-dancing party on the polo field (tickets from $100).

Later in August, eight teams will compete in the West Coast’s most prestigious polo tournament, the Bombardier Pacific Coast Open, which has been held in Santa Barbara since the 1960s. The world’s top players will be vying for the tournament’s 5-foot-tall trophy, presented at the conclusion of the series on September 4. (Adolfo Cambiaso, ranked No. 3 in the world, and his Lucchese teammates won last year.)

No matter who takes home the trophy, the delight of watching a match in Santa Barbara has remained unchanged for a century, as men and their mounts continue to fearlessly wield their mallets and gallop toward the goal. Tickets to both tournaments (from $15) and gala events are sold directly through the club.