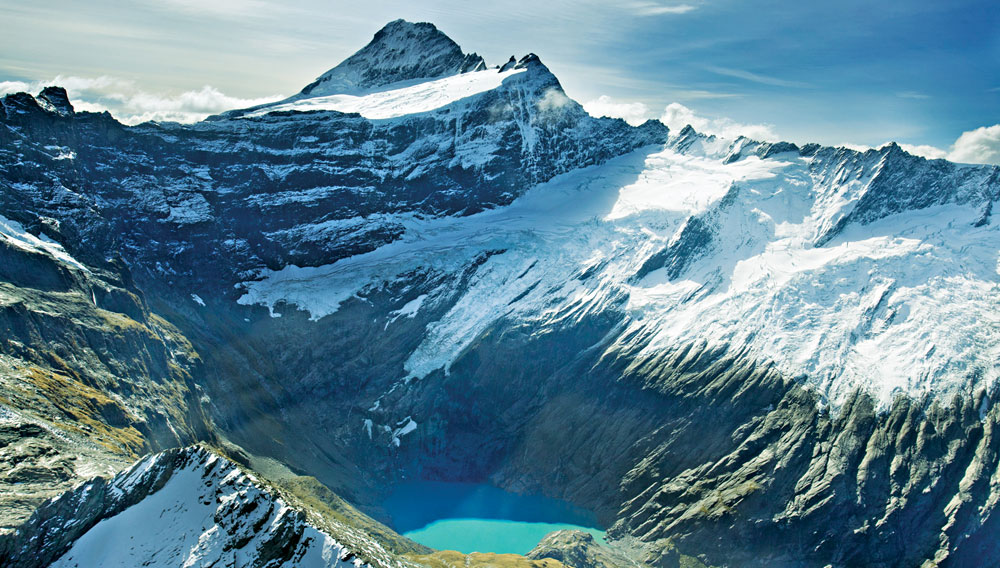 Due north of New Zealand’s popular resort city of Queenstown, a vast and beautiful wilderness remains largely inaccessible to tourists. Hikers can tramp into the South Island’s 1,373-square-mile Mount Aspiring National Park to pitch a tent or stay in a government-run bunkhouse, but travelers seeking a higher level of comfort (and warmth) in the backcountry have, until recently, lacked any legitimate options. A few charming bed-and-breakfast-type hotels offer a view of the scenery from just off the highway, but none, according to Matt Wallis, proprietor of the new Minaret Station tented camp, offers a true Southern Alps experience.

Wallis opened Minaret Station—New Zealand’s first luxury tented camp—in February in a setting that is spectacular even by Southern Alps standards. Accessible via a direct helicopter flight from Queenstown, or a one-hour drive from Queenstown followed by a shorter flight, the camp is situated near the western shore of Lake Wanaka in the sweeping valley of the Estuary Burn, which is flanked by two alpine rivers and on the border of Mount Aspiring National Park. “I wanted to host guests who would normally shy away from the mountains,” Wallis says of his family’s decision to open up part of their 50,000-acre farm as an upscale outdoor retreat. “I wanted them to experience firsthand why New Zealanders have such a passion for the high country.”

Minaret’s four heated, insulated safari tents are outfitted with wall-to-wall sheepskin carpets, possum throw rugs, and waterfall-powered heating systems that had to be air-dropped into place. Each accommodation has a wooden deck with a brazier and a hot tub, where the atmosphere for stargazing is unparalleled. But the experience at Minaret—which costs $3,000 nightly per couple, inclusive of meals, helicopter transfers, and most guided activities—revolves around each day’s adventure.

The rivers of the South Island’s west coast are regarded as some of the best in the world for fly-fishing. Minaret guides accompany guests on helicopter excursions to the most remote corners of those rivers, where paradise ducks fly overhead and shaggy-coated tahr and well-camouflaged chamois scramble through the surrounding mountains. Brown trout can grow up to 10 pounds in these waters, and Wallis says he regularly lands trophy-class specimens—although it is no simple task. “The water is so clear that you have to stalk the fish,” he says. “It’s easy to spook them before you even get a chance to cast.”

Wallis has spent much of his 32 years exploring the surrounding wilderness with his three brothers, who help him run Minaret alongside the property’s gracious staff. In addition to fishing excursions, the staff can arrange alpine treks, trips to the Tasman Sea to bag fresh lobster for dinner, heli-ski trips in winter, and flights to the top of Dragonfly Peak for a grandstand view of the 9,951-foot-high Mount Aspiring.