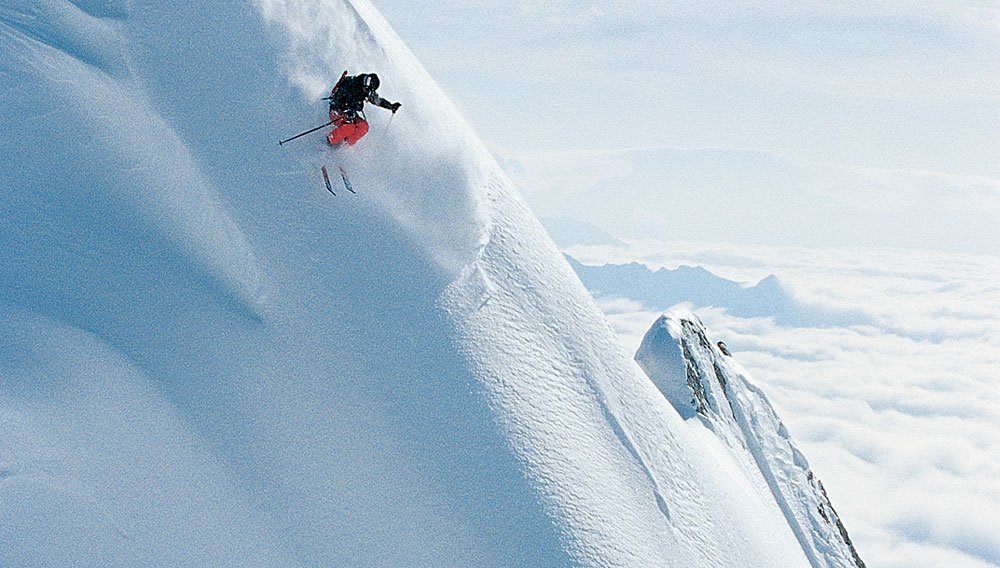 After three weeks of heavy snow in January, the clouds parted over the Austrian village of St. Anton am Arlberg to reveal a bluebird sky and perfect ski conditions. As I stepped off the Valluga tram, my guide, Ali Penz, smiled and said, “This is the best skiing here in 20 years.” The timing was perfect for my pilgrimage to the motherland of Alpine skiing.

Tucked into western Austria’s Tyrolean Alps, St. Anton is a ninth-century farming hamlet with access to the Arlberg range’s 79 lifts and 160 miles of ski slopes, which link together the villages of St. Christoph, Lech, Zürs, Stuben, and St. Anton. Skiers stop for lunch in these villages in between descents of more than 4,000-foot-drop runs off the peaks of Schindler, Kapall, or Valluga (the latter of which, at 9,223 feet, is the range’s highest). In the evenings, St. Anton’s après-ski scene comes alive with mulled wine and apricot schnapps at the Murmel, Griabli, and other slope-side bars.

In recent years, an influx of new high-end bars, restaurants, and hotels has helped transform St. Anton from a ski-bum mecca into a sophisticated resort town. (The mayor even recently proposed a ban on ski boots in the local bars.) No place embodies this evolution better than the das Mooser hotel. Opened in December 2011, the 17-room das Mooser resembles a traditional Tyrolean farmhouse, which guests access via a discreet entrance in the side of a mountain. Inside the hotel, contemporary James Bond–like interiors feature floor-to-ceiling windows, sleek furnishings draped with sheepskin rugs, and motion-sensor lights. A two-story spa is equipped with an infrared sauna and a swim-through motion-sensor door that opens to a heated outdoor infinity pool.

The das Mooser is a testament to the renaissance of St. Anton, which has seen five high-end hotels (notably Valluga Hotel and Anthony’s) and six upscale restaurants (including Happy Valley and Vincenz) open in the last year alone. In Jan­uary 2013, World Cup racing—Alpine skiing’s premier competition series—will return following a six-??year absence, placing St. Anton once again among the elite group of host resorts that include Colorado’s Aspen and Switzerland’s St. Moritz.

The return of the World Cup is an apropos endorsement of St. Anton, which is recognized as a birthplace of modern skiing. In 1921, local resident Hannes Schneider opened the world’s first ski school, where he created the snowplow-to-parallel Arlberg technique. Still used today, the methods of Ski School Arlberg have introduced generations of skiers to the slopes and have helped popularize the sport across the globe. In the 1930s and ’40s, when Schneider and many of his instructors moved to the United States, the group helped launch American ski schools and resorts including Aspen, New Hampshire’s Mount Cranmore, and Idaho’s Sun Valley.

After I clicked into my skis, Penz, a Ski School Arlberg instructor, led me to the off-piste run Schweinströge. We were soon lacing figure eights down an untouched powder field, the wide Austrian terrain stretching out before us. Surely, this was skiing just as Schneider had envisioned it.