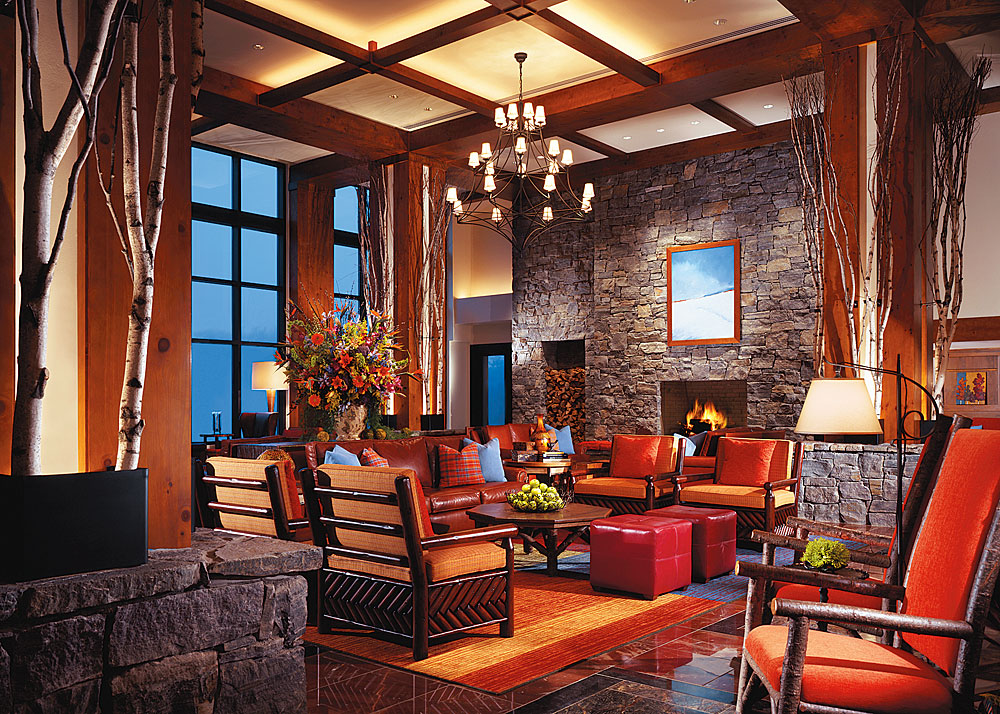 During the great depression, when downhill skiing was in its infancy in North America and the sport’s enthusiasts were mostly considered daft, the Civilian Conservation Corps (CCC) sponsored a make-work effort to create ski trails on Vermont’s highest peak. Led by highway engineer (and skier) Charlie Lord—and using axes, crosscut saws, and oxen to clear the debris—a small crew hacked the first rugged runs on Mount Mansfield, about six miles from the village of Stowe. The CCC followed up with a parking lot, warming hut, and base lodge, and one of America’s first ski resorts was born.

Today, many consider Stowe Mountain Resort to be the quintessential New England ski destination, with its double-black-diamond Front Four trails and its views of the village’s white church steeple and surrounding meadows. The landscape changed drastically this past summer, when the Stowe Mountain Lodge—the linchpin of a $400 million upgrade to the resort—opened at the base of the Spruce Peak ski area.

Both the Spruce Peak and Mount Mansfield ski areas underwent renovations during Stowe Mountain Resort’s upgrade, which also included the addition of the 35-acre Spruce Peak at Stowe development. At the heart of the development sits the new lodge, where arriving guests encounter an army of staffers attired in Ralph Lauren. The staff members can teach you how to operate the environmentally friendly lighting systems in the lodge’s 139 guest accommodations, which come with bamboo bed linens and robes and, in most cases, a fireplace, a balcony, and a kitchenette stocked with Simon Pearce dinnerware.

Before guests arrive at the lodge, a concierge contacts them to assess any special needs or requests—from kitchen provisions to, in warmer months, tee times and fly-fishing trips. In winter, the lodge’s service extends to a ski-valet program that helps guests secure lift tickets or book lessons. “Ski sherpas” will tune your equipment, heat your boots, and lug your gear to the new gondola at the base of Spruce Peak.

When it comes to skiing, the mountains of Vermont may lack the powder and grandeur of the Rockies, but navigating Stowe’s 485 acres of terrain can be a challenging and invigorating experience. Many local residents like to begin their mornings with “10 before 10,” or 10 runs before 10 am. With a slope-side location, guests at Stowe Mountain Lodge can get a jump on even the locals in the daily affair. The new gondola adjacent to the lodge extends from the base of Spruce Peak, which is known for its easy cruising runs, to the more vertical terrain at the Mount Mansfield ski area.

The CCC crew that created Mount Mansfield’s original trails designed them with multiple twists and turns to skirt the site’s boulders and precipitous ledges. Today, when faced with the prospect of dropping in on a Front Four chute, some skiers may concede that they and their fellow enthusiasts are indeed daft.