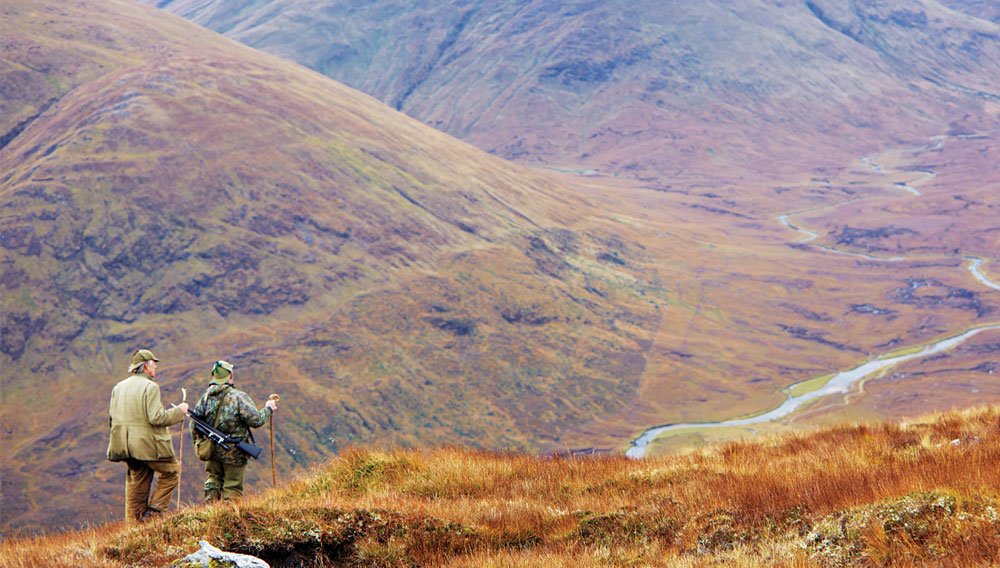 The country sport of deer stalking is a time-honored tradition in the Scottish Highlands. Unlike many forms of hunting, in which participants wait in hiding for their prey, stalkers in Scotland openly pursue deer on foot, often walking 6 to 12 miles a day over steep, treeless terrain for a closer shot at their target. “Stalking is a gentlemanly thing. It requires you to do the work,” says David Matthews, an English entrepreneur who has been hunting wild red deer in the majestic northern hills of Glen Affric for decades. “It would be easy to lob a bullet in from 400 or 500 yards and hope to get lucky, but that’s not stalking. There’s etiquette to how you behave.”

Not merely a pastime for Matthews, stalking served as the impetus for his latest venture: the 10,000-acre Glen Affric Estate, which opened in June. Matthews—who also owns the famed Eden Rock resort on St. Barts—acquired the nearly 150-year-old waterfront property in 2008 after renting it several times for holiday hunts. His five-year renovation of the estate upgraded the eight-bedroom hunting lodge and its surrounding cottages and outbuildings with modern amenities that include a screening room, a gym, a game room, a hydropower system, a wine cellar, and a greenhouse for fresh produce. (The nearest supermarket is in Inverness, a little more than an hour’s drive east.) But Glen Affric’s Victorian character remains intact throughout, with beautifully restored original fireplaces, murals by the 19th-century artist Sir Edwin Landseer, and heavy wooden shutters that block the region’s near-24-hour summer sun.

Glen Affric guests rent the entire estate, with three-night stays priced from $18,000 for as many as eight people, and from $27,000 for as many as 16 (including chef-prepared meals and some activities). The Scotland-based travel company Dream Escape helps customize the visitor experience, facilitating excursions that can include helicopter trips to the Isle of Skye, private boat tours on nearby Loch Ness, and fly-fishing expeditions on Loch Affric.

Visitors to the estate can also try their hand at salmon fishing, kayaking, and bird hunting. But during the deer-hunting season, which stretches from July to February, stalking takes center stage at Glen Affric. “You can be soaked. You can be frozen. You could have been crawling through streams and mud and peat,” says Matthews. “I know it sounds like it’s not much fun, but it’s a tremendous day out.”

Matthews concedes, however, that his favorite part of the sport often comes at the hunt’s conclusion. “At the day’s end, you sit in the truck in whatever state you’re in and have a few whiskies and some currant cake,” he says. “Believe me, it can be a great moment.”