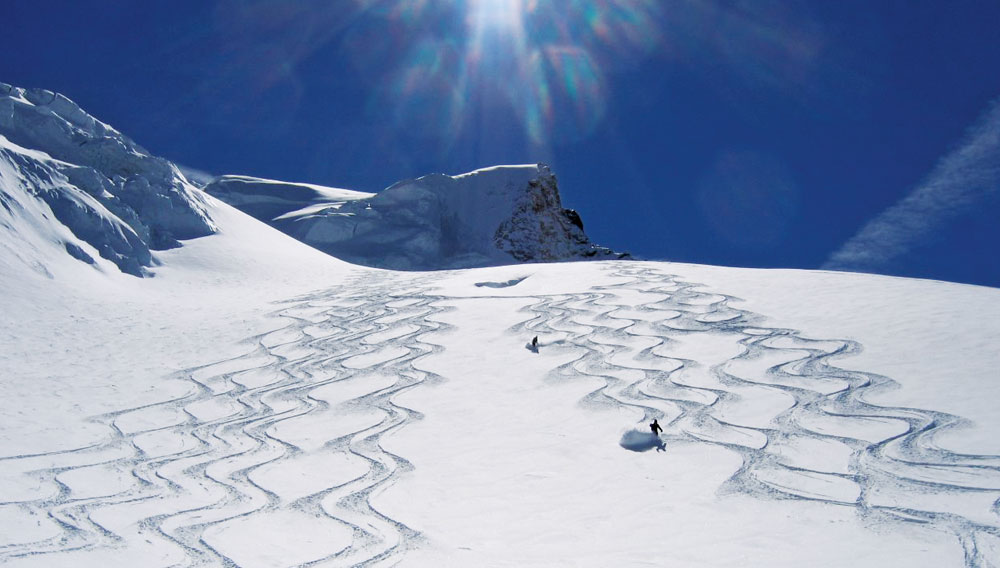 As we hovered over Paradise Peak—a 9,800-foot summit 25 miles west of Sun Valley, Idaho—my guide, Lel Tone, assured me that I would have no problem skiing the waist-deep powder below us. I have skied black-diamond-rated mountains throughout the world, but I rode chairlifts to the tops of all those groomed slopes; this was my first experience with helicopter skiing, and I was obviously antsy.

By contrast, my travel companions—four experienced heli-skiers and heli-snowboarders—looked absolutely jubilant as the chopper neared our first drop-off. The trip, which included two days of heli-skiing and an overnight stay at a backcountry lodge, was arranged by EpicQuest, a 2-year-old travel outfitter that pairs clients on extreme adventures with exceptionally skilled guides, such as Tone.

The spunky, blond Swiss-American has a decade of experience as a heli-skiing guide. Also a 13-year member of the Squaw Valley Ski Patrol, she has earned Level 3 avalanche certification, which means few people are better trained to recognize the signs of an impending snow mass.

In addition to heli-skiing in Sun Valley, EpicQuest’s offerings include surfing and heli-surfing trips to Indonesia and the South Pacific and mountain-biking treks through East Africa, Europe, and North America. Prices range from $1,100 per person for a day of Sun Valley heli-skiing to $17,500 per person for 13 days of surfing in the Marshall Islands. EpicQuest also can arrange custom adventures with high-profile professional athletes, such as a week of heli-skiing in Alaska’s Tordrillo Mountains with Olympic gold medalist Tommy Moe.

Accompanying us in Sun Valley was EpicQuest founding partner Nick Thomson, a 32-year-old New Zealand native who met the company’s other founders while on a heli-snowboarding trip in Alaska. “Once you’ve gotten into these extreme sports, you want to be better, and you want to experience them with the best in the world,” said Thomson, who surfs daily when he is home in Northern California. “You want a private lesson from them. But even more, you just want to go skiing with them.”

When the helicopter touched down, we followed Tone’s instructions and climbed out into the snow and crouched next to the helicopter. Then, like the others, I held my gear down with one arm and shielded my face with the other.

After the helicopter lifted off and the violent flurry created by its departure cleared, we hurried into our bindings, alone in the utter quiet of the Sawtooth National Forest. “Just bend your knees and hop in the direction you want to turn,” Tone yelled as she disappeared down the slope, setting an S-shaped track for us to pattern. I threw my weight forward, resisted the urge to carve into my first turn, and bunny hopped my skis left, then right, then left. Once I found my rhythm, I might as well have been flying over the snow, which felt like bubble bath frothing beneath my skis.

At the end of the run I removed my skis and crouched with the group as the helicopter approached. I held one arm across my face, shielding it from the impending spray and hiding a telling grin.