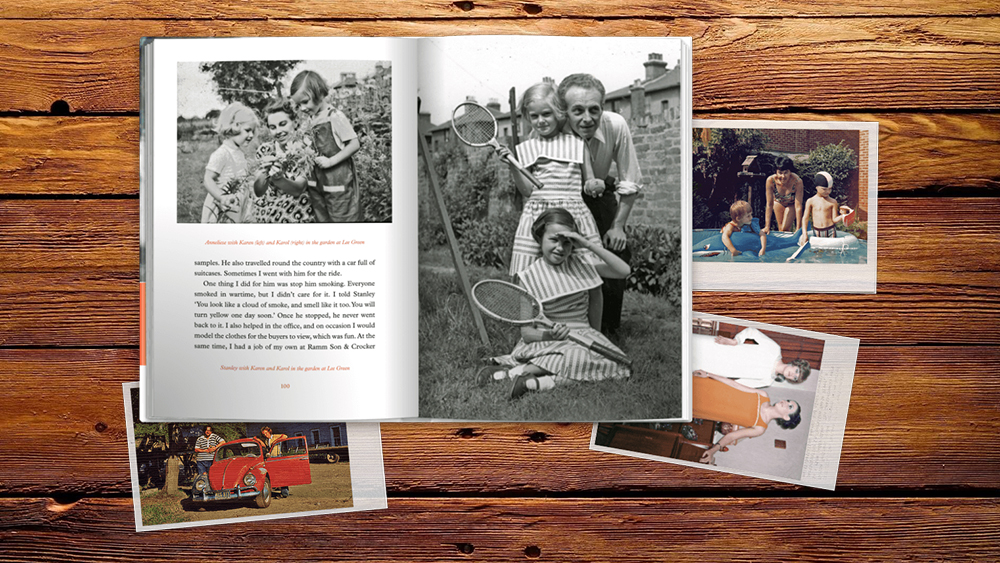 Cheryl Strayed turned her triumph over addiction into the bestselling book and movie, Wild. President Obama’s doorstop-sized recollections, A Promised Land, sold a record-setting 1.7 million copies last year—and that was only part one. As for Eat Pray Love, Elizabeth Gilbert’s story about her globetrotting search for purpose in life, it’s morphed from memoir into meme, and then some. These authors didn’t just have extraordinary lives in common, though; they also had the skill, connections and know-how to turn them into published books. Many others might have equally astonishing life stories, but lack the means to share them with the world—or they did, until now. Enter Story Terrace, a company with one mission: creating memoirs on demand.

The company, with offices in London and Los Angeles, was founded by onetime management consultant Rutger Bruining, inspired by the stories of derring-do his war hero grandfather used to recount as a child. “My grandfather was a great, old-fashioned storyteller, who was in a resistance group in World War II, and then worked as a doctor in the Caribbean,” Bruining tells Robb Report, “He told me such fascinating stuff, in great detail, and I should have done better, writing it down.”

Rutger set out to help other families avoid his mistake by hiring Story Terrace. Its central service centers on memoir production, but packages on offer vary in detail and complexity. The best option is the premium tier: a critically acclaimed writer will conduct 30 hours of interviews and research to produce a 60,000-word book, which will then be published and promoted via a custom plan—all for just $27,500. The firm has a roster of more than 600 writers on its books and adds more each month; the day after we talk, Bruining was slated to spend the entire day on Zoom calls interviewing potential writers to add to his stable. They’re carefully paired with the subject, so there’s both expertise in the topic and empathy between them.

Bruining says that half his customers want to tell their own story. “A lot of people, when they retire, think it’s a fun thing to write their own autobiography, and they might write five sentences before they realize it’s not as fun as they thought.” The rest receive it as a gift: 70th and 75th birthdays are common occasions, as are wedding anniversaries; mostly it’s younger people, children or grandchildren, gifting the memoir to older relatives, keen to bank their stories much as Bruining regrets he didn’t.

Those life stories vary wildly, of course, but he’s learned they usually have one thing in common: a happy ending. “When people look back at their lives, they tend to see their struggles as stepping stones to who they are, not problems. It’s pretty universal to look back on your life and see it positively.”