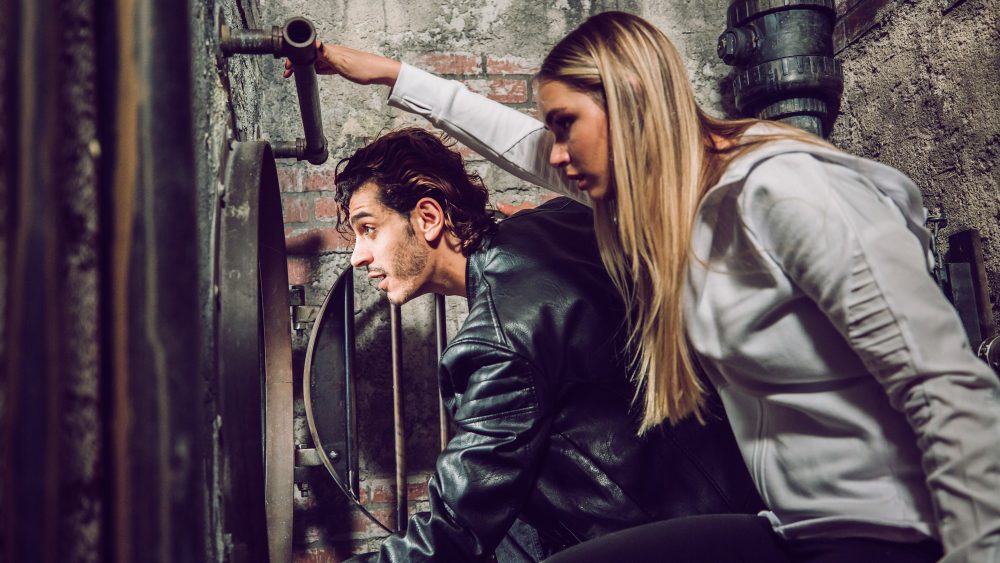 The brainiacs of New York City just scored one more place where they can flex their gray matter. The Escape Game in Midtown Manhattan is the latest riff on the classic escape room and it’s got a uniquely luxurious touch.

For those unversed in escape rooms (non-nerds), they’re basically the real-life equivalent of a point-and-click adventure game. Players are locked in a room and use the objects and clues scattered around the area to escape within the time limit.

If you’re wondering how this puzzle play could be turned upscale, it’s all about the details, according to the New York Post. Each of the five rooms within this expansive new venue—which occupies former bank vault on Madison Avenue—has been fitted out with no expense spared.

The “Gold Rush” experience features multiple rooms—which can only be accessed by solving puzzles—a lush forest landscape and cabin along with high-tech smoke machines to create that all-important atmosphere. The other themed rooms—Special Ops, The Heist, Playground and Prison Break—are just as meticulously imagined.

The best part is every experience can be customized—so, if you’re heading along after work and feel a little brain-fried, you can opt for an easier room. Similarly, the difficulty level can be increased if you’re Einstein-level clever. The guides simply modify the clues they give gamers depending on how quickly the team is completing challenges.

“We try to make it so the game rewards everyone,” The Escape Game’s CEO Roger Clayton, told the Post. “The country-strong East Tennessean and the math Ph.D.”

To ensure the games and puzzles are suitably top-notch, the co-founders tested out hundreds of escape rooms in 15 different countries to see what made each particular one a success.

Ready to put your skills (and patience) to the test? The Escape Game is located at 295 Madison Ave. and costs a neat $41.99 per person.

Check out more pictures of The Escape Game below:

The Playground Room  The Escape Game