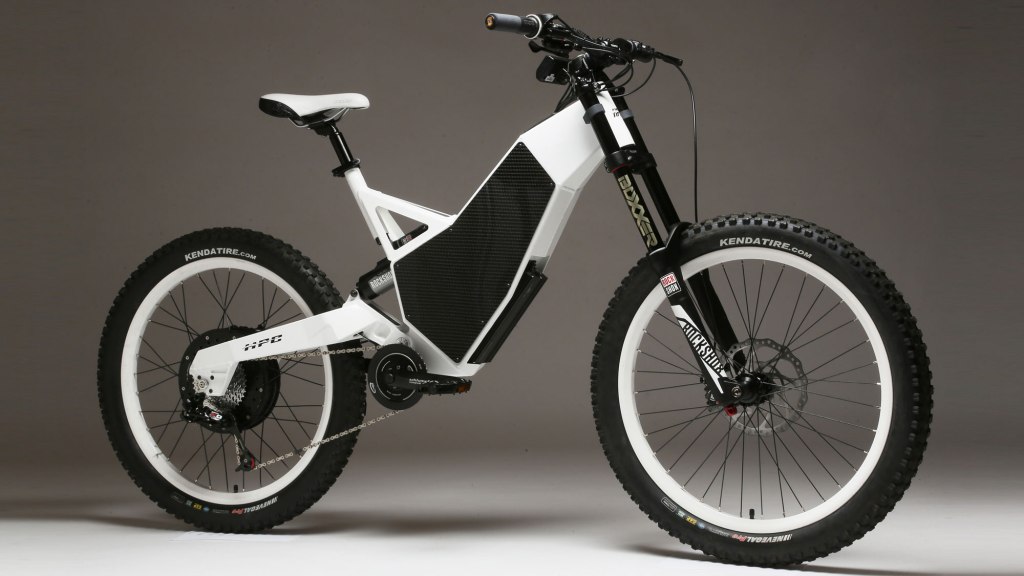 You say you want a Revolution? Earlier this month, California bicycle maker Hi-Power Cycles introduced its 2017 premier electric bike line, the HPC Revolution series. Developed by a team of aerospace engineers (including one former employee of Nasa’s Jet Propulsion Jet), the Revolution line comprises five models (priced from $8,800 to more than $11,500). But the standout of the pack is the flagship HPC Revolution X.

One of the most powerful electric bikes on the market, the Revolution X is equipped with a 5,000-watt motor that can assist the rider in reaching speeds of up to 50 mph—or up to 60 mph with an optional 6,000-watt power plant upgrade. The bi-wheeled brute is delivered in a more docile state, with its motor capped at 750 watts and its top speed limited to 20 mph. But the company provides re-programming instructions that will disable these pesky limits as long as the rider pinky swears to only use it off-road or on private property.

Built to tackle untamed dirt roads and rugged mountain trails, the bike is equipped with a top-of-the-line suspension system that not only improves comfort and performance, it also saves weight. Minimizing heft was also a primary goal during the development of the bike’s aluminum frame, which weighs just 12.8 pounds—making it the lightest frame of its type available.

Each Revolution X is built from scratch by a single master craftsman, who helms the construction process from beginning to end, finally marking it with his or her signature when the bike is complete.