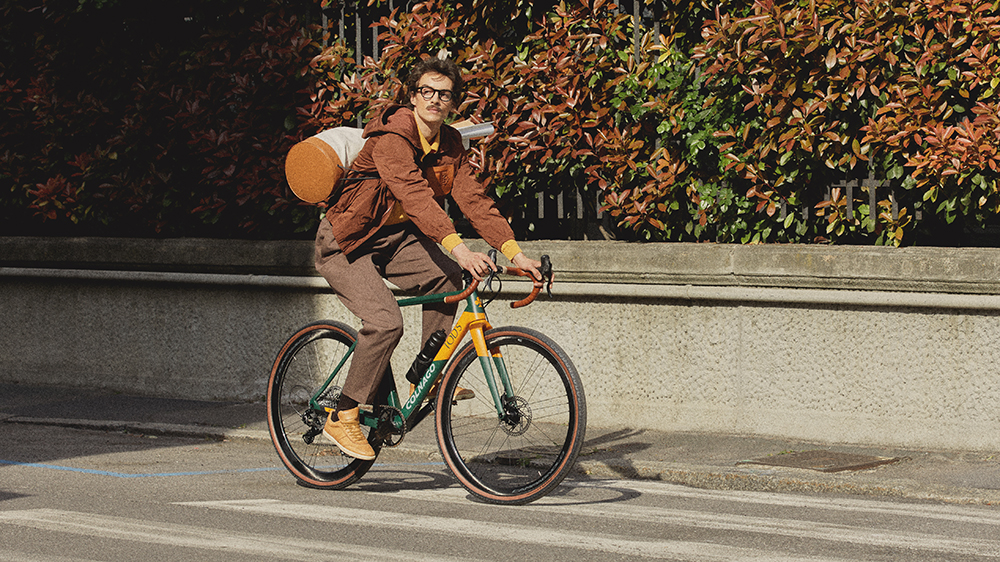 Tod’s is gearing up to launch one of its sportiest collabs yet.

On Tuesday, the fashion house opened pre-orders for its new “T Bike” that was made in partnership with bike maker Colnago. The Italian duo revealed the two-wheeler, with racing green and tan orange colors, for the first time during Salone del Mobile 2022 at the Tod’s Milan Montenapoleone flagship store, earlier this month. Sporting a carbon fiber frame, the G3-X model (a Colnago original) is designed for gravel and capable of tackling both rugged and urban terrains. It’s also meant to evoke Tod’s classic aesthetic and Colnago’s manufacturing process.

The limited-edition T Bike features parts sourced from many of the world’s leading car and bike manufacturers, from Italy and beyond. Those elements include: the groupset and wheels from Vicenza-based bicycle company Campagnolo; tires from esteemed F1 tire maker Pirelli; the lightweight stem and handlebars from Dead Elementi; and a saddle made by Brooks.

Tod’s made its mark on the bike’s aesthetics too—most notably with the addition of supple leather to the handlebars, the brown contrasting tire stripe and the pebbled-saddle covering. Both brand signatures on the down tube help tie it all together.

The T Bike being used in a home setting.  Tod's

“Tod’s and Colnago, two ‘made in Italy’ excellencies, are founded on the value of traction, craftsmanship and innovation,” says Tod’s in a statement. “These values translate the message of Italian lifestyle into a contemporary language for the new generation, who celebrate the active spirit and energetic lifestyle of our time, with a particular focus on eco-mobility.” Colnago adds to that by claiming “Tod’s T Bike interprets the desire for sustainable mobility with style and reflects Colnago’s desire to go beyond the traditional horizons of hi-performance cycling to explore new languages and new scenarios.”

Aligned with the bike launch, two products from Tod’s have been reimagined as special editions, including the Tod’s Tab sneaker and its two-tone windbreaker. The fashion house updated the pieces by utilizing new white leather with contrasting suede inserts the kicks and offering new technical fabrics in blue, tobacco and khaki with leather details for the jacket.

The Tod’s T Bike is releasing in a limited-edition run of just 70 units. You can pre-order your own now for $17,900. European shoppers will also be able to buy the bike online using Bitcoin cryptocurrency. Talk about getting with the times.