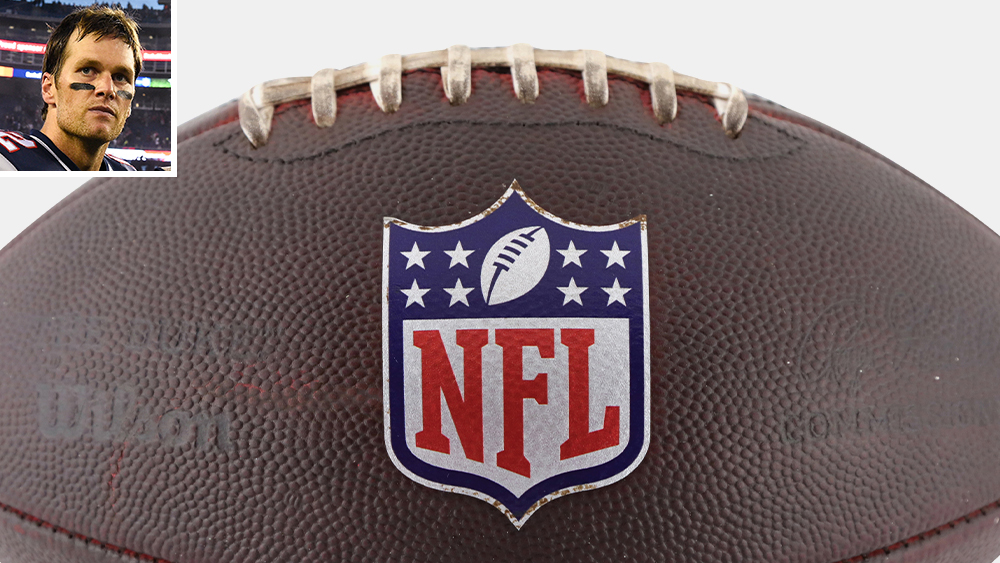 Tom Brady may never throw another touchdown pass, but you can now own an essential piece of his last one.

The football that was thrown by the seven-time Super Bowl champion to complete his last NFL touchdown pass is heading to auction at Lelands on Sunday. The fan lucky fan who caught the ball when it was tossed into the crowd after the TD play has now decided to cash in, according to a report.

ESPN reports that the fan, who wishes to remain anonymous, was attending his first Buccaneers game and didn’t think of the football’s potential value until Brady announced his retirement after 22 seasons in the NFL earlier this month.

The ball in question comes from Brady’s final TD pass in the fourth quarter of the Tampa Bay Buccaneers’ 30-27 loss to the Los Angeles Rams in the NFC divisional playoff game on Jan. 23. With 3:20 left in the game, Brady threw a dart to wide receiver Mike Evans, who ran it in for a touchdown and then promptly threw the ball into the crowd.

Stitching detail on the ball  Lelands

It’s fair to assume Evans didn’t know that it was going to be Brady’s final touchdown throw because the Bucks were mounting a comeback at that time. Plus, Brady, who at 44 was still playing at an elite level, gave no clues that this would be his last game. However, this is the second time Evans has perhaps mistakenly given away a milestone Brady football to a fan this year. Earlier in the season, Evans tossed Brady’s 600th career touchdown pass to a fan in the end zone. Fortunately, that didn’t cost anyone directly out-of-pocket; the fan exchanged the ball with staff members for a trove of memorabilia, including two signed Brady jerseys.

Lelands told WFTS-Tampa Bay that Brady’s final TD pass football could be worth $1 million. Whether the auction bears that out is an open question, but it aligns with other items auctioned off of the NFL great.  Brady’s first career NFL touchdown football, after all, sold at auction for $428,841 last year, and other pieces of memorabilia—from game-worn jerseys to his 2017 Cadillac Escalade—have also commanded six figures. More recently, Brady’s autographed rookie card sold for $1.23 million at auction last month.