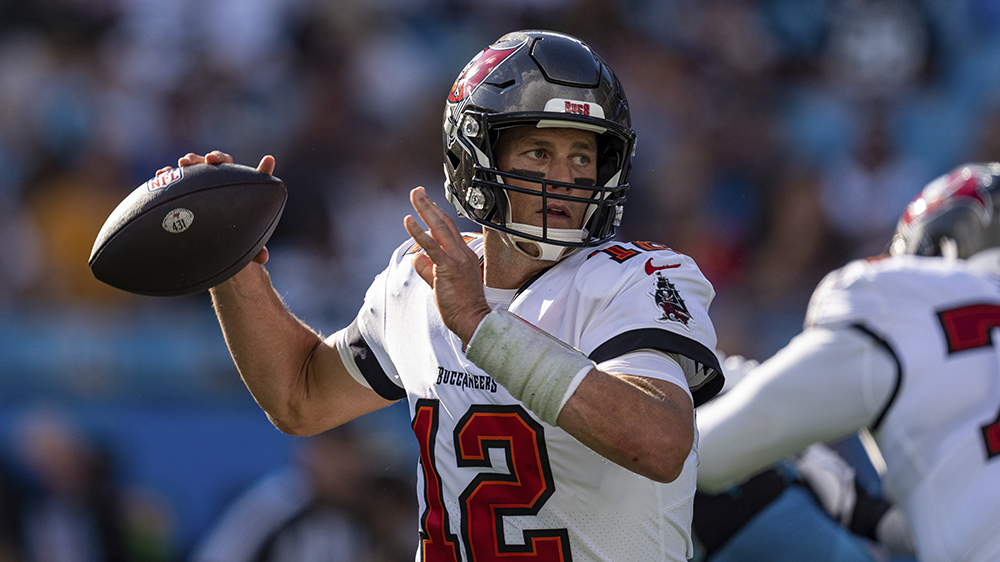 One of the GOAT’s greatest of all time jerseys has just been listed for auction.

The Tampa Bay Buccaneers shirt in question was worn by none other than star quarterback Tom Brady in a victorious match against the Atlanta Falcons earlier this year. The customized garb was put up for auction by Goldin on December 21, and has since attracted a ton of attention, with bids climbing from $100,000 to $300,000 in just eight days.

With another 10 days left on the sale, the auction house expects the collectible will easily hit seven figures.

“This is an incredibly unique item from one of the greatest athletes of all time and one of the most important cultural figures of a generation, and I expect the eventual price realized to reflect that,” Ken Goldin, founder and executive chairman of Goldin, told Robb Report. “Based on what we’ve been seeing, I wouldn’t be shocked if the final price for this amazing jersey reaches $1 million.”

The jersey is expected to reach $1 million.  Goldin

That hefty hammer price is due to the singular nature of this particular jersey. It was donned by Brady when the Bucs defeated the Falcons 44–27 at Raymond James Stadium in Tampa on January 3, just a few weeks before the team’s Super Bowl win against the Kansas City Chiefs.

The all-black size 44 Nike jersey features Brady’s iconic number “12” in white and red on the front, back and shoulders, along with a gold “C” captain’s patch on the upper right chest. On the back, Brady signed his name and inscribed “SB LV MVP” on the “1” while he added the date “1-3-21” and his game stats “26/41 for 399 yards and 4 TDs” on the “2.” He also emblazoned the jersey with “G.O.A.T.” for the first time, pointing to his status as NFL’s putative “Greatest of All Time.”

The jersey was signed by Brady himself.  Goldin

“This jersey is the only one we know of that Brady inscribed G.O.A.T., which suggests that it is truly one of a kind—a one of one,” Goldin added.

What makes the jersey even rarer still is the fact that the pro footballer rarely parts with such items.

The jersey, which was has been photo matched by Sports Investors Authentication, leads Goldin’s Holiday Auction that will wrap up January 9. Other highlights include an autographed LeBron James rookie card and one of Kobe Bryant’s game-worn jerseys, but Brady’s piece is sure to be the greatest.