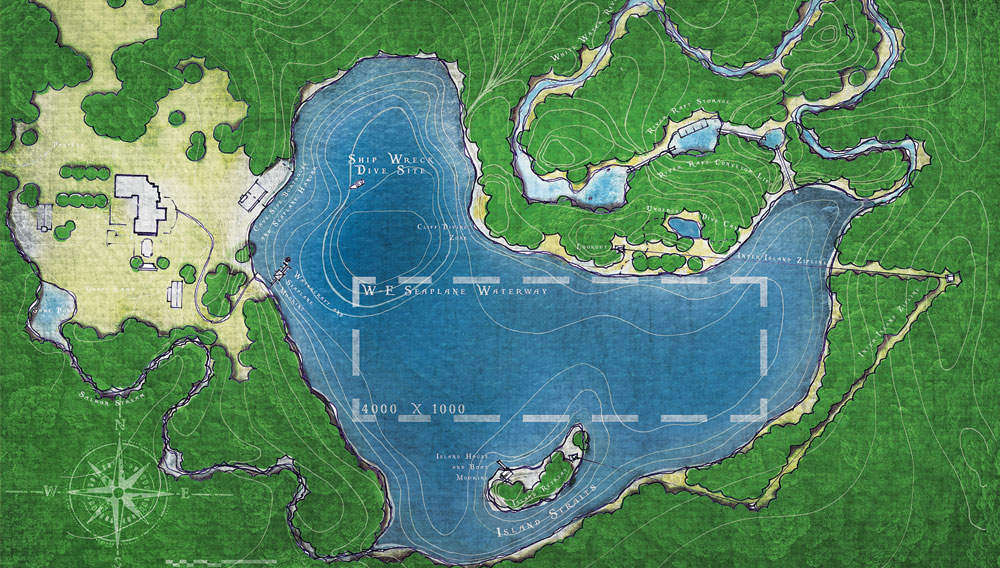 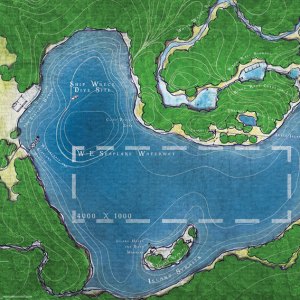 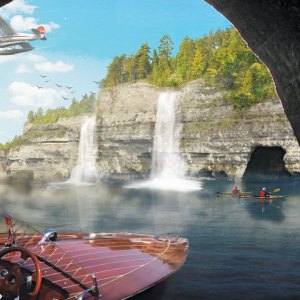 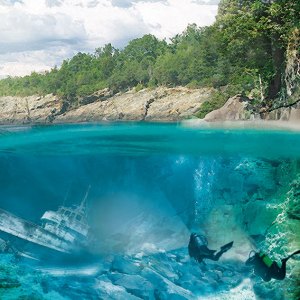 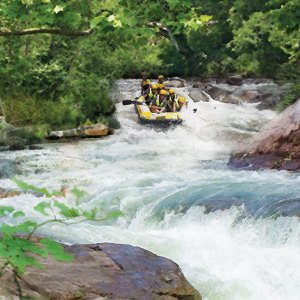 A 900-acre backyard lake with a sunken ship for scuba diving, an island accessible by zip line, a mile-long river for white-water rafting, and more.

Mother Nature has a fine complement in Chris and Frank Kane. The Chicago-area siblings, through their landscape firm Kane Brothers Water Features, restore wetlands and create ponds and other aquatic systems that can serveas both swimming pools and flourishing environments for local wildlife. “Almost all of our water shapes rely on a natural ecosystem, rather than chemicals, to maintain pristine water quality,” says Chris, who cofounded the company with his brother in 1994. “We set the stage to let nature thrive.”

Kane Brothers’ work has been recognized by the National Wildlife Federation, which recently certified one of the firm’s private ponds in suburban Chicago as a functional, environmentally sound habitat. The company’s many projects for private residences have also included swimmable koi ponds, sculptural rock gardens, carved stone fountains, and even a five-waterfall cliff made with more than 150 tons of imported boulders. With their offering for this year’s Ultimate Gift Guide—a 900-acre backyard lake that will accommodate a range of outdoor activities—the Kanes plan to set a new high-water mark for aquatic design.

The brothers’ concept involves a natural-looking, 5,000-foot-wide lake where the gift’s recipient, family, and friends could enjoy everything from kayaking and stand-up paddleboarding to kitesurfing and sailing. On the lake’s northwestern end, Chris envisions a seaplane hangar and an overwater stone cave made for boat storage. Just beyond the cave would be a 40-foot-deep scuba-diving site anchored by a sunken 80-foot naval cargo ship.

To the south, the lake would be flanked by a 50-foot-high cliff made from limestone, granite, or another stone of the recipient’s choosing. From this cliff, guests could use mountain-climbing equipment to rappel down into the water, or ride a series of zip lines to a 6-acre island to the west. “When was the last time you used a zip line to get to an island?” Chris asks.

In addition to zip lines, the island would be accessible by sailboat, speedboat, personal watercraft, and just about any other vessel the recipient desires. The lake’s boating options would also include white-water rafting down a mile-long rapids course that spills into the eastern cove, where a large conveyor belt would return boats back to the starting point.

The Kanes emphasize that the lake would be wholly customizable and could be built in a variety of locations, from the flatlands of the Midwest to the foothills of the Sierras. Ideally it would be in a location with a mild climate that receives regular rainfall, but the brothers will not shy away from a challenging plot of land. “One of the most rewarding things we do is to take a place that may seem undesirable and create an amazing natural space,” Frank says.

Depending on the lake’s location and water temperature, game fish such as bluegill, catfish, and bass could be added both for recreational fishing and to support a natural habitat that might eventually include local species of birds, frogs, and other animals. The critters would contribute to an environment that, according to Chris, would be equal parts enthralling and calming. “With this many features it’s stimulation overload,” he says. “But you can turn it off. It can also be a beautiful, quiet, serene getaway.”

The lake will require at least three years to design and build. The price does not include the cost of land.