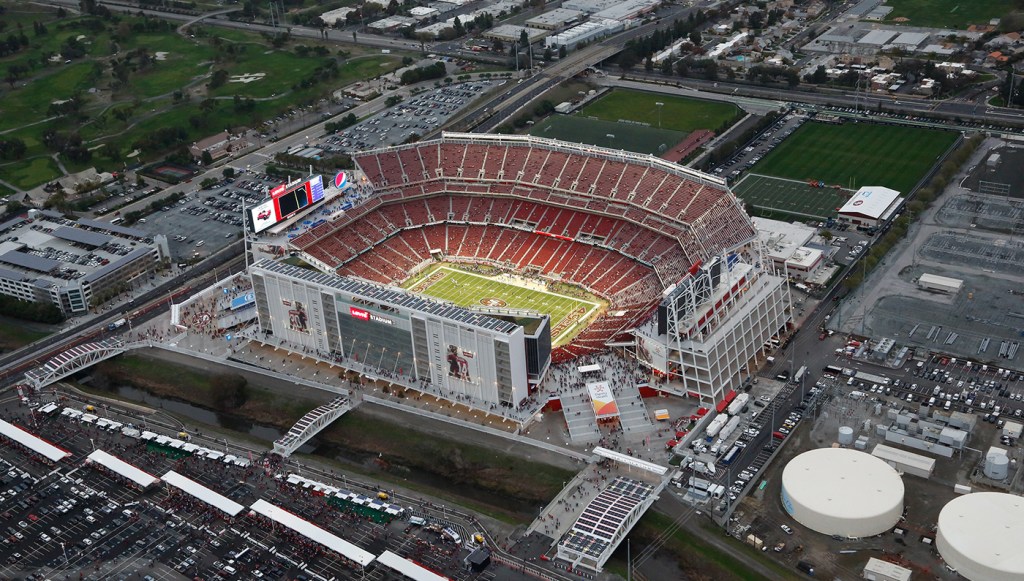 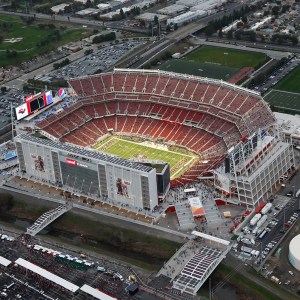 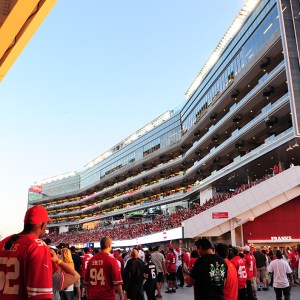 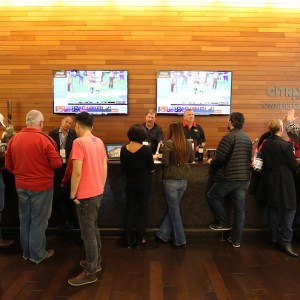 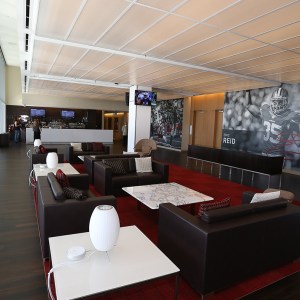 An event as monumental as Super Bowl 50 requires an equally epic venue, and the National Football League certainly scored with Levi’s Stadium in Santa Clara, Calif., and its unparalleled presentation of game-changing amenities. When the two as-yet-to-be-determined teams vie for victory on February 7, the 1.85-million-square-foot arena is sure to be one of the most heralded hosts in history as it raises the bar on bespoke fan experiences.

Opened on July 17, 2014, the new home of the San Francisco 49ers football franchise seats 68,500 spectators and had over 2 million visitors in its first year of operation alone. Exclusivity abounds with 9,000 club seats and 174 luxury suites that have access to six private clubhouses, all featuring gourmet-cooking stations, and a full-service bar and lounge. Another four lavish lookouts are open to a select 70 suites and include the Citrix Owners Club (with 22 of its own suites and state-of-the-art conference space), the 27,000-square-foot NRG Solar Terrace, and two Trophy Clubs fit with fireplaces and multiple cocktail bars.

Each suite is replete with upholstered theater seating, numerous flat-screen televisions, and gastronomic cheer from top-tier catering. Every attendee throughout the facility, however, can avail themselves of the Levi’s Stadium mobile app that provides food, beverage, and merchandise delivery directly to any seat, along with real-time viewing from your smartphone or tablet—including on-demand instant replay.

And it is easy to go gourmet on game day thanks to celebrated chef Michael Mina’s in-house Bourbon Steak and Bourbon Pub restaurants. Winner of the James Beard Foundation’s Best Chef award in 2002, Mina also offers his singular Tailgate experience (reserved for season ticket holders) that comprises a five-course menu based on the region of the opposing team during each week of the regular season. But even the concession fare is far from standard, as 25 live-fire kitchens prepare over 180 menu items ranging from hormone-free hot dogs to Asian barbecue rice bowls, curry dishes, and clam chowder. There are even 32 vegan selections such as jackfruit barbecue pulled sandwiches and ribollita stew with arborio rice and organic kale.

The luxury also extends to libations. Appellation 49, an oenophilic offering to suite holders, culls California’s finest wines from over 60 boutique vintners, many not readily available to the public. The rotating list highlights world-class wineries such as Far Niente, Flowers, Sea Smoke, Schramsberg, and William Cole. Varietals are available by bottle to enjoy on site or to bring home and, in turn, wine partners generously support the 49ers Foundation, a charity dedicated to assisting local underprivileged youth. In addition, six wineries are invited to host a tasting at the Citrix Owners Club during every home game. For those who prefer sipping on suds, the stadium also pours 40 craft beers, with many local, seasonal selections on tap.

With the posh platform provided, all of the action on the field may seem ancillary. But regardless of who takes the title after the final whistle, anyone fortunate enough to tackle a ticket to this gridiron gala is sure to walk away a winner. (levisstadium.com)