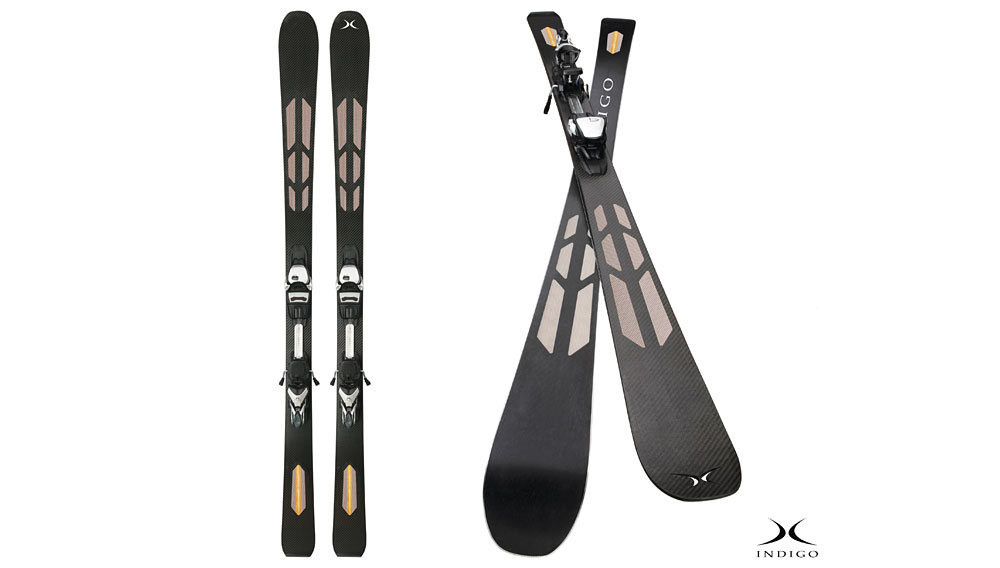 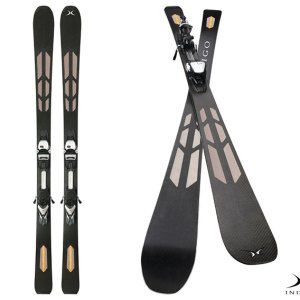 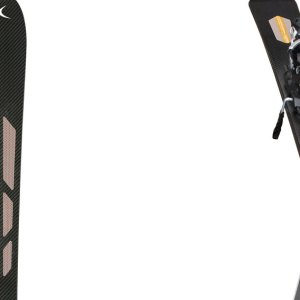 When Thorsten Schwabe and Gregor Baer, the founders of German ski company Indigo (www.indigosnow.de), visited the United States a few years ago they noticed a clear distinction between American and European skiing. While in Aspen, they observed that many U.S. skiers were taking to the slopes in wider skis than what a typical European skier would use—almost half an inch wider, in fact. Snow conditions at most North American ski resorts typically yield more powder than in Europe, which is where a wider ski comes in handy. Seeing an untapped niche, Schwabe and Baer returned to Germany and set their sights on building a wider ski, one that would be versatile enough to adapt to off-piste powder and also to the harder, packed snow found at most European ski resorts.

To accomplish that, they reverted to a combination of bamboo and carbon fiber (the bamboo for its strength and durability, the carbon fiber for its lightness). Utilizing a honeycomb-designed core and layers of various types of carbon fiber, Schwabe and Baer created the Concept One—a ski slightly more than three inches wide that was light enough to handle powdery conditions but strong enough to provide a solid grip through the turns on firmer, groomed trails. However, the Indigo team also realized that by layering various types and thicknesses of carbon fiber, they could affect how the ski’s camber would change with the outside temperatures, which further enhanced the ski’s adaptability to mountain conditions. And because Indigo sources its carbon fiber from an independent German supplier, Schwabe and Baer could continue to tinker with those combinations until they maximized this effect and the overall performance of the ski. “We can change the thickness and the type and the combinations of carbon fiber,” says Schwabe. “You have a lot of possibilities if you produce the carbon fiber for yourself.”

Constructed almost entirely by hand, a pair of Concept Ones costs €3,595 (about $4,600) and is the result of two full years of research and design. Though ample time was spent at the workbench to determine the best dimensions and configurations of carbon fiber, in the end, Schwabe and Baer created 10 pairs of the skis, each one slightly different, and took to the slopes to gauge which iteration worked best. “You can think about it a lot and you can measure it a lot,” Schwabe says, “but at the very end, you have to ski it.”