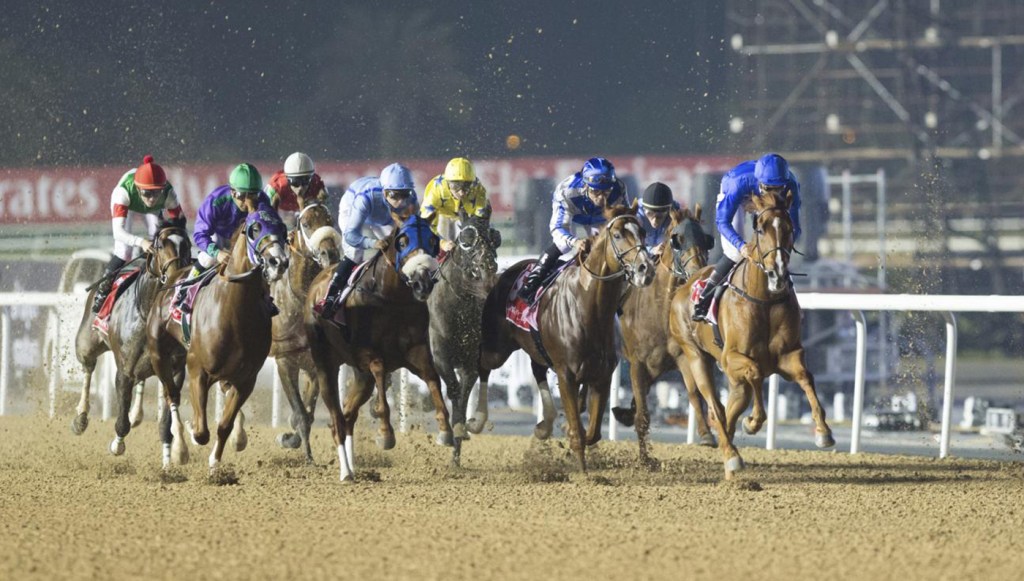 It’s known as the sport of kings, and with this year’s coronation of a Triple Crown winner for the first time in more than 30 years, horse racing’s elegance and excitement are back in the saddle. There’s simply nothing like hearing dozens of hooves thunder down the stretch as the crowd goes berserk.

Part of that excitement of course, comes from the thrill of gambling. People have played the ponies since time immemorial. But even centuries of experience and today’s technology haven’t made it any easier to pick a winner. We spoke with Andy Serling, a Saratoga Springs, NY, native who’s been watching the horses run for 40 years and is a horse-racing analyst for the New York Racing Association and Fox Sports 1. He gave us a few words of wisdom on how to win big at the track and not lose it all down the stretch.

Do Your Homework The best way to make money at the track is to thoroughly familiarize yourself with the track program, which is also known as handicapping. The program will have information on each horse’s past performances, including where it ran, how it ran, and who rode it. As with anything else, knowledge is power. It’s impossible for anyone to divine in advance which horse will win the race. Your best, uh, bet is to mine past performances to try and get a handle on future outcomes. But it won’t be easy, since track programs can be confusing for a novice. Ask a lot of questions, and if you can, go to the track with someone who has experience betting on horses. It could pay off.

Listen Up Serling advises that you listen to the televisions and the loudspeakers at the track. About an hour or so before the races, they’ll start airing previews with experts talking about the details. And—we can’t stress this enough—the details are important. Listen to what the experts say about how a horse looks that day, how it’s run in the past, and more. Better yet, they’ll probably give their picks, too. You couldjust follow their recommendations. But where’s the fun in that?

Be Patient One thing Serling sees a lot of is beginners coming to the track and getting frustrated that they aren’t picking up on the details right away. He advises patience. “There’s too much to learn in just one day,” he says. “There’s too much to learn in a lifetime, honestly.” So give yourself a break, try your best, and remember: This is fun.

Jockey for Position How much the jockey matters depends on whom you ask. Being a jockey is not an entirely enviable job. Serling thinks they get too much credit for winning and too much blame for losing. A jockey’s job is basically to not screw up. For the most part, the best and fastest horse will win, and there’s not a whole lot the little man on its back can do to change that.

Wild Horses (Couldn’t Drag Us Away) If you can see the horses beforehand, you should. For one, it’s part of racing’s fun to see these majestic animals up close. But more practically for the bettor, if a horse is acting funny, or seems nervous, or is expending a lot of energy before it gets to the gate, don’t put money it. You want a calm, cool, and collected horse. Energy is to be spent during the race, not beforehand.

Favorites Are for Wimps “Don’t automatically bet on the favorite,” says Serling. “Nobody ever got rich in life by following the herd. The second or third horse is usually your best bet. They have a chance to win but they can also pay out.” He also suggests that it may be fun for beginners to bet on a horse to show—that is, to place first, second, or third. You won’t win as much as if you bet to win, but you’ll win more often. “Oh, and don’t bet the 30-to-1 shots either,” he adds.

Get to Saratoga Saratoga Springs is a pretty little town about a 3.5 hours’ drive north of NYC. It’s got a fun nightlife scene, and of course the famous Saratoga Race Course, where you can catch some of the best horse races in the country, come mid-summer.