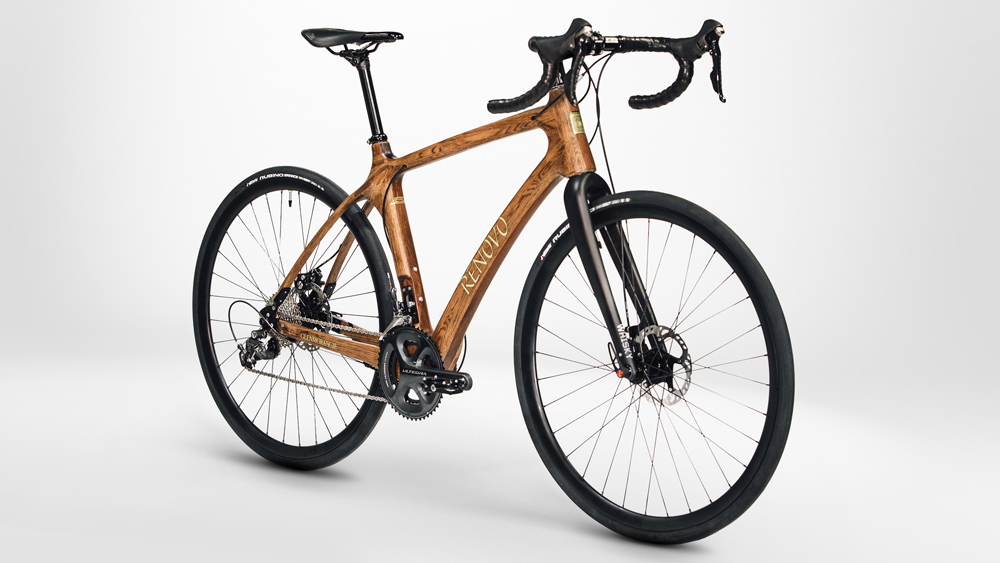 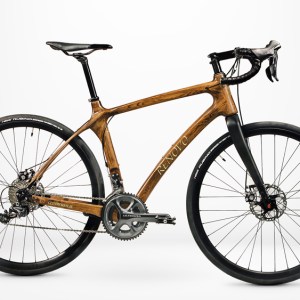 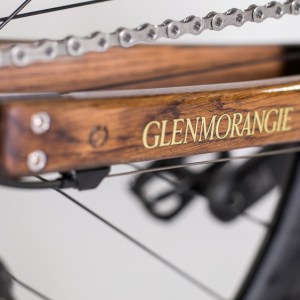 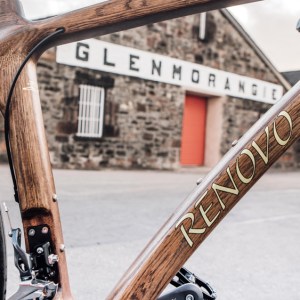 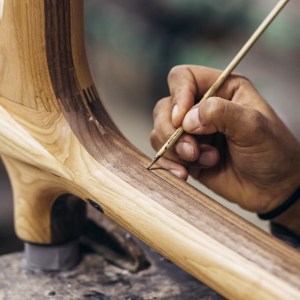 Those who appreciate both fine Scotch and cycling (though hopefully not at the same time) finally have a way to marry their two pleasures in the form of the Glenmorangie Original by Renovo bicycle. Born of a collaboration between the famous Scotch whisky producer and Oregon-based wooden bicycle manufacturer Renovo, the unique new bikes (announced just yesterday) are the first in the world to feature a frame constructed entirely from used whisky casks.

Unlike many distilleries that reuse their barrels as many as six times, Glenmorangie only matures two batches of whisky in its barrels to maintain the strong notes imparted on the spirit by first-fill casks. After their second use, the American white-oak barrels are broken down into individual staves and shipped to Renovo’s workshop in Portland, Ore.

Each hollow wooden bike frame requires approximately 15 staves to build. Once received, Renovo’s craftsmen kiln-dry the staves and smooth away the charred surfaces. The wood is then handcrafted into shape in a process that takes more than 20 hours per bike. The resulting frames beautifully showcase the grain of the wood and are polished to a lovely luster. Constructed in different sizes to accommodate various riders, the bicycle is designed with features that recall the barrel it is made from, such as the gentle curving of the top tube and down tube that echo that of a whisky cask.

More than just a showpiece, the Glenmorangie Original is meant to be ridden. In fact, the company points out that wood absorbs vibrations much better than carbon fiber. Plus, thanks to the frame’s hollow design and wood’s relative lightness, the bike weighs in at just 21.75 pounds. Further enhancing performance, the bike is equipped with premium components, such as Shimano shifting and hydraulic braking systems; custom, 28-spoke Velocity wheels; and a Selle Italia saddle.

The Glenmorangie Original for Renovo is the second entry in the Beyond the Cask series in which Glenmorangie partners with another company to find unique uses for its staves. (Last year’s entry was whisky-barrel-wood sunglasses made by Finlay & Co.) The launch edition of the bike is priced at $7,000, and Renovo is currently taking deposits.