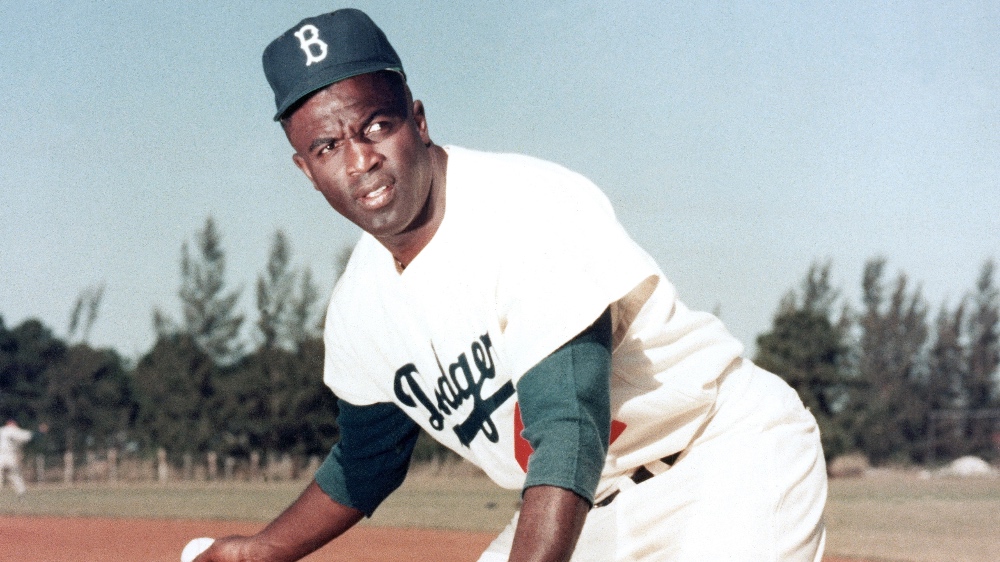 Jackie Robinson retired before Major League Baseball created the Gold Glove Award, but this glove the star second baseman used is worth more than its weight in gold.

Goldin Auctions is putting a mitt worn by the Hall of Famer on the auction block and it may sell for nearly three-quarters of a million dollars. The Wilson A2054 Professional Model Glove presumably dates to the Brooklyn Dodgers’ 1955 season, the year Robinson finally broke through and won a World Series.

The New Jersey-based auction house believes that the glove was most likely Robinson’s backup mitt, used primarily in warmups before the game. Hence, the glove is in good condition with no signs of re-lacing, according to Goldin. Authenticator PSA/DNA lists in its database that the Wilson was primarily used during the 1955 and 1956 seasons and the glove bears the “42” written on it that has appeared in mitts Robinson was photographed playing in.

This is only the second mitt to have been authenticated as used by Robinson, the 1949 league MVP who broke MLB’s color line two years before that. The glove comes from the collection of Jack Semel, a close associate to numerous players and executives from the organization and a longtime Dodgers ticket holder. Semel received it as a gift after the team moved from New York City to Los Angeles.

“When the Brooklyn Dodgers went to LA, a lot of players gave him mementos of their playing days in appreciation of the loyalty he showed them. Among these players were Gil Hodges, Jackie Robinson, Roy Campanella and Pee Wee Reese,” is written in the original letter of provenance for the piece of memorabilia.