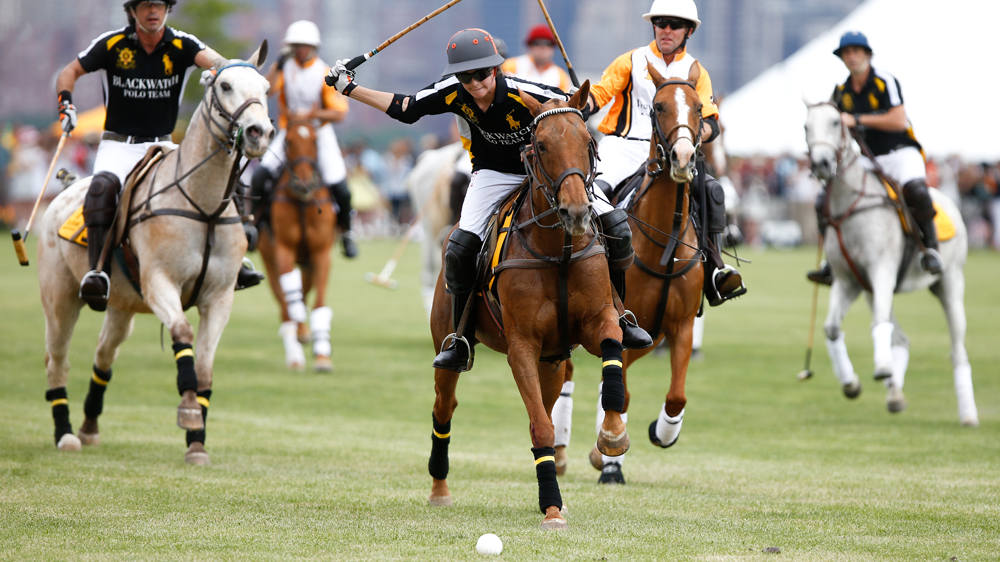 Summer is made for new adventures—and this season is your chance to work up a sweat as you take a swing at the sport of kings. England’s Spread Eagle Hotel & Spa in West Sussex is partnering with the legendary Cowdray Park Polo Club Academy to offer lessons with Guy Verdon, a professional polo player who has more than 30 years of experience on the field. Located walking distance from the hotel, the Cowdray has served as host to the annual British Open Polo Championship and is often referred to as The Home of British Polo.

The game of polo dates back to the 6th Century BCE and originated in Persia (now present-day Iran). The game was first used as a training tool for cavalry units in the king’s guard. Polo eventually migrated to India, where it was introduced to British military officers who established the Silchar Polo Club in 1859. From India, the game traveled to England in 1869, then on to Ireland, Argentina, and Australia.

At full speed, polo is a heart-pounding, ground-shaking sport for players and spectators alike. But rest assured: Lessons at the Cowdray Polo Club can be slowed and tailored to the abilities of the riders and can range from a one-hour one-on-one to a 5-hour-long group course. Verdon will touch on proper hitting techniques, game rules, and explain how riding “polo style” differs from all other types of riding. More advanced riders can expect to pick up some speed as they practice hitting and passing on one of Cowdray’s two lush polo fields—they may even partake in an informal scrimmage (referred to as an “educational chukka”).

When it’s time to break for lunch, guests can tuck into a picnic hamper stocked with fresh-baked quiches, local meats and cheeses, or saunter back to the Spread Eagle’s dining room for hearty steak and mushroom pudding and fried parsnip crisps. Plus, guests will take home a personalized, initialed polo stick at the end of the day.

The new polo lesson package with the Spread Eagle Hotel & Spa and Cowdray Polo Club Academy starts from $555 (based on two sharing a double room) and will be offered through September 30.