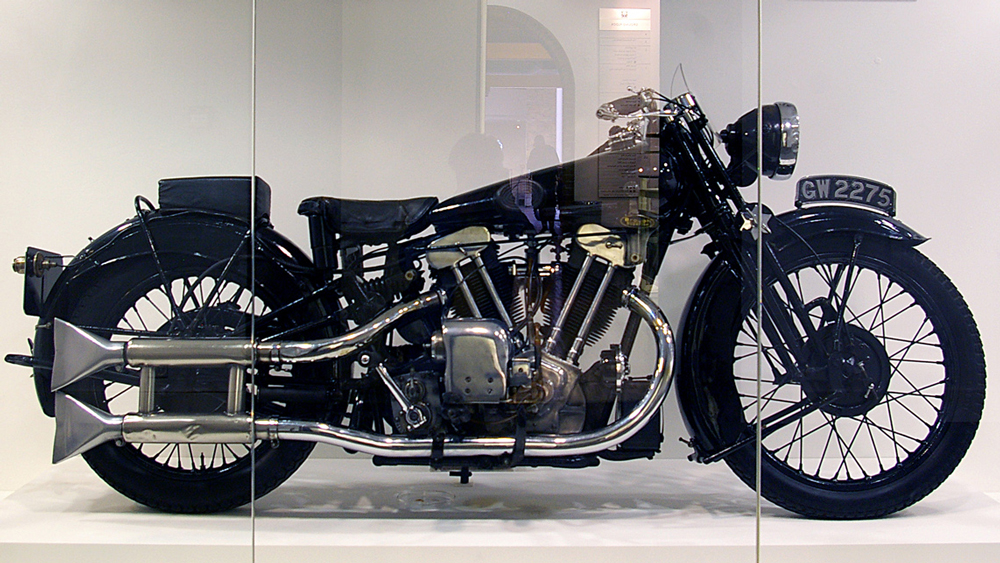 The world’s first superbike. The SS100 was delivered with a certificate signed by company founder George Brough guaranteeing that the motorcycle would crack the magic 100 mph mark. Using a 990 cc, air-cooled 50-degree V-twin engine, the SS100 punched out a remarkable 48 hp at a time when anything above 30 hp was considered enormous.

T.E. Lawrence—better known as Lawrence of Arabia—owned eight Broughs, including the one pictured here (model year from the 1920s). He eventually lost his life on one when he crashed near his home in Dorset, England. The Brough Superior name has since been resurrected by Mark Upham, with 21st Century SS100’s now being manufactured.