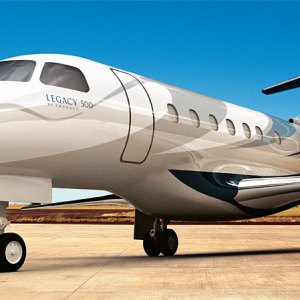 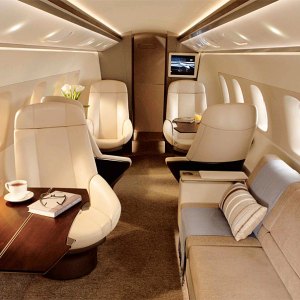 Embraer’s beginnings were humble. In 1960, the Brazilian aircraft manufacturer began designing its first model, the Bandeirante, a somewhat primitive turboprop that it planned to mass-produce in a São Paulo industrial shed at the rate of two planes per month. Forty-eight years later, Embraer—now a global aerospace powerhouse—is designing the Bandeirante’s latest descendant, the Legacy 500, a cutting-edge, midsize corporate jet that will hit the market in 2012. The 500, which lists for $18.4 million, will carry up to 10 passengers, with as many as eight fully articulating seats in a BMW-designed interior. The jet’s Rockwell Collins ProLine Fusion avionics suite will implement some of the industry’s most advanced technologies, and the latest-generation Honeywell HTF7500E engines will offer the best performance and efficiency in the Legacy line. Embraer is engineering this model to reach a 45,000-foot flight ceiling and to fly 3,450 miles nonstop—specs that would no doubt make the Bandeirante’s venerable designers proud.