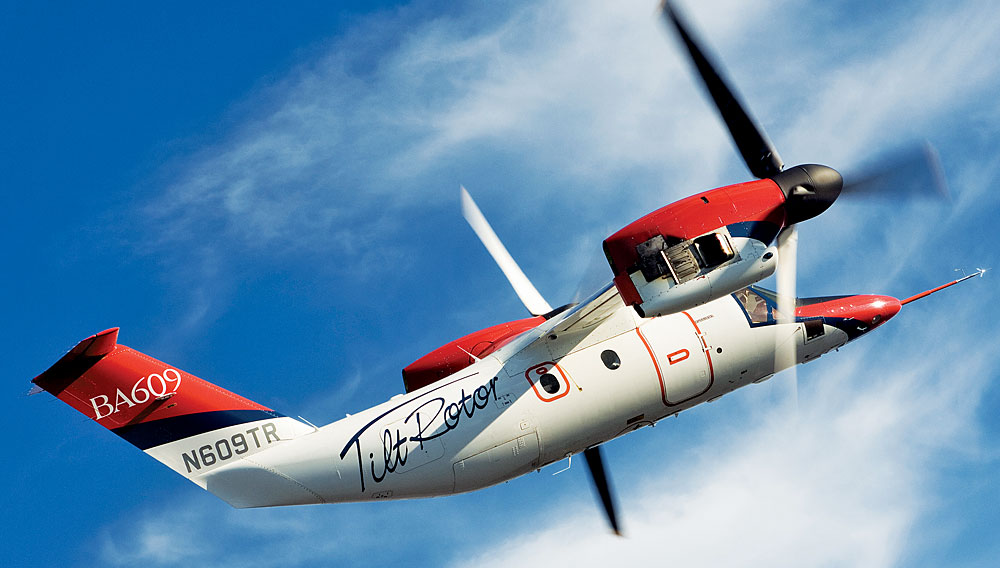 In 1998, Bell Helicopter and AgustaWestland Helicopter formed a partnership to develop an aircraft that they hoped would revolutionize executive travel. This new model would build on the tilt-rotor designs that Bell and Boeing pioneered with the V-22 Osprey, which is used by the U.S. military, but would feature a comfortable interior similar to that of a private jet. In 2003, Bell/Agusta Aerospace Company unveiled a prototype of the BA609, the first tilt-rotor intended for civilian use. Its design includes Pratt & Whitney Turboshaft engines to power the propellers, which are oriented horizontally during flight and rotate 90 degrees for vertical takeoffs and landings. The BA609 can fly more than 800 miles, cruise at over 300 mph, and reach a service ceiling of 25,000 feet. Both BA609s in operation have completed successful test flights, and two additional models will begin test flights in 2010. Bell/Agusta has taken some 70 orders for the aircraft and expects it to receive full certification in 2012.