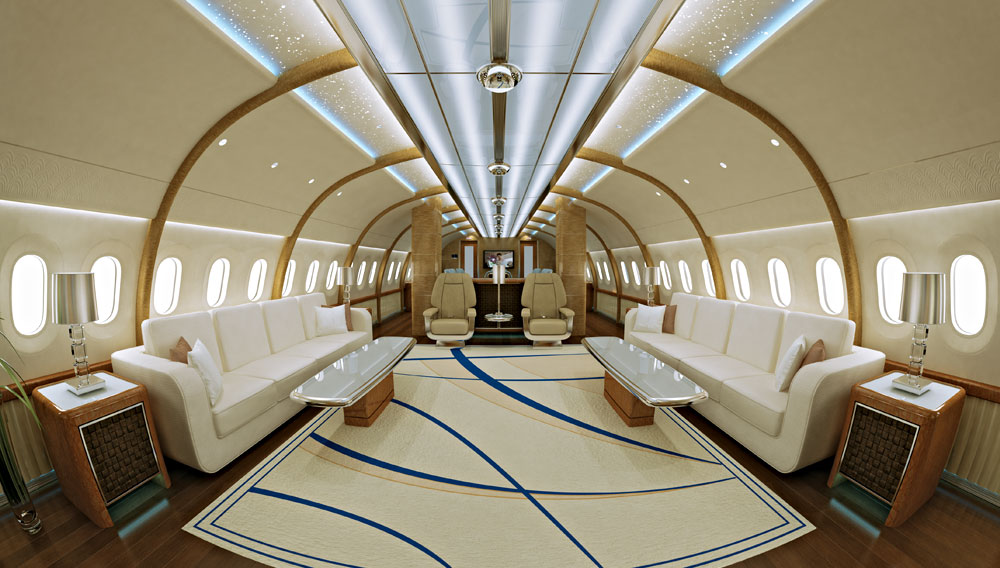 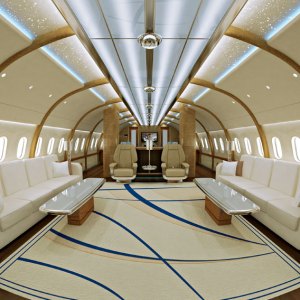 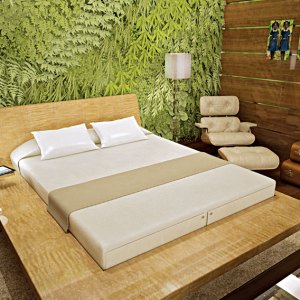 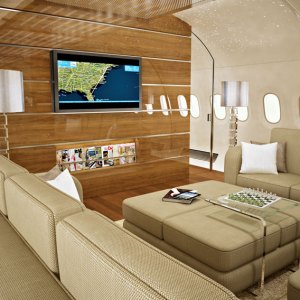 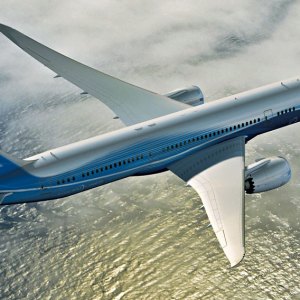 Starting at about $260 million

Edése Doret and his associates have created some three dozen jet interiors over the past 15 years, but the New York–based designer is best known for his work on the world’s largest aircraft, the double-decker Airbus A380, which seats more than 500 passengers in three-class commercial form. Commissioned by a Middle Eastern client, Doret’s design for the aircraft’s 6,640 square feet of cabin space included a pair of lounges, a grand staircase leading to the owner’s apartment on the upper deck, a 14-seat dining room, and an area made to look like the interior of a sheikh’s tent.

“It all begins with a visit to the client’s home, to look at what their tastes are and how they live,” Doret says of his design process. “Based on the information we gather, my team and I create a series of concept sketches for the client, which are presented in a series of follow-up meetings. Once the design is finalized, we go ahead and build out the interior.”

For a Robb Report reader, Doret will order and then customize one of the two private-jet versions of the Dreamliner, Boeing’s long-awaited wide-body jet. The 787-8 VIP is priced at about $180 million, and the longer variant, the 787-9 VIP, is about $200 million. In addition to designing a custom interior, Doret will create a unique exterior paint scheme for the plane. The price of Doret’s design project will start at about $80 million; that price does not include the cost of the jet.

The highly anticipated 787 is Boeing’s first commercial airliner made with lightweight plastic-composite materials. The 787-8 measures 186 feet long and has a wingspan of nearly 200 feet. The 787-9 is 20 feet longer. The range for both is about 9,500 miles; both have a cruise speed of 560 mph.

The 787 jets also offer an electric air-conditioning system (as opposed to a pneumatic one) that filters ozone, bacteria, and other contaminants from the air. For this gift, Doret proposes enhancing the air quality even more by installing what he calls living walls. These are panels of plants that would be positioned at the bulkheads along the passageway and in the bedroom, office, and bathroom. “In flight, the plants act as an air scrubber for the oxygen system, providing even fresher air,” says Doret.

He also notes that the cabin layouts of the 787 aircraft are relatively open and allow for a variety of arrangements. Throughout the cabin, Doret plans to install seats, upholstered with leather and high-end fabrics, that can swivel, recline, and lie completely flat. “They will also have built-in phones and controls for the cabin’s lighting and window shades and for the live regional television over the U.S., Europe, the Middle East, and Asia,” he adds.

Beyond numerous options for lounge and dining areas, other design possibilities include teak flooring throughout, mosaic wall tiles, an LED celestial ceiling, and liberal use of a polycarbonate material developed especially for aircraft to mimic the look and feel of glass. The possibilities for the design are nearly boundless. In other words, within reason—and FAA regulations—the sky is the limit.

This gift is available to one Robb Report reader. Because of the high demand and delivery backlog for the Boeing 787 VIP, the earliest delivery of the aircraft is 2020. Once the aircraft is delivered, the customization will require 24 months to complete.

Meet the Air One, the New Two-Person eVTOL You Can Park in Your Garage

This Hybrid VTOL Concept Has a Bonkers Diamond-Shaped Wing Design