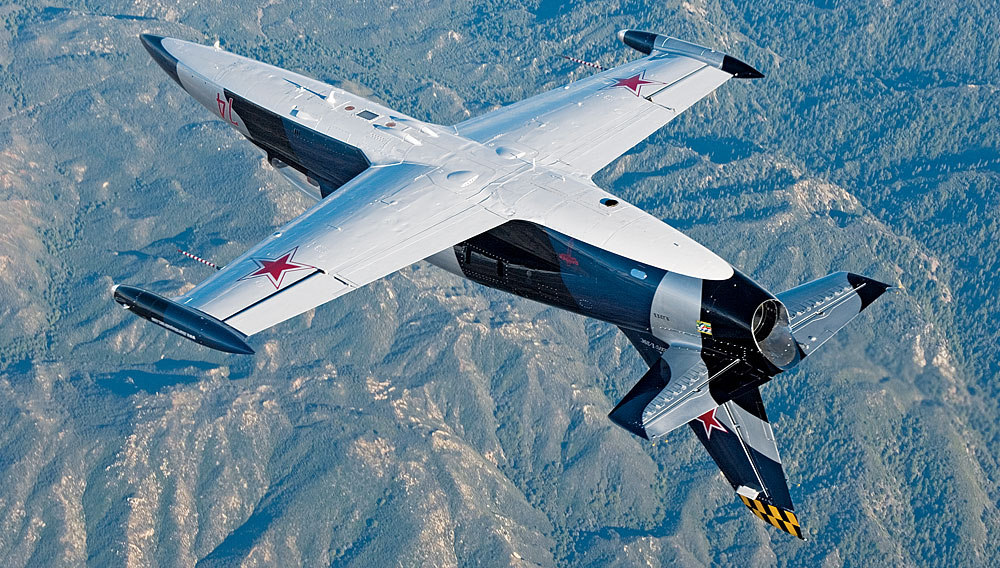 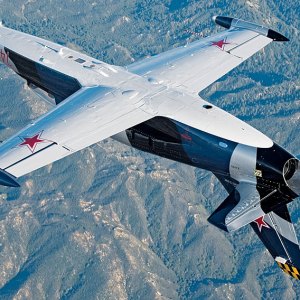 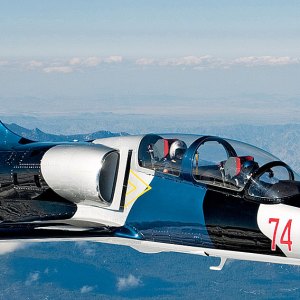 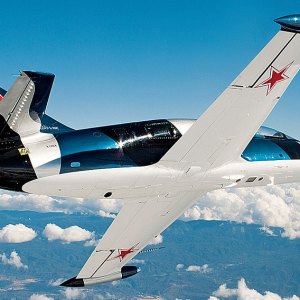 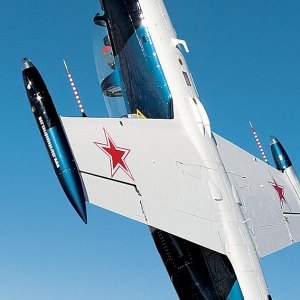 A four-day aerial training and combat experience for eight participants, culminating in a four-on-four fighter-jet battle.

An Aero L-39 Albatros fighter jet and a chance to earn jet-pilot certification.

Somewhere between six and eight times the force of gravity, you might feel woozy as the blood circulation to your brain slows and unconsciousness approaches. When this occurs, Clarke “Otter” McNeace, a Top Gun graduate and retired U.S. Navy pilot, will tell you to tighten the muscles in your body. This action, he explains, will help maintain blood flow to your brain and prevent you from passing out. In an aerial dogfight it is kill or be killed; g-loc (or g-force-induced loss of consciousness) can only help your enemy.

However, this gift’s dogfight does not involve live ammunition, and it does include highly skilled copilots, so that the recipient and seven guests can have the time of their lives without risking their lives. Safety is a specialty of Fighter Combat International (FCI), which operates out of the Phoenix-Mesa Gateway Airport in Arizona. Like McNeace, the company’s vice president of flight operations, all of the pilots at FCI are former military fighter pilots, with countless hours at the controls of military and aerobatic aircraft.

FCI’s standard offerings include various aerobatic packages (only someone with a stomach of steel should attempt such extreme maneuvers as tumbling) as well as aerial-combat experiences, during which participants take control of the aircraft. FCI guests typically fly the Extra 300L, an aerobatic single-engine piston capable of a positive or negative force of 10 g, a roll rate of 360 degrees per second, and speeds approaching 250 mph.

“There isn’t any fighter jet in existence that can match the 300L’s maneuverability and aerobatic capability,” says Paul “BJ” Ransbury, FCI’s president and chief flight instructor. The aircraft’s tandem-seating configuration allows FCI’s instructors to operate the majority of the controls from the backseat of the cockpit, giving guests the chance to sit up front and take the control stick during combat. The dogfighting is, of course, simulated, but a gunsight mounted inside the cockpit windshield, smoke generators, and combat sound effects provide a scary degree of realism.

For this gift, the recipient and seven companions will take over FCI’s facility for four days. Each participant can bring one guest to view the activities. After selecting their call signs (Weeble, Stormin, and Muff have already been taken by FCI pilots), the participants will team up with FCI’s Top Gun pilots, who will serve as mentors and copilots throughout the training and combat missions. During the first day, participants will train for air combat and aerobatic maneuvers while at the controls of a 300L, learning both offensive and evasive tactics. During the second day, they will upgrade to a Short Tucano T1 turboprop military trainer for more advanced flight.

On day three, participants begin training in an Aero L-39 Albatros, a high-performance fighter jet capable of climbing at a rate of more than 4,000 feet per minute. (The gift’s primary recipient will receive one of these warbirds, valued at $500,000, and have the chance to earn full jet-pilot certification.) When flying the Albatros jets, participants will achieve speeds faster than 450 mph.

The highlight of the experience takes place on day four, when the now well-versed participants engage in a four-on-four combat mission. One team in Tucanos will defend a target while the other team in Albatros jets will attempt to clear the way for a B-17 bomber to attack that target. FCI pilots in four 300Ls will escort the B-17, which FCI will fly in just for this experience. Participants’ guests will have the option of sitting up front in these escort aircraft, riding along in the B-17 as it attempts to “deliver the package,” or witnessing the battle from the ground.

“Participants will undergo an aerial combat experience like no civilians ever have before,” says Ransbury, who notes that because of the scale of this operation, the surest way to receive FAA approval is to conduct it as a movie production. Thus FCI will hire a professional film crew to document the mission. Cameras on the ground will supplement those mounted in the cockpits and on the wings of the jets. Each of the participants will receive a copy of the movie as a keepsake.

To cap off the experience, following the battle FCI will present a pilot’s jacket to each of the participants with his or her call sign embroidered into the leather. FCI will also present prizes such as the G-Monger award (to the pilot who remains conscious under the greatest g-forces) and, of course, the coveted Top Gun trophy.