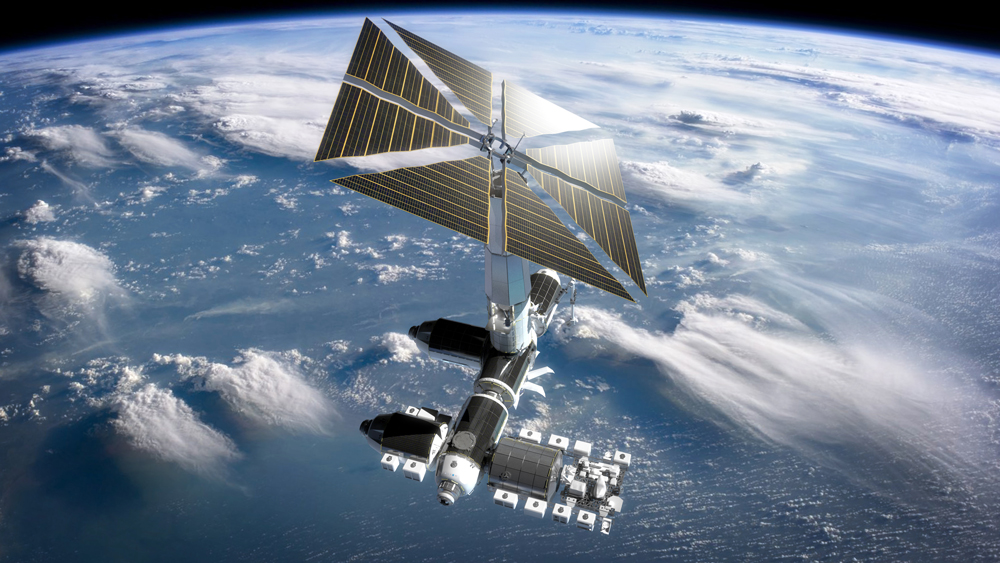 If you have a loved one who is fascinated by flight, space, and the possibilities of the future, it can sometimes be hard to find a gift that plays to these particular interests. Thankfully it becomes a little easier when price is no limit. (And the diligent efforts of hard-working futurists like Elon Musk are making your shopping a bit easier as well, we might add.)

From a trip to the moon to a flying motorcycle to a supersonic jet, the following five gifts all push the envelope of human ingenuity and could drastically change the way we live—and your giftee will have the bragging rights to say they were there first.

Though much ink has been spilled about space tourism, the industry remains in its infancy, with even short, suborbital flight yet to come to fruition. But leave it to Elon Musk and SpaceX to jump past all of that intermediary stuff—and shoot straight for the moon. Earlier this year, the company announced that Japanese entrepreneur Yusaku Maezawa will be the first civilian to orbit the moon. Well, him, and six to eight artists he admires, who will create various artworks based on their experience when they return. The trip will take place aboard one of SpaceX’s BFR rockets, and the flight will last about a week.

That first mission isn’t scheduled until 2023, so now’s the time to get the name of your gift recipient on the list for a subsequent flight.

Neither SpaceX nor Maezawa has revealed the cost of the trip, so you might want to comb your Rolodex for Elon’s number if you want more details.

A future in which everyone is flying around in personal jet packs is yet another sci-fi promise of the early 20th century that never came to pass. However, the idea has never been abandoned, and there are currently a number of jet pack designs being tested or used for demonstration flights, but unless you are involved with one of these companies, actually getting to fly one of these babies is a challenge.

This year, however, you can get the futurist on your list their very own personal jet pack at none other than Selfridge’s department store in London. Called the Gravity Industries Jet Suit, the contraption resembles Iron Man’s suit, with a central thruster worn on the back and two per arm that allow you to maintain stability and change direction. The suit is 3-D printed and has been clocked at up to 32 mph (though it can go much faster than that).

Only nine $373,310 jet suits are available on location or through the department store’s website, so make sure Santa gets his holly jolly butt in gear.

While not a new technology—the Concorde flew from 1976 to 2003—many are hoping that supersonic flight will come back in a big way this century. Heck, even NASA has started testing low-boom technology that will hopefully make breaking the sound barrier sound like nothing more than a thud on the ground.

One of the players leading the charge to make supersonic flight mainstream is Aerion, which is developing the AS2, a supersonic business jet. (The only civilian supersonic jets up to this point have been commercial aircraft.) The company says the AS2 will be able to reach Mach 1.2 (792 mph) without its sonic boom reaching the ground, thus enabling it to travel over landmasses with noise restrictions that would otherwise prohibit supersonic jets from passing overhead—although, the Unites States prohibits flying faster than Mach 1 in general, so those rules will have to be changed if supersonic flight over the U.S. is going to become a reality.

Currently, the company is planning on making its first flight in 2023, with the jet entering into service two years later. It also recently revealed the supersonic engine it will use on its jets at this year’s NBAA trade show. Just imagine the record time Santa could make if he had one of these.

When completed, the Aireon AS2 will cost $120 million. The company has already begun taking orders.

The hotel will hover approximately 250 miles above the earth  Photo: Courtesy Axiom Space

Axiom Space made headlines earlier this year when it announced that it would begin offering guests 10-day stays aboard the International Space Station beginning in 2020. Eventually, the company hopes to open its own commercial space station, where guests can stay in habitation models envisioned by famed designer Philippe Starck.

Now, you might want to talk this gift over with the recipient first, as it will take a significant commitment. Space travelers are required to go through 15 weeks of training before launch. But don’t worry, the Axiom station will have access to Wi-Fi, so you can post pictures of your adventure on social media.The trip is priced at $55 million, and you can express interest in joining an expedition through a form on Axiom’s website.

The future of short-distance travel may belong to vertical takeoff and landing (VTOL) aircraft. In addition to efforts by Uber to create an entire electric VTOL ecosystem, complete with infrastructure, there are numerous companies developing VTOL aircraft of their own. However, for the sheer cool factor, we would recommend getting your futurist friend one of HoverSurf’s Hoverbikes. Not only does it ride like a motorcycle, it is classified as an ultralight aircraft by the FAA, so you don’t need any sort of certification or license to pilot one—though we would highly recommend a training course. The electric aircraft will fly at more than 40 mph, has a range of up to 13 miles, and costs $150,000.