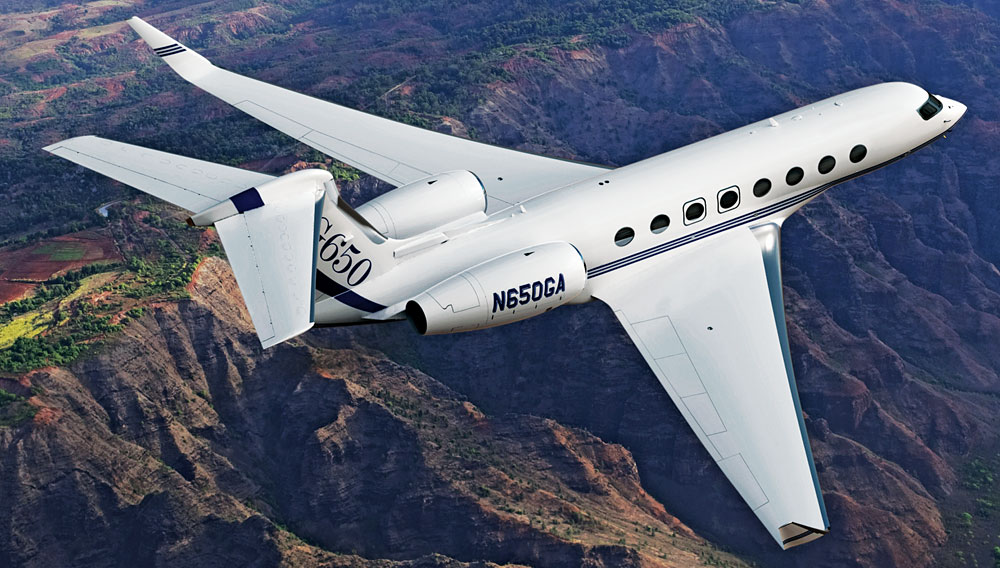 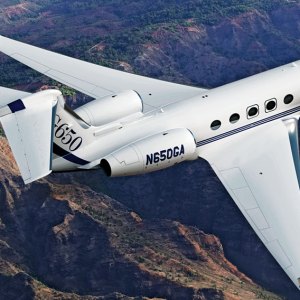 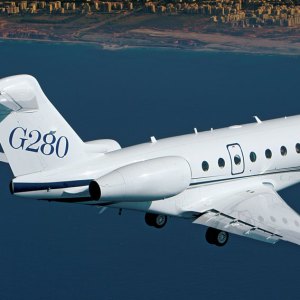 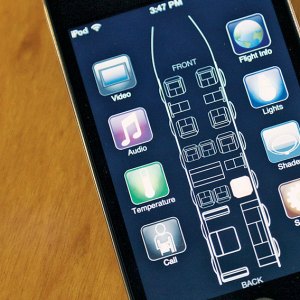 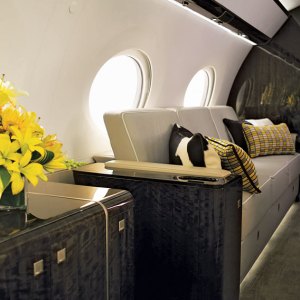 When it comes to aircraft design, the crystal ball is not always clear. Creating a business jet requires about 10 years from initial concept to entry into service and tens—if not hundreds—of millions of dollars to research, develop, build, and certify. So a misread fortune can cost, well, a fortune. This is why manufacturers do not take the development of new models lightly. They use every resource at their disposal to ensure that their aircraft are well received by the market.

Perhaps no business-jet manufacturer is better at removing the guesswork from the process than Gulfstream Aerospace, which is based in Savannah, Ga., and has been in operation since 1958. (The company was originally named Grumman Aerospace.) Gulfstream’s first business jet entered service in 1968. Its two newest business jets, the super-midsize G280 and the large-cabin, ultralong-range G650, both of which entered service late last year, demonstrate the company’s ability to see the future clearly.

Gulfstream currently has some 200 orders on the books for the $64 million G650, and production is backlogged until 2017. The G650 will remain alone in its market segment until Bombardier delivers its two forthcoming large-cabin, ultralong-range jets, the Global 7000 and Global 8000, which are expected to enter service in 2016 and 2017, respectively.

According to Gulfstream, the G650 has been the most successful launch in the company’s 55-year history and one of the entire industry’s most successful. Gulfstream worked to ensure this result from the time it began developing the aircraft, in 2003.

That year, as the company was preparing deliveries of the G650’s smaller sibling, the ultralong-range G550—which replaced the GV, a model that had come to represent the pinnacle of private aviation—Gulfstream’s R & D department, consisting of some 1,300 engineers, began asking, “What’s next?” And so began a several-years-long dialogue with customers, specifically members of Gulfstream’s Advance Technology Customer Advisory Team, or ATCAT. This group, whose members rotate out regularly to keep the collective perspective fresh, comprises Gulfstream jet owners and operators and other individuals active in the industry who are familiar with Gulfstream’s current lineup. (In addition to the G280, G550, and G650, the company also offers the midsize G150 and the large-cabin G450.)

During the early development of the G650, Gulfstream found that its customers wanted a jet that traveled even farther than the G550’s globe-hopping range, and they wanted the new jet to go faster. The ATCAT members also expressed a strong desire for a larger cabin with more natural light, lower noise levels, and improved pressurization, so that passengers would feel as though they were flying at lower altitudes. When completed, the jet that Gulfstream had begun developing would address all of those requests.

The G650 can travel more than 8,000 miles without refueling, which is farther than any other business aircraft, except for private versions of jetliners from Boeing and Airbus. With a top speed of 610 mph, the G650 is also the world’s fastest business jet currently in production. (The G550 has a maximum cruise speed of about 584 mph and a range of 6,900 miles.) Like all Gulfstream jets except the G280 and G150, the G650 is powered by Rolls-Royce engines. The G280 and G150 use smaller Honeywell power plants.

At the G650’s service ceiling of 51,000 feet, passengers feel as though they are flying at less than 5,000 feet, which is considerably lower than the cabin altitude of most airliners and significantly reduces passenger fatigue.

Gulfstream claims that the G650 and G280 have the quietest cabins of any of its aircraft, and that they are likely the quietest cabins in the industry. The cabins benefit from the R & D performed at Gulfstream’s acoustics lab. The facility is run by technicians who previously developed submarines for Gulfstream’s parent company, General Dynamics, which, among other interests, is the country’s sixth largest defense contractor. Lab workers can test the acoustic properties of cabin insulation materials in temperatures as low as negative-60 degrees Celsius, which is how cold it can be at the jets’ operating altitudes.

The G650 and G550 are certified to seat the same number of passengers, 18, but G650 passengers have more space. At 6 feet 5 inches tall, 8 feet 6 inches wide, and 46 feet 10 inches long, the cabin of the G650 is a few inches taller, more than a foot wider, and about 3 feet longer than that of the G550. The G650 has slightly less room for baggage than the G550—195 cubic feet compared to 226 cubic feet—but the newer jet has two more of Gulfstream’s trademark round windows than the G550 (the new windows are also 16 percent larger) and more options for interior configurations.

Gulfstream completes all of its interiors in-house. For the G650, the company offers 12 different standard configurations. Buyers also may choose to work with the Gulfstream completions team and design their own layout. Available options include a private office and bedroom, lavatories both forward and aft, and a full shower. Gulfstream will work with buyers to accommodate more outlandish requests, as long as they pass muster with the FAA. At the company’s sales-and-design centers in Savannah, Dallas, and London, customers can see and touch the options for upholstery, carpeting, and metal and wood trim.

The combination of ATCAT members’ wanting more cabin conveniences and the advents of the smartphone and tablet computer led Gulfstream to equip the cabins of the G650 and G280 with touchscreen controls and launch its Cabin Control app. When installed on their iPhone or iPad, passengers can use the app to adjust the temperature at their seat, open and close the nearest window shade, and select what to watch on the cabin’s video monitors.

While the G650 is a brand-new aircraft, the G280 is an evolutionary model, developed to replace Gulfstream’s successful G200. The new jet exceeds all of its predecessor’s performance capabilities. Indeed, with a range beyond 4,000 miles, a top speed of about 561 mph, and a 10-passenger cabin that is more than 6 feet tall, more than 7 feet wide, and nearly 26 feet long, the G280 is among the best-performing and most spacious super-midsize jets on the market.

Gulfstream has not released sales numbers for the G280, which has a starting price of $24 million, but it says demand for the jet is strong and that the global interest for all of its jets has increased in recent years. For example, the number of Gulfstream jets in China has grown from about 10 to well over 70 in the past six years. (Gulfstream used the model designate G280 because in Mandarin slang 250 is an insult meaning fool or simpleton.)

The company continues to service its customers around the globe with more than 3,700 workers assigned to product support. It also has over $1.4 billion worth of parts located around the world. For those reasons and because of such services as Airborne Product Support, through which Gulfstream will send a G150 with a technician and parts directly to an aircraft in need of urgent repair, Gulfstream is consistently named the top manufacturer for service and support by Aviation International News and other publications.

Despite its industry-leading aircraft and stellar service programs, Gulfstream has been absent from the multibillion-dollar orders placed in recent years by NetJets and other large service providers. While NetJets does operate a number of G200, GIV, G450, GV, and G550 aircraft, Gulfstream says that it prefers to sell its jets directly to individual customers. And why not? With a four-year, $12.8 billion backlog for the G650 alone, Gulfstream’s sales numbers seem just fine.

Now that Gulfstream’s two newest jets have entered service, the company says that it has begun the lengthy process of determining what new models to put on the drawing board. In other words, the folks in Savannah are again asking, what’s next? Maybe a G50 light jet or a G750 jumbo jet. Whatever it decides, Gulfstream certainly will not have relied on a crystal ball.