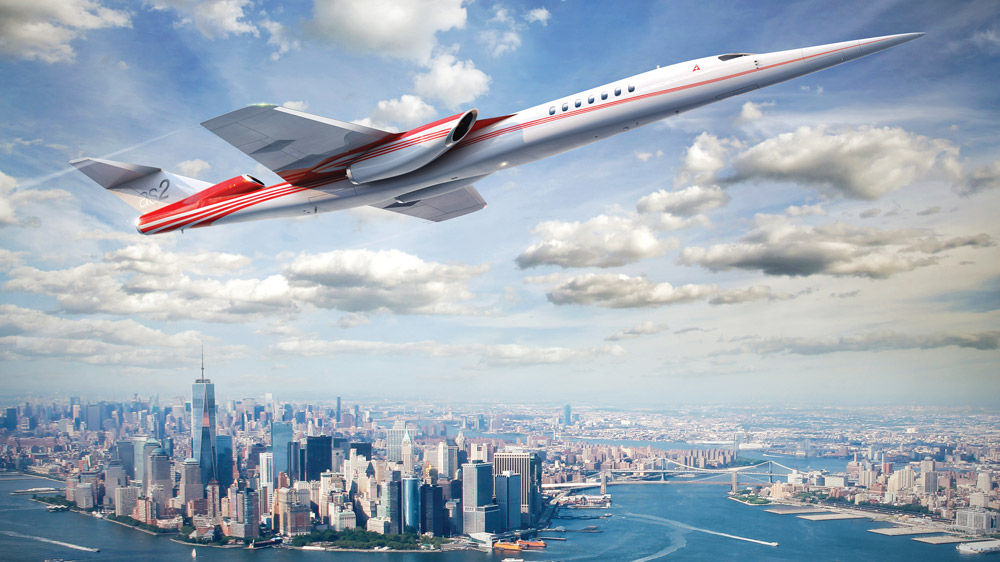 In some ways, the Aerion AS2 is a flashback to a time when you could cross the Atlantic in just three hours. But back then—from 1976 until 2003, to be precise—you made that trip aboard a commercial Air France or British Airways Concorde. The $120 million AS2 will enable you to fly faster than the speed of sound privately. It’s a business jet that will accommodate 12 passengers traveling as fast as Mach 1.4 (924 mph). Like the Concorde, it will save you as much as three hours when you’re flying across the Atlantic and up to five when crossing the Pacific.

The company behind the aircraft, Reno, Nevada–based Aerion Supersonic, claims the AS2 will be able to reach Mach 1.2 (792 mph) without its sonic boom reaching the ground, thus enabling it to travel over landmasses with noise restrictions that would otherwise prohibit supersonic jets from passing overhead. (Presently, the United States has a speed restriction of Mach 1 for civilian aircraft, not a sound restriction—and NASA is actively exploring new supersonic technology as well.)

Lockheed Martin—the company behind the F-35 fighter jet and the SR-71 Blackbird, a reconnaissance aircraft that could fly faster than Mach 3—recently signed on to help develop the AS2, which has been in the works for 15 years. GE Aviation will supply the engine. If all goes as planned, the AS2 will make its first flight in 2023 and enter service two years later, pending certification from the FAA and international aviation authorities.

Even if you’re not looking to invest in a supersonic jet of your own, you may still be able to enjoy its benefits when it arrives. Three years ago, Flexjet placed an order for 20 examples of the AS2, so you can buy a share of a supersonic business jet if you need to save a lot of time just some of the time.