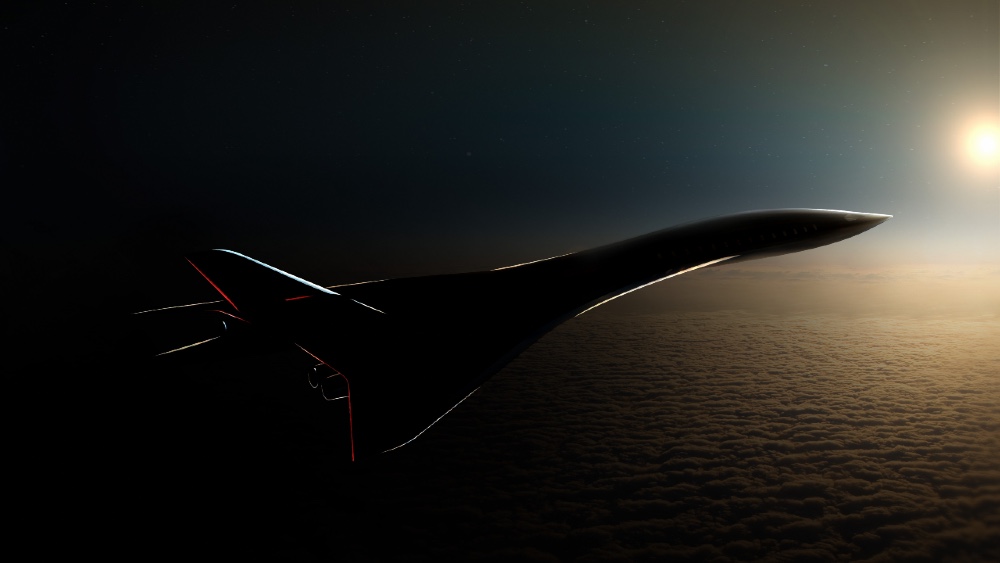 A new supersonic commercial airliner was announced on Monday, one that its designer and manufacturer says will reach speeds of Mach 4-plus. Aerion said the AS3 will make its first flight before the end of the decade, with the ability to fly up to 50 passengers for 7,000 miles.

Aerion has already been working on the design of the smaller AS2 supersonic business jet for years and says production will begin in 2023. The company is building a new 100-acre headquarters and production facility in Melbourne, Fla., where it says it will produce 300 AS2 jets. It also recently announced that NetJets, the world’s largest fractional provider, has pre-ordered 20 AS2’s.

Earlier this year, Aerion expanded its partnership with NASA’s Langley Research Center. The company said it plans to accelerate “the realization of commercial high-speed flight and faster point-to-point travel, specifically studying commercial flight in the Mach 3-5 range [2302 mph to 3836 mph].”

The Aerion AS2 is the business jet version of the supersonic fleet. It will be going into production next year.  Courtesy Aerion

“The AS3 forms the next step in our long-term technology roadmap and will bring Aerion’s high Mach flight capability to a broader audience,” said Tom Vice, Aerion chairman and CEO in a statement. Our vision is to build a future where humanity can travel between any two points on our planet within three hours.” Vice did not reveal more than just a shadowy version of the rendering, saying the company would share more of the design later this year.

“Supersonic flight is the starting point, but it is just that—the beginning. To truly revolutionize global mobility as we know it today, we must push the boundaries of what is possible,” added Vice. “The AS3 forms the next step in our long-term technology roadmap and will bring Aerion’s high Mach flight capability to a broader audience.”

Vice told Robb Report in a recent interview that Aerion would be focused on sustainability, not only with its new facility, but also by using synthetic fuels and a process called direct air capture to lessen carbon dioxide output in the synthetic fuel that its jets will use. Vice also said that the company has created a “boomless” technology that will do away with sonic booms over land. “If you’re sitting in your home, you’re not going to want to hear the rattle of a supersonic jet,” said Vice. “There are now passive shaping technologies, but we’re designing active technologies to mitigate the sonic boom. We have to be a responsible supersonic design company.”