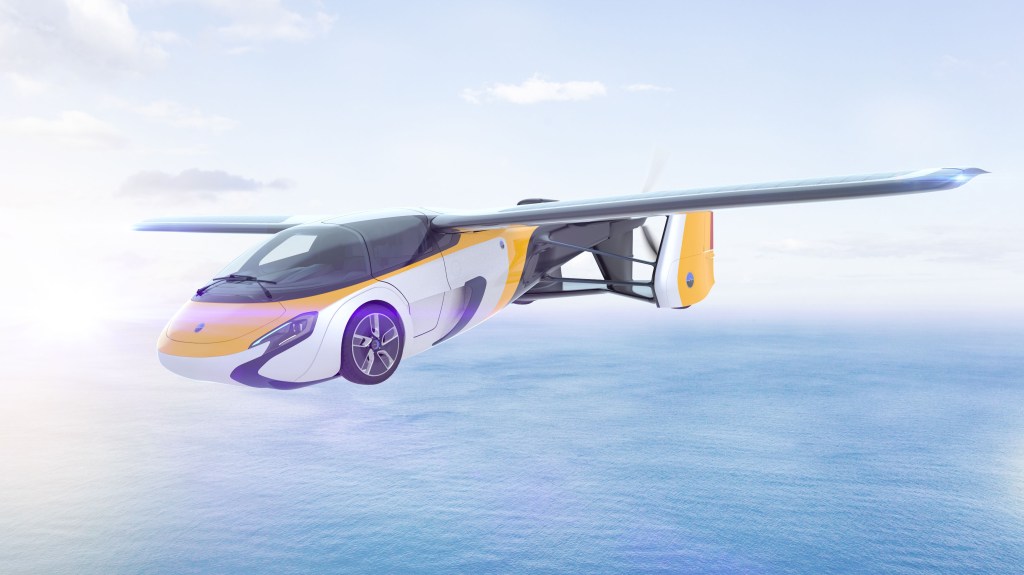 Few icons of the future have persisted as doggedly as the flying car—the dream of escaping from tedious commutes and traffic is irresistible, and inventors consistently create new designs and concepts. AeroMobil, based in Central Europe, has been in the game now since 2010, and has built an international team of more than 40 engineers and designers from eight countries. The team recently showed off version 4.0 of its vehicle at the International Paris Air Show, at Le Bourget Airport.

The AeroMobil concept is designed to work in today’s infrastructure. On the road, the vehicle can travel up to 100 mph for more than 400 miles. In the air, travelers can fly nonstop for almost 500 miles, while cruising at speeds up to 160 mph. The vehicle seats two, and can transform from drive mode into flight mode in less than three minutes, the company says. But to do that you’ll need to drive to an airport—the AeroMobil needs a runway to take off and land, and operators will have to be certified pilots.

The exterior is fashioned from carbon composites, to maximize strength while minimizing weight. When airborne, the vehicle is designed to be stable and predictable, the company says. For safety, the cockpit is fashioned from a high-strength monocoque structure, and in an emergency, the pilot can deploy a ballistic parachute that will bring the entire vehicle safely to the ground.

The company says it will start delivering the vehicles by 2020, and is taking pre-orders now. Estimated cost for the top-of-the-line model is about $1.4 million to $1.8 million.