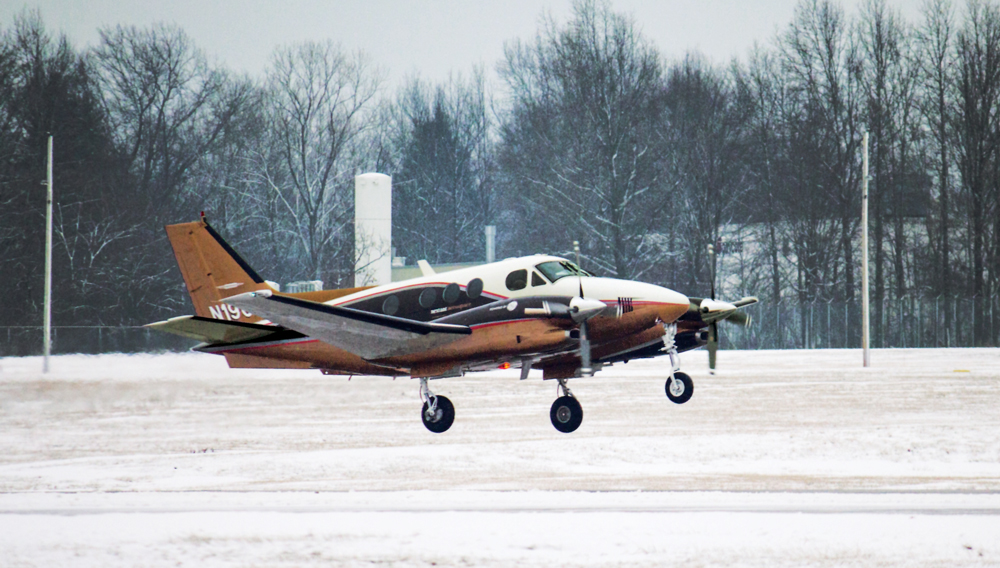 Nextant is ready to deliver its remade version of the world’s most popular turboprop.

﻿Nextant Aerospace plans to bring an example of its new turboprop to Geneva in May to display at the European Business Aviation Convention Exhibition, and then begin deliveries of the aircraft by September. The G90XT, which made its first flight in January, is a remanufactured version of the Beechcraft King Air C90A—a variant of an aircraft that has been in production since 1964 and has outsold every other business turboprop ever built. The G90XT promises slightly better performance than Beechcraft’s latest version of the King Air 90 series, the C90GTx, at about 70 percent of the purchase price.

Nextant strips down the C90A airframe and rebuilds it with new General Electric H75-100 engines that are more powerful, more fuel efficient, and quieter than the originals; a new Garmin G1000 flight deck; and a redesigned cabin that can be configured to seat from three to seven passengers. “Our forte is the cabin, and we’re going to focus a lot of attention there,” says Nextant president and CEO Sean McGeough. “When we come to market with that new interior, it’s going to be spectacular.”

Nextant, which is based in Cleveland, was founded in 2007 by Kenneth Ricci, who is a principal of Directional Aviation Capital, the investment firm that also owns private-flight providers Flexjet, Flight Options, and Sentient Jet. In 2011, Nextant introduced its first model, the 400XT, which is a remanufactured version of the Hawker Beechcraft 400 business jet.

When Beechcraft launched the King Air 90 series in 1964, the aircraft was lauded for offering the short-runway performance of a prop plane and the roomy cabin and range of a small business jet. Beechcraft introduced the C90 version of the King Air in 1971 and sold more than 500 examples in the next 12 years. The C90 and the various upgrades that followed (the C90A was produced from 1985 to 1992) became a favorite of small corporations and owner-pilots, and it was ubiquitous in charter fleets. About 2,100 examples of the C90 variants are still flying. Though not as popular as Beechcraft’s larger King Air 200 and 300 series turboprops, the C90 remains a top seller: The company delivered 21 examples of the C90GTx last year.

A new C90GTx costs about $3.9 million. Nextant has priced the G90XT at $2.6 million, and if a customer already owns a King Air C90A, it will upgrade that aircraft to G90XT specifications for $2 million.