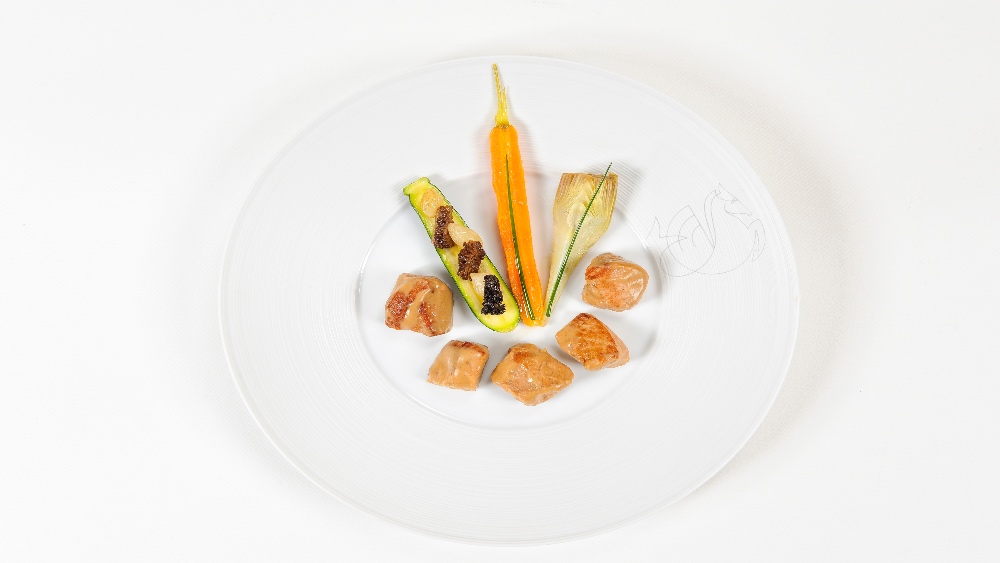 Airplane food doesn’t have the best reputation, but Air France is looking to change that.

Starting this month and running through October, the French airliner is introducing new Michelin-starred menus for customers on long-haul flights in their La Première and Business cabins.

For its La Premiere cabins, guests will be offered a menu of refined French cuisine by award-winning chef Michel Roth. It will include eight new dishes, an appetizer and a starter to complete the selection. Among the standout choices are a savory lobster with green asparagus in a raspberry vinaigrette and a rosemary chicken paired with stuffed zucchini or truffled polenta.

La Premiere is available on limited flights to Los Angeles, New York-JFK, Washington, DC, and San Francisco for its US routes. Travelers can also fly in the premium cabin on selected flights to Mexico City, Johannesburg, Dubai, São Paulo and Abidjan.

In business class cabins, the menu has been curated by three-Michelin-starred chef Anne-Sophie Pic, who has created another assortment of eight dishes from which to choose. Entrees include braised beef served with plum chutney, roast chicken with spelt risotto and beef stew with sweet onion consommé, among other options.

Both menus will offer revamped vegetarian dishes and pescetarian-friendly options for both cabins. Beyond the entrées themselves, the meals will be served on tableware from French designer Jean-Marie Massaud with a wine and champagne list curated by world-renowned sommelier Paolo Basso.

A salmon and zucchini dish is one of eight created by chef Anne-Sophie Pic for the business class cabins.  Patrick Delapierre/Air France

The new menus are a part of the airline’s commitment to offer 100 percent French produce and ingredients, including sustainably caught fish, on all of its flights from Paris in all cabins by the end of 2022. In an effort to reduce food waste, the airline has also committed to eliminating 90 percent of single-use plastic on board aircraft by early 2023.