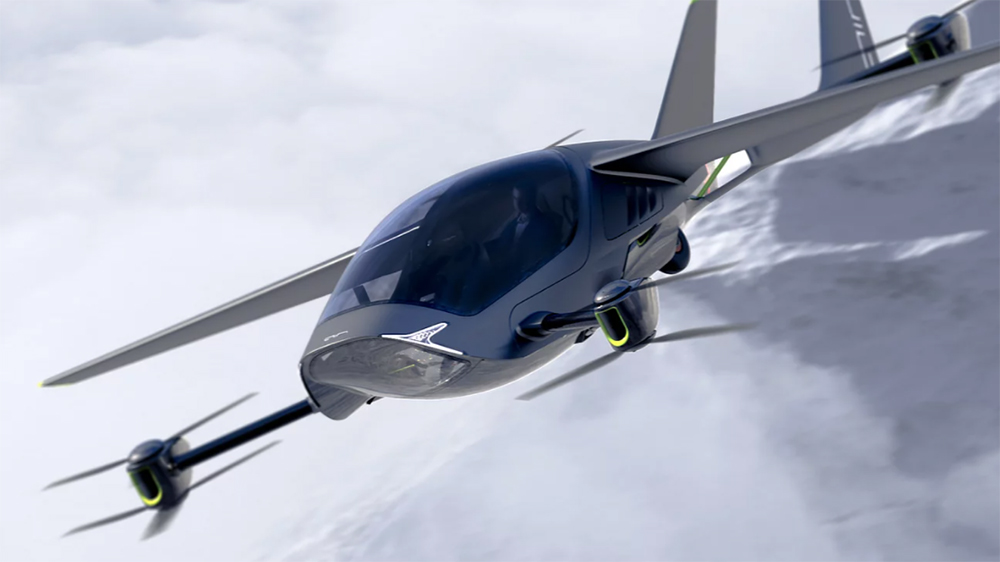 Not every eVTOL maker is focused on building the first viable air taxi. There are some that just want to help you have some fun.

Air, an aviation start-up based out of Israel, has just unveiled a two-person electric aircraft called the One designed for personal recreation. And, unlike other personal planes, you won’t need to rent out hangar space, as it has collapsible wings.

The One is meant to be a “buy ‘n’ fly” aircraft meant for personal everyday use, according to New Atlas. It features a fixed-wing design and is propelled by eight rotors on two sets of pods positioned at the front and rear of the craft. Its cabin opens like a clamshell and will have room for two people, both of whom will have access to the eVTOL’s controls. There’s also a glass bottom so you can see what you’re flying over. Maybe even more impressively, when the aircraft’s fold-up wings are raised, it will take up only one of the spots in a two-car suburban garage, according to the company.

It also sounds like something you’ll be able to have some fun with. Air says the craft will be able to cruise at speeds up to 155 mph and has a flying range of 110 miles. The company also says the One will be equipped with a “fly by intent” control system that will make piloting easy and accessible, though you’ll still need a license to take the controls. There will also be an AI monitoring system which will perform “frequent inspections” of the One to make sure its safe to fly.

As exciting as this all sounds, there are still a few hoops for Air to jump through before it can put its aircraft into production. Chief among these is certification, but the startup is currently working with the FAA to get that box checked. Regardless, you can still pre-order a One of your own now through the company’s website. One thing to note: pricing has yet to be announced.

Inside the Air One  Air

Air isn’t the only company with an eye on the personal eVTOL. This summer, iFly debuted a one-person aircraft that will fly you to your chosen destination at the push of a button. Meanwhile, Tetra, an aviation company out of Japan, is working on the Mk-5, a one-person electric plane you’ll be able to build yourself.