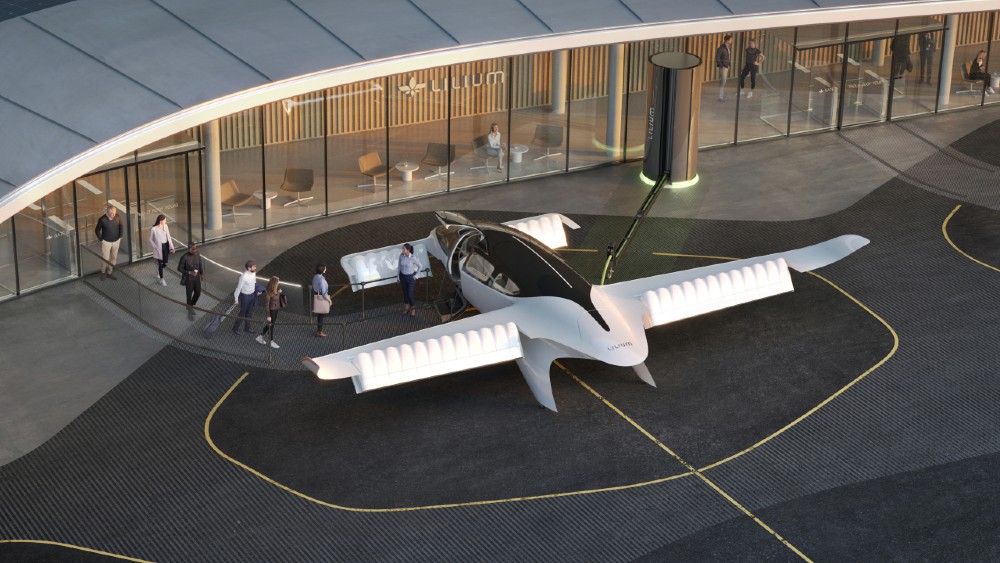 Within 10 years, that electric air-taxi flight that now seems like sci-fi could be as cheap as a ground taxi, and without the carbon output. A report released on Tuesday by Deloitte paints a viable picture of the future of electric Vertical Takeoff and Landing (eVTOL) aircraft as part of urban and regional transport networks, or Advanced Air Mobility (AAM), across the US.

“Our study showed that the speed improvement of these air taxis could be three to five times faster than driving options today,” John Coykendall, principal of Deloitte’s Global and US Aerospace and Defense leader division, told Robb Report. “We believe AAM will integrate with the transportation methods we have today—it’ll be a case of ‘and’ with this type of transport rather than ‘or’ with existing modes.”

The “Advanced Air Mobility, Disrupting the Future of Mobility” study looked five to 10 years ahead when eVTOL and other forms of air taxis will be certified and networks will be established around the world. At that point, Deloitte expects AAM to be highly competitive with conventional taxis and more upscale forms of ground transport.

“The AAM transportation mode could present an alternative to the premium taxi market for some trips due to passengers’ willingness to pay for the time [savings] and that it can be positioned as a luxury mode of transport,” said the study. “AAM ride-sharing is capable of competing with both standard and premium taxis as the anticipated price is almost equal.”

Or in some of its case scenarios, AAM ride-sharing is less per seat than a premium taxi, with much more significant time savings.

Coykendall says the commuter base will have the same priorities as they do today—some commuters will make travel decisions on price and others will look at time savings. “The first and last mile of the journey will also be very important,” he says. “If you can take one of these air vehicles and the costs will be comparable and the air taxi has zero emissions, it seems like an easy decision. On the other hand, if you have to drive 45 minutes to a vertiport or airport, you might decide it’s not as attractive.”

Joby has been the first eVTOL maker to receive FAA Part 135 Certification for air-taxi service. The California manufacturer expects to take its first commercial flight in 2024.  Courtesy Joby Aviation

Of course, there’s a long way to go before the skies fill with air taxis. The industry has seen dramatic growth in the last 18 months, with four manufacturers—Joby Aviation, Archer, Lilium and Vertical Aerospace—having gone public in 2021, and $5.8 billion invested into the fledgling industry. The race for the best air taxi and business model seems to be real now, though it’s not clear what the eventual infrastructure will look like in and around cities.

An existing 4,000 to 5,000 small local and regional airports could serve as launch and landing points for eVTOLs without having to modify the existing infrastructure. Coykendall adds that cities and states are now attempting to figure out how they could use existing heliports or other infrastructure as vertiports for the new air taxis.

Some aircraft manufacturers like Archer see more than just urban-taxi applications for their aircraft.  Courtesy Archer

The eVTOL manufacturers must also learn to build their aircraft to an automotive-level scale to make the aircraft economically viable, rather than rely on the current one-off production methods in aerospace. “But they also need to retain aerospace quality and effectively marry those two business models,” says Coykendall. “That’s why you’re seeing an interest by many big automotive companies in the emerging AAM market.”

The Deloitte study’s authors even expect to see an app that would calculate all forms of transport for the commuter to find out which combination of air taxis, trains, subways, buses and ground taxis would be fastest and least expensive. “In my lifetime, we haven’t added a new mode of transport,” says Coykendall. “Beyond now and the end of this decade we’ll gain a tremendous amount of understanding about what this new infrastructure will look like.”