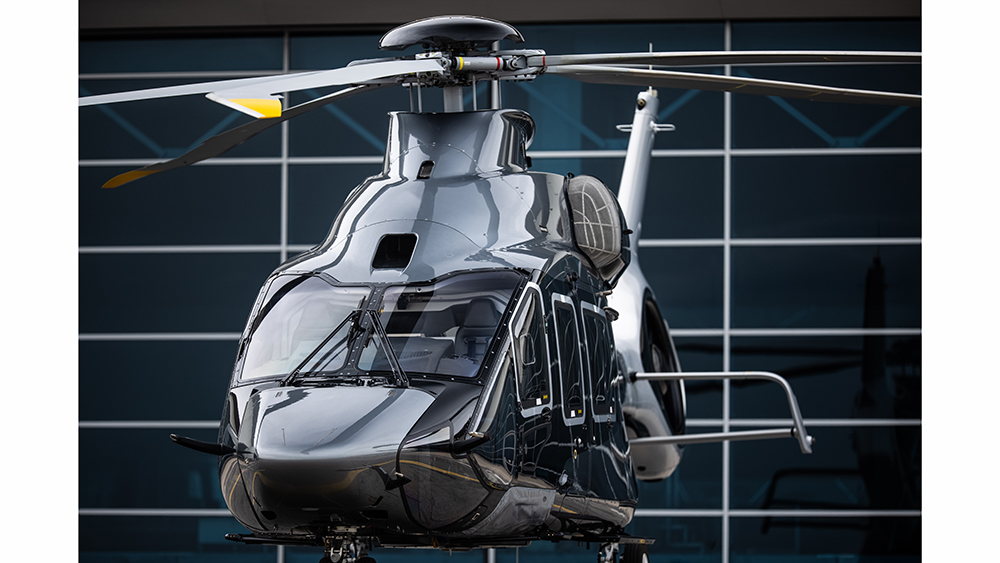 You’ll forget the generous cabin space, low decibel levels and the spine-coddling comfort of the supple leather seats. You’ll definitely forget the 68 patents that helped transform helicopter design. Because even in the ACH160, the world’s most luxurious helicopter, niceties go out the window when you’re in free fall over the ocean, blue water rushing up to meet you.

But in that moment, one of those 68 patents won’t forget you: The autopilot, in recovery mode, arrests the plummet, bringing the copter back to a stable flight. It’s a stunning show of technology for Airbus’s most advanced corporate helicopter, which will be delivered to a US client next year. Airbus will also complete the interior on this first ACH160, which I had a chance to experience in Monaco.

“This is the latest of a new generation designed from the passenger’s point of view,” says our test pilot, Olivier Gensse, who has been with the H160, the standard version of the ACH160, since the program’s inception. Between the sleek body, Fenestron tail rotor, spacious four-foot-four-inch cabin headroom, oversized windows and low vibration levels, it’s clear what he means.

During the simulated vortex-ring-state free fall, a condition where the helicopter’s rate of descent rapidly increases, Gensse pushed a button on the control stick twice that causes the machine’s automatic recovery mode to take over. Gensse also simulated an out-of-control flight in brownout conditions, resembling limited pilot visibility.

“Helicopter accidents often involve human error, especially if avionics are complicated,” Gensse says. “We designed the Helionix 3 system to be intuitive and simple, displaying critical information as needed. It’s about reducing the workload for the pilot without a hundred buttons on the display.” The ACH160 also has automated takeoff and a collision-avoidance system, both of which signify “a lot of new technology” incorporated into the design, according to Frédéric Lemos, chief executive of ACH. “We’ve had three prototypes flying, so many test hours have gone into the development.”

I also experienced the ACH160’s more civilized side, flying around Monte Carlo Harbor, with the Monaco Yacht Show in full swing. I imagined landing on one of the largest superyachts. Vibration and decibel levels were indeed low, especially after comparing it to an A125 in Las Vegas a few weeks later, and the bigger chopper’s executive cabin offered an entirely different experience—more town car than cramped clown car. And while the ACH160’s new owner chose the clean, corporate look of the ACH Line interior, other customized versions are also available.