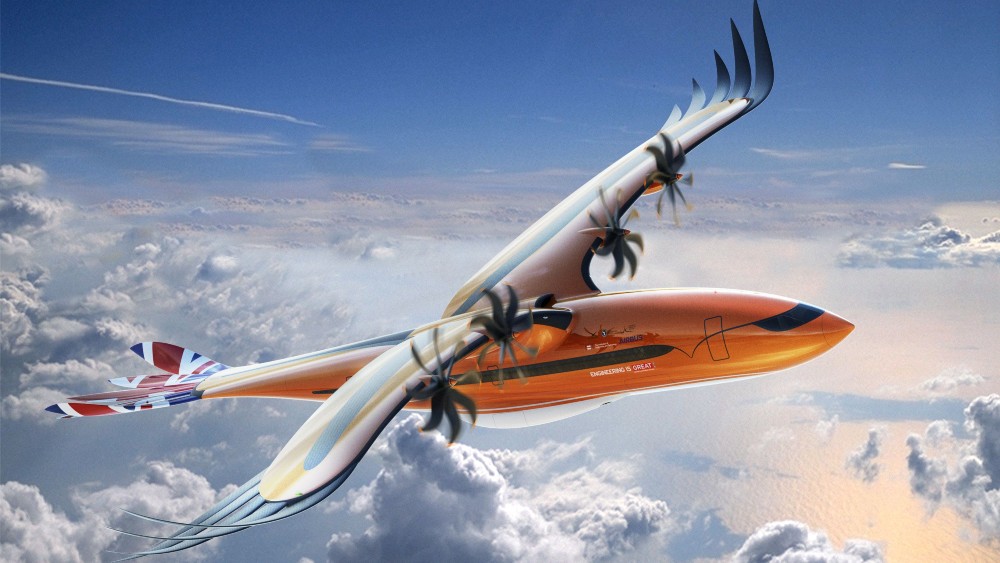 Airbus thinks nature has some important lessons for the aviation industry—and it just created a new plane concept to prove it.

On Friday, the European aerospace company announced its latest concept aircraft, the “Bird of Prey,” which was directly inspired by the flying mechanics of eagles. Unveiled at the Royal International Air Tattoo show in the U.K., the concept is a “hybrid-electric, turbo-propeller aircraft,” intended for regional transportation, the company said in a statement. Its wings and tail structure feature individually controlled “feathers” meant to provide active flight control. But as wild as the design and “feathers” may be, what’s most intriguing about the plane is a high-tech propulsion system that could reduce fuel burn by 30 to 50 percent, making flight much more sustainable than it already is.

“One of the priorities for the entire industry is how to make aviation more sustainable—making flying cleaner, greener and quieter than ever before,” Martin Aston, a senior manager at Airbus, said. “We know from our work on the A350 XWB passenger jet that through biomimicry, nature has some of the best lessons we can learn about design. Who can’t help but be inspired by such a creation?”

While Airbus has no plans to put the “Bird of Prey” into production, that’s not really the point of the concept. Instead, the company wants to highlight the relatively untapped potential of biomimicry. The plane’s blended wing-to-fuselage joint—the innovation responsible for mimicking the graceful and aerodynamic arch of an eagle—is an idea Airbus believes is actually realistic. The company also hopes that the concept will inspire young people to see that, just as a decal along the plane’s fuselage states, “Engineering is great.”

Fierce design, futuristic tech… you’d be forgiven for thinking that the ‘#BirdOfPrey’ is the latest comic book invention, but in fact it’s our latest conceptual aircraft. The imaginative concept takes inspiration from the mechanics of eagles to create a hybrid-electric concept with individually controlled feathered wings. We want to inspire the future of flight innovation – what would your aircraft be inspired by? 🦅✈️ #airbus #airbuslovers #plane #conceptplane #aviation #futureofflight #fly #biomimicry #instaaviation #aviationlovers #avgeek #aviationgeek

The aerospace industry currently lags far behind its peers when it comes to sustainability. The Verge points out that this is mainly because today’s batteries are too heavy and too expensive for an electric cargo and passenger plane to be a realistic possibility. Batteries are also nowhere near as weight efficient as jet fuel, which currently provides 43 times more energy than a battery at the same weight. Because of the industry’s struggle to cut down on the environmental toll of flying, the CEO of KLM recently pleaded with travelers to “fly responsibility.”