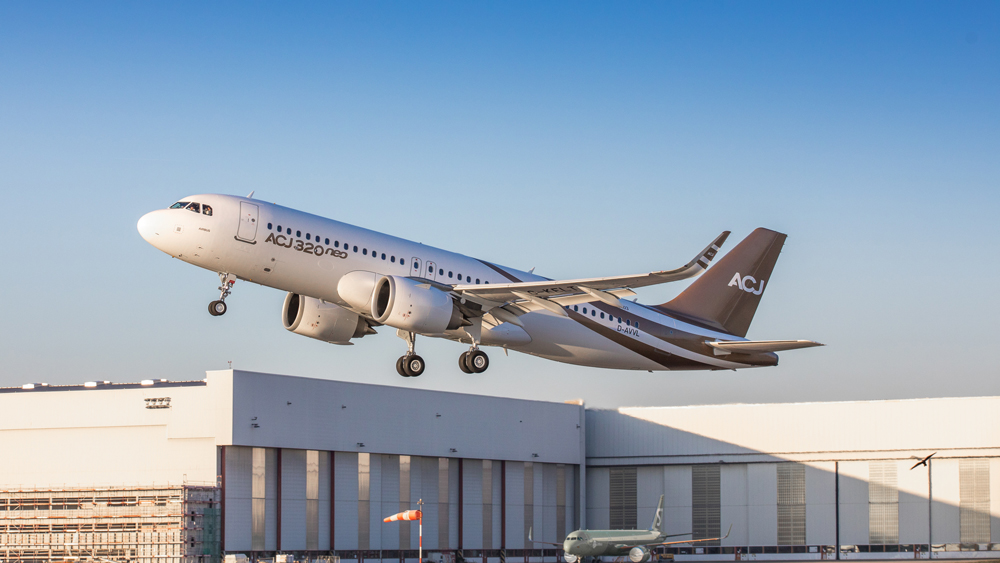 On November 16, Airbus Corporate Jets (ACJ) pushed its newest bird out of the nest, sending off the first ACJ320neo on its inaugural flight. The corporate version of the Airbus A320neo jetliner, the new aircraft departed from Airbus’s factory in Hamburg, Germany, bound for Basel, Switzerland, where it will have its cabin interior completed and its exterior repainted in the acquiring company’s livery.

The flight only lasted two hours and 40 minutes, but it represents an important milestone for the ACJ320neo family, which also includes the ACJ319neo, whose first delivery is expected to follow next year. Though commercial A320neos were announced in 2010 and have been in operation since 2016, the first ACJ320neo order came in in 2015, when Acropolis Aviation—based out of Farnborough airport in England—bought one of the jets. However, even though it is the first ACJ320neo, its built on a platform that has proven itself at this point, with around 500 A320neos already in commercial service.

The new business jet can seat up to 19 passengers, though private owners can outfit the jet however they see fit, perhaps even adopting the Melody concept from Airbus or enlisting a designer like Winch Design to implement its “home in the sky” interior concept. Either way, you won’t be at a loss for space: its cabin is a just shy of 90 feet in length and its width comes in at 12 feet and two inches. And you can be sure none of your guests will have to stoop (except for the tallest of NBA players) thanks to its 7-foot, 5-inch cabin height.

With a range of 6,905 miles under the right conditions, the jet can fly nearly anywhere in the world in one stop. This is in part thanks to its new, more efficient engines; the neo nomenclature actually stands for “new engine option,” which is one of the main differences between it and the previous ACJ320 generation. Between the engines and the new drag reducing winglets, the 320neo cuts fuel consumption by 15 percent.

The thing we’re most excited about? Bringing you images and videos of some of the outlandish interior that the blank canvases of the ACJ320neos are sure to provide.