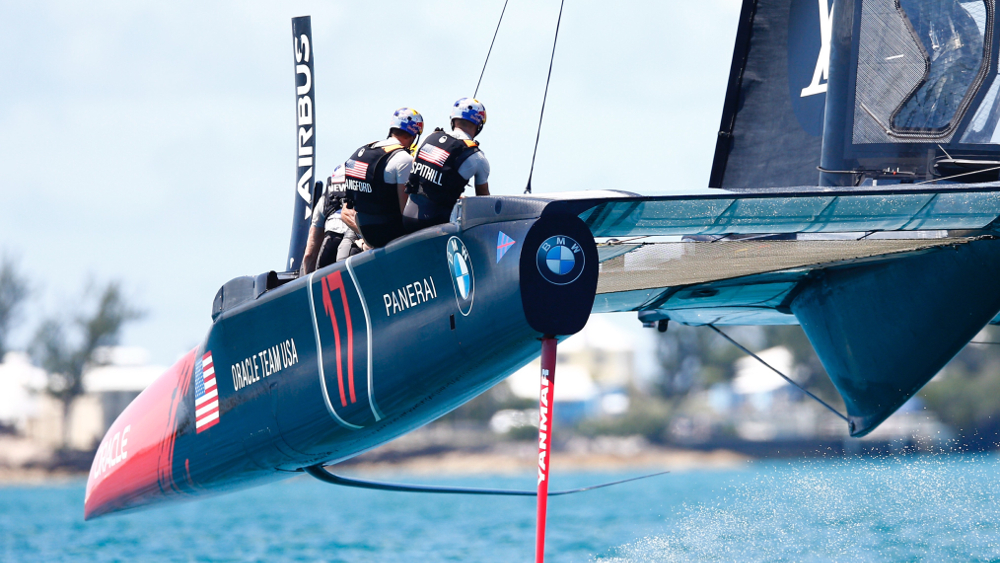 The America’s Cup, considered the world’s premier yacht-racing challenge since 1851, has long inspired extreme designs and relentless crews in pursuit of the trophy. Now Airbus has joined the competition, working with American Magic, a team from the New York Yacht Club. American Magic is designing and building a brand-new yacht for the 36th edition of the races, to be held in March 2021 in the waters off New Zealand. Since today’s high-tech racers use airfoils, aerodynamics, and high-tech engineering expertise in materials, modeling, and design, Airbus’s experience with jet airliners transfers well into the sport.

The Cup race has always required a mix of creative technology and extreme seamanship to reach the finals. Airbus aims to boost the American team’s technology edge, contributing its engineering resources to help design the fastest possible boat that will fit within the parameters set by the race rules. The rules for 2021 allow for “fully foiling” monohulls, a design that allows the hull to be lifted completely out of the water, minimizing drag, while control is maintained with maneuverable T-foils, ballasted to provide stability and control. The design is known as an AC75 sailboat.

“This is a true challenge for the team to see how they can optimize technological innovation under tight time and resource constraints,” said Jean Brice Dumont, executive vice president of engineering at Airbus. “We love good, clean competition. Our goal in this project is to help American Magic design the fastest possible flying yacht for 2021.” Airbus also worked with the U.S. team in the last race, held in Bermuda in 2017. The company says it benefitted from that work, developing improved wingtip designs for the A350 jet and new instrumentation that is now used in all aircraft development.

“Airbus’ expertise and personnel will be critical to a Cup-winning design team,” said Terry Hutchinson, American Magic’s skipper. The teams already have been working together for most of this year, and the results, Hutchinson says,  are “nothing short of awesome.”

The New York Yacht Club held the America’s Cup trophy from the inaugural race until it was lost to an Australian team in 1983—a 132-year run known as the longest-ever winning streak in any sport. The American Magic team is based in Newport, Rhode Island, where they already are testing out a prototype to refine their yacht design. “Together we will push sailing technology forward, win the biggest prize in the sport, and inspire sailors here at home and around the world,” said Hutchinson.

If you’re an amateur who wants to do a little speed sailing of your own, you could always put down the money to have this America’s Cup–inspired concept yacht from Philippe Briand turned into a reality.