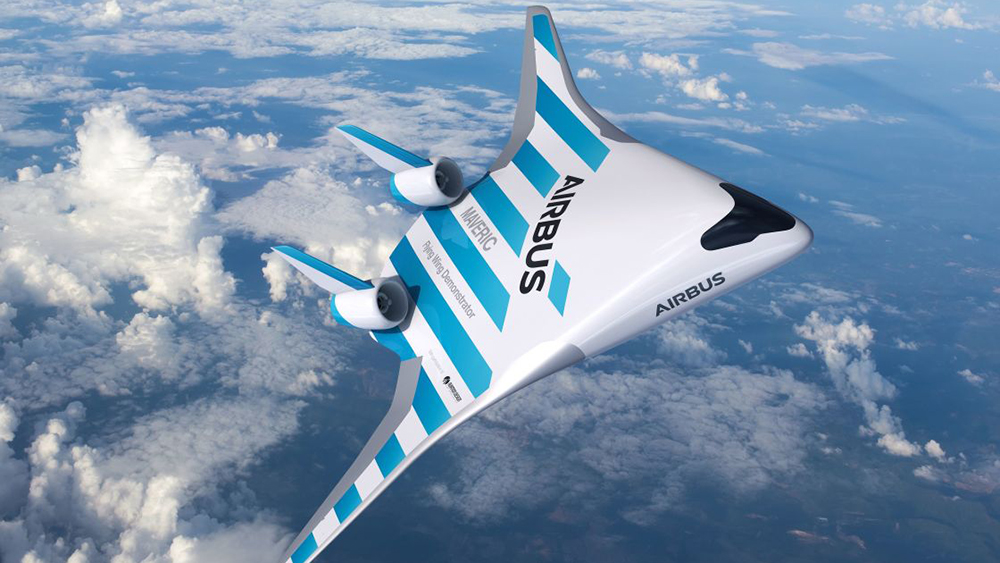 Air travel may just get a little more fuel-efficient––and infinitely cooler––thanks to a new prototype from Airbus.

The European aerospace company has revealed a futuristic airplane design with a unique blended-wing body, which it estimates could reduce carbon emissions by up to 20 percent.

An aerodynamic scale model measuring over six feet long and nearly 10 feet wide––codenamed Maveric––underwent a series of extensive secret tests in central France beginning in June of last year. An acronym for “model aircraft for validation and experimentation of robust innovative controls,” the remote-controlled craft made its debut at this year’s Singapore Air Show, where designers extolled the virtues of its design, which allows for both a more interior space and increased fuel economy.

“Initially, many dismissed the Maveric project as merely a ‘hobby,’ or, in other words, a project Airbus wouldn’t learn very much from,” said project co-leader Adrien Bérard. “So we had to prove them wrong by showing that we could deliver a very sound basis for future aircraft configuration.”

An artist’s rendering of Maveric’s interior.  Courtesy of Airbus

Because of its distinct silhouette, the cabin has a shape that leans more oval than the typical round styles found in contemporary airplanes. This not only creates additional leg room but also makes for larger aisles so passengers can hang on to more personal space as they jet to their destination. And the artist renderings suggest it won’t lack for sleek style. A shielded engine also means that noise will be greatly reduced, making any passage a slightly more peaceful one.

Perhaps more impressive is just how much more efficient this style of plane could be if brought to the commercial market. The streamlined shape of its body significantly reduces drag, making it both faster and energy-saving. “We understand society expects more from us in terms of improving the environmental performance of our aircraft,” Bérard added.

Of course, you can’t book a ticket aboard the Maveric just yet. Airbus claims that testing with the current model will continue through at least the middle of this year. However, considering just how seriously the industry heavyweight is taking the concept’s potential, you might be able to catch a ride in the not too distant future.