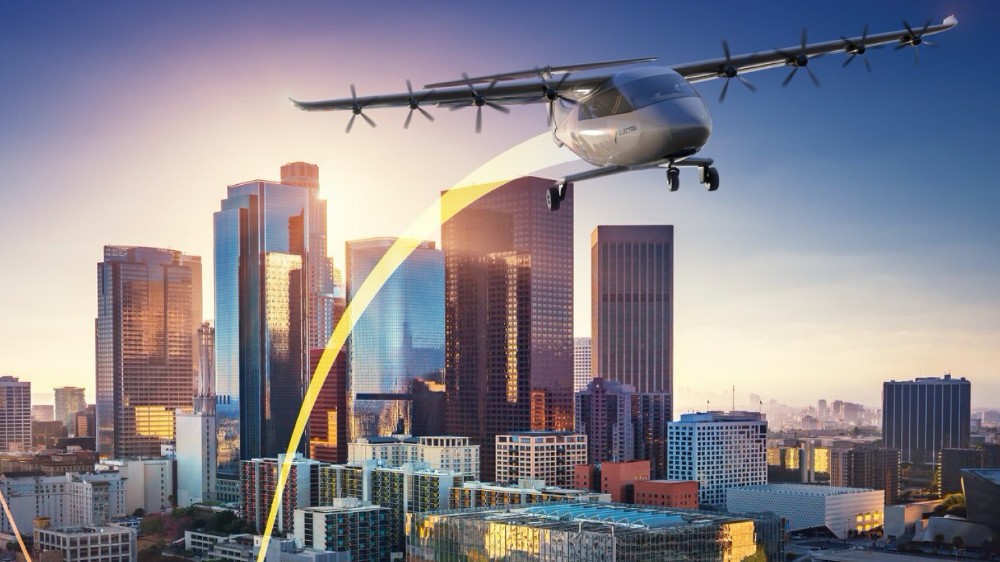 Electra.aero has revealed its first hybrid aircraft, which it says is designed to take off and land on sites that are “shorter than a soccer field.” The new aircraft, in fact, is designed to actually land on soccer fields, in parking lots and on rooftops of large buildings, as a supplement to using conventional airfields. A soccer field, by the way, can be anywhere from 100 to 130 yards long, according to international rules.

This hybrid electric short takeoff and landing (eSTOL) aircraft is different than the new generation of electrical vertical takeoff and landing aircraft with tilt-rotors. The Electra flies more like a conventional airplane than a helicopter. The eSTOL segment has been picking up quickly, as designers and startups realize that it could have a separate function in the coming electric-aircraft revolution.

The aircraft uses much less energy to take off from a runway than an eVTOL does to lift vertically.

The design of the hybrid Electra resembles a conventional aircraft, but it will be quieter and able to land in shorter airfields.  Courtesy Electra.Aero

The Electra aircraft, which can take off and land at speeds under 30 mph and cruise up to 200 mph, is also different than most eVTOLs because it doesn’t have to shut down to recharge batteries between flights. The aircraft’s hybrid system includes eight electric motors and a turbo-generator that recharges the batteries while in flight. Electra says its aircraft will also have a higher load factor for cargo and passengers than most eVTOL aircraft. Its range is up to 500 miles, also significantly longer than most eVTOLs. It will be designed to carry up to eight passengers and a pilot.

The design also makes use of a very cool “blown lift” technology by using the propellers to blow air over the entire span of its 48-foot long wings and flaps for more efficiency.

Electra was launched last year by John Langford, who earlier founded Aurora Flight Sciences and sold the company to Boeing in 2017. The company said it expects the aircraft to be certified by the Federal Aviation Administration in 2026.