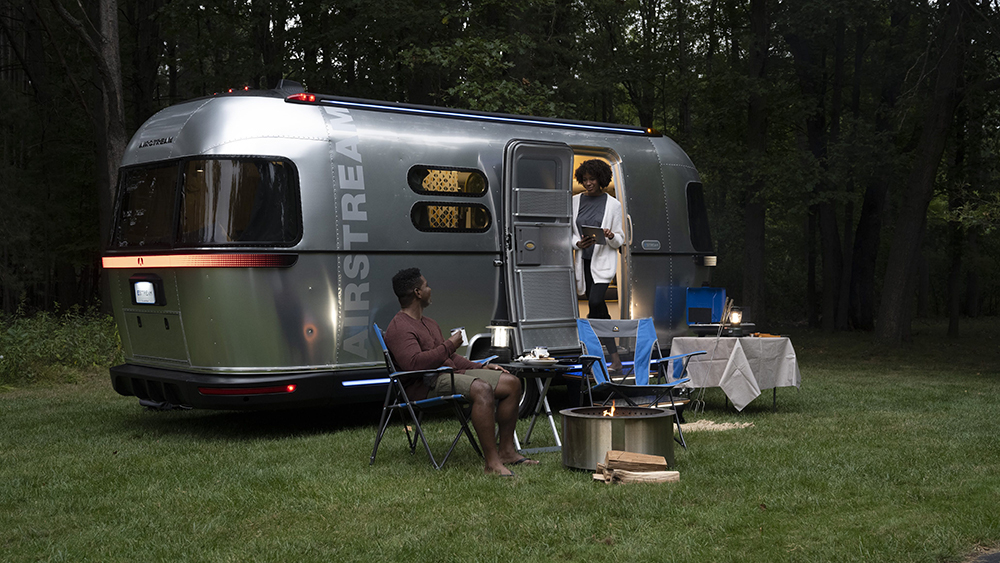 After some 90 years, Airstream’s iconic chrome camper has finally received an electrifying makeover to bring it firmly into the 21st century.

Thor Industries, the parent company of Airstream, has just unveiled a new battery-powered trailer concept called eStream designed for an emissions-free future. Purists will be happy to see that America’s favorite camper retains its charming retro style, although the tech inside is at the cutting edge.

Built on Thor’s exclusive towable platform, the eStream is equipped with an electric drivetrain comprising two independent motors that each power one of the trailer’s wheels. This setup, which reportedly produces 242 horses and 132 ft lbs of twist, essentially pushes the camper forward and takes some of the burden of the tow vehicle. Since that vehicle is no longer lugging a heavy and cumbersome camper, it’ll use less fuel (or energy, if it’s an EV) and handle better, too.

The eStream’s solar panels will allow you to live off grid for up to two weeks.  Thor Industries

The motors will be powered by a high-voltage 80 kWh battery pack and an integrated fuel cell. That should result in a range of approximately 300 miles, according to Thor. The camper is also fitted with solar panels that feed up to 900 watts of clean energy to the batteries to power the onboard amenities. Thor says this will allow you to live off the grid for up to two weeks.

What’s more, the eStream can be controlled remotely via an app on your smartphone. Basically, it can back itself into a campsite without the tow vehicle even being involved. The app also monitors battery levels and suggests the nearest and most convenient charging stations.

The modern interior, meanwhile, features a bedroom, living room and kitchen, along with a TV, microwave and fridge. You can, of course, expect all the fancy gadgets and smart home tech, like voice-activated climate controls and lighting.

Airstream first floated the idea of electric trailers last February. Although the eStream is just a concept at this stage, it marks a major milestone for the nameplate. It’s not the only one pursuing this rapidly expanding sector, though: Winnebago unveiled its first all-electric camper van just a few days ago and Mercedes-Benz has also debuted an emissions-free RV. Hey, there’s nothing wrong with a little friendly competition.