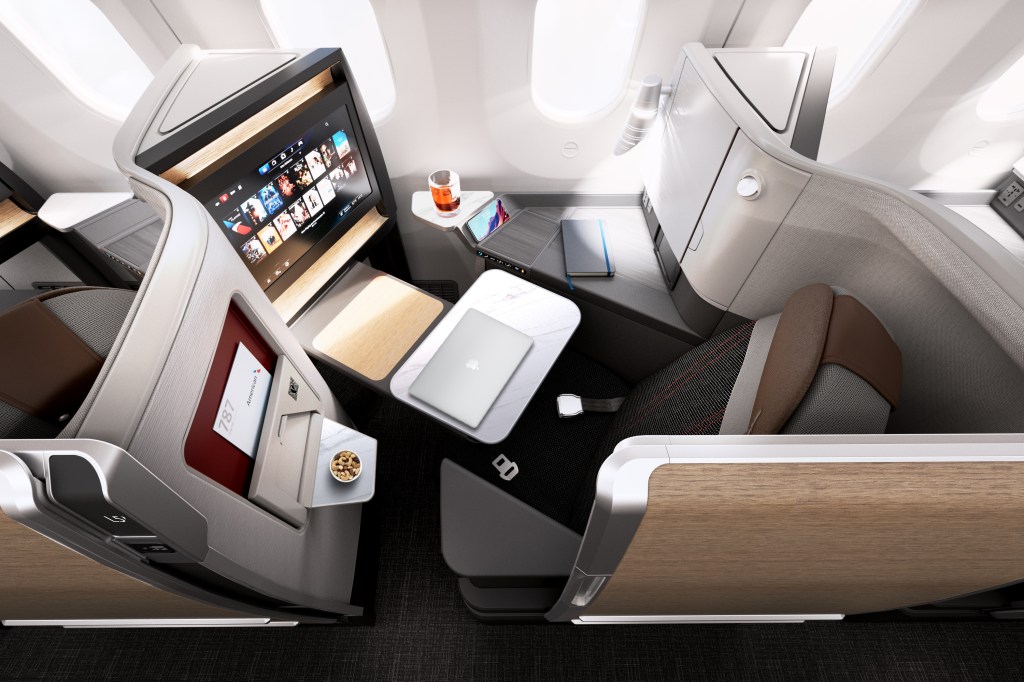 
It’s time for a bit of rumor control.

Over the summer, there has been some internet chatter that American Airlines may be getting rid of its international first class service permanently. Rumors suggested that the airline would nix its first class amid news that the company plans to reconfigure its premium Airbus A321T aircraft into a standard domestic configuration that would only feature business class.

Initially, American Airlines was coy about the rumors. However, in August the airline told Robb Report via email that it was still finalizing those decisions for the aircraft in question.

Now the US airliner has announced that there is more to the story. The company will indeed be getting rid of its first class seats on long-haul flights, but that doesn’t mean frequent fliers won’t be in for a treat. The airline has also unveiled new seats for its business class and premium economy sections.

The Flagship Suite seats in business class will offer new features such as a sliding privacy door and a lie-flat seating option with more storage space for long-haul flights. In a nifty twist, groups traveling together can also conjoin the suites to socialize and dine together during their ride. As for premium economy, new seats will offer travelers more space and larger entertainment screens.

The new seating suites will be a part of American Airlines’ new Airbus A321XLR and Boeing 787-9 Dreamliner deliveries set to enter its fleet. In addition, the company will also be retrofitting 20 of its existing Boeing 777-300ER planes with the new seats. The new layout will include 51 Flagship Suite seats and 32 premium economy seats.

“The arrival of new long-haul aircraft and the customized seat design of the Flagship Suite seats will offer customers a truly private premium experience on our long-haul fleet,” said Julie Rath, the company’s vice president of customer experience, in a press statement.

The Flagship Suites and premium economy seats will hit the friendly skies in 2024, as part of the airline’s plan to grow its premium seating by 45 percent by 2026.