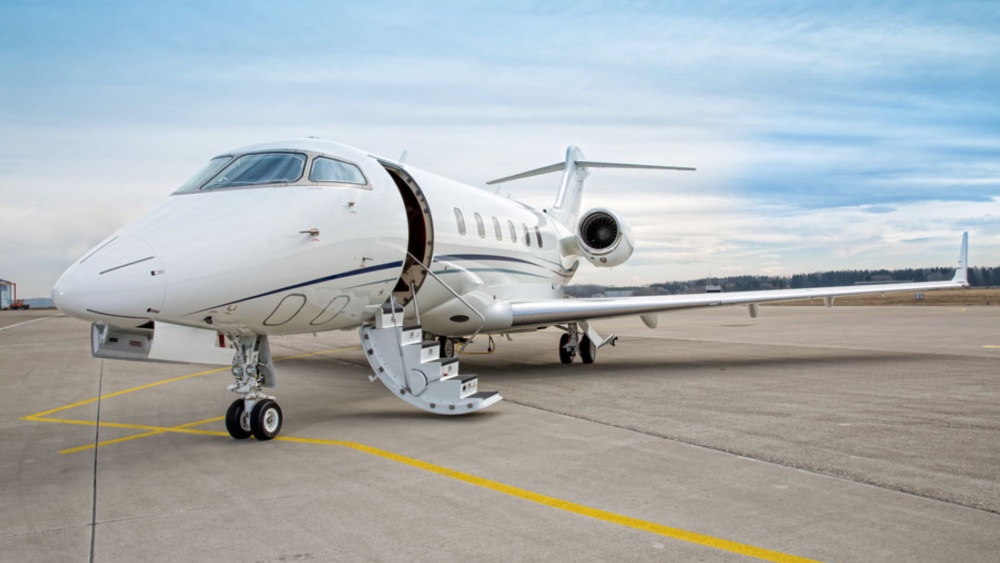 As quarantines loosen and people become savvier about how to avoid infection, business aviation has taken flight. Last month, Air Charter Service in the UK reported that global bookings of charters were up 51 percent compared to the same period a year earlier. A recent panel of experts assembled by the National Business Aviation Association (NBAA) also found US charter flights trending higher this summer than a year ago, especially to second-home cities. Private charter flights to Vail, Colo., for instance, were up 33 percent in August, while similar numbers were reported for Florida.

Domestic personal travel continues to hold the lion’s share of charter in the US, while international travel is making a slower comeback, partly due to restrictions by US authorities on incoming flights and restrictions against US citizens in popular travel destinations such as Europe or parts of Asia.

“There is no one specific list of countries allowing business jets,” says Jason Middleton, CEO of Silver Air in Santa Barbara, Calf. “It’s all case-by-case and country-by-country.”

Airports in the UK are providing access points to Americans traveling by private jet, who then can fly into the European Union and other European countries.  Universal Aviation

“Everywhere seems to have some kind of new requirement,” adds Paul Weiss, president of Aviation Charter Inc. in Ewing, NJ. “And it’s always changing. Covid gets better and they loosen up, then they get more cases and they tighten it back down.”

The Bahamas might be a textbook example, as the islands closed completely at one point, reopened for private aircraft, reinstituted tight restrictions, and then loosened them again.

Most charter or business-jet owners are traveling internationally either to visit second homes, businesses or to do yacht charters in areas like the Mediterranean.  Boeing Business Jets

Robert Moya, senior operations manager for Universal and Weather Aviation, Inc., with 40 fixed-based operations around the world, says the Bahamas is one of the countries that requires a lengthy approval process. “They and a growing number of other countries are also now requiring visitors to install cell-phone apps for GPS tracking while in country,” he told Robb Report.

On its website, Universal said that a greater number of countries in Latin America and the Caribbean have partially opened or announced they plan to ease restrictions soon. Louis Smyth, senior manager of digital content and communications for Universal, added that generally restrictions are easing. “If anything, the changes are just tweaks at this point,” he says.

Moya says many Americans are now visiting countries in the European Union on “business-purpose” flights that connect through internal travel corridors. “The authorities in those countries look first at where an aircraft is registered and located, and then at the passenger list,” Moya told Robb Report. “They look at the country of citizenship, where you’ve been for the last 14 days and whether you can provide a recent negative Covid-19 test.”

US charter provider Magellan has seen most of its international business flights travel to the Bahamas.

Despite Americans being banned in much of the world, Moya says, exceptions to the regulations—such as individuals owning property or a business in the country—allows them to enter that country. “We’re providing trips daily for our clients,” says Moya. “But there’s no one-size-fits-all answer to any one country because everything is variable. Each country has its own regulations.”

The UK has proven to be a popular way to access the European Union and Schengen countries, says Moya, and many private aircraft from the US are using it as a primary gateway to the rest of Europe. Universal is receiving many different “feasibility requests,” which have to be channeled through the authorities in specific countries for approval. “People are going a little bit stir crazy, and want to get out of the US, with family and friends,” says Smyth. “Most of those folks have the flexibility of having homes in those countries and some are trying to attach them to business trips.” Others are using the private jets as transport to charter yachts in the Med and spend no time in the countries where they land.

Charter provider Evojets says its clients should expect delay-permit approvals for international flights. “Permits have taken up to 48 hours in cases where four to 12 hours was the norm,” said the company.

Flight planning is a complicated process because most countries have individual rules for access and those rules can change every month as countries revise current Covid-19 conditions.  Adobe Stock

Universal’s Moya would like to have two weeks’ notice for non-domestic flights in order to establish approval from local authorities, but he adds that rules continue to change, sometimes during flight planning. “They’re not changing as rapidly as they were from March through May,” says Moya, who updates private aviation travel in a weekly blog. “We’ve been seeing anywhere from two weeks to a month where each country revisits its protocols.”

Charter operators are there to make the planning process easier, says Weiss, by doing the homework on the restrictions and ensuring the proper paperwork is in order. “Sometimes a client will request a trip someplace and we’ll call to check,” he says. “They’ll say, ‘They can come only under these circumstances.’” Those circumstances typically mandate a Covid test that is  72 hours old (swab, not antibody) or less, and the authorities also stipulate visitors self-quarantine once they enter the country.

Clemens Vanderwerf, CEO of Privaira in Boca Raton, Fla., says his company recently set up a trip to Costa Rica, which required the client to provide proof of healthcare coverage. “Pretty much everywhere is open to private travel,” Vanderwerf says. “It’s just a matter of meeting the local restrictions.”