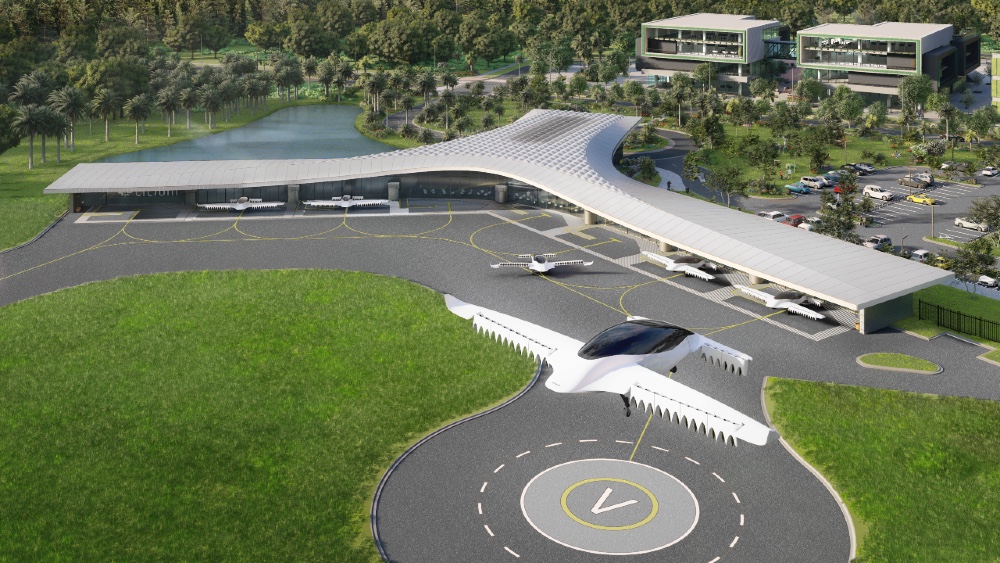 The electric vertical takeoff and landing world is going to Disney World—sort of. Munich-based eVTOL manufacturer Lilium announced on Wednesday that it intends to open its first US-based operations hub at Lake Nona, a planned community in Orlando, Fla., in 2025.

With a top speed of 185 mph and a one-hour range on a single charge, the five-seat Lilium eVTOL will put Tampa within a half-hour emissions-free flight of Orlando and cities as far off as Jacksonville and Ft. Lauderdale within one hour. All without the lines and headaches of airline travel. More important, the company expects the hub to be the first in a network that connects the entire state. To build the initial vertiport, Lilium will team with Tavistock, the Lake Nona developer, and the city of Orlando.

“It’s a fantastic location,” Dr. Remo Gerber, Lilium’s chief operating officer, told Robb Report. “Orlando gets 75 million visitors a year and the traffic volume across Florida is huge. We can be part of the solution to help people move faster and cleaner while safeguarding untouched land.”

The central Florida development of Lake Nona was chosen as the first vertiport because of its strong demographics and proximity to the Orlando International Airport.  Courtesy Lilium

Part of the appeal is Lake Nona’s position adjacent to the Orlando International Airport, which will allow travelers to connect to Lilium flights after arrival or come to Orlando via Lilium. It also means that there are aviation service companies and infrastructure in close proximity.

Lake Nona’s demographics also make sense for a company looking to sell luxury travel experiences. Home prices can run to eight digits. The average list price of a single-family home in September 2020 was $609,900, according to realtor.com.

Uber Elevate has also announced plans to launch new eVTOL urban networks by 2023. It is testing networks in Houston, Los Angeles and Melbourne, Australia, with service between the cities and suburbs. It has not said which city it expects to be its first network.

The company plans to establish a regional commuter network across Florida.  Courtesy Lilium

Lilium, however,  is aiming at regional travel and commuting. The company is already developing a European network through a partnership with Dusseldorf and Cologne/Bonn airports, also projected to begin service in 2025, and it’s building two production facilities.

Gerber says Lilium hopes to lower costs through scale, manufacturing efficiencies, and lower costs in energy and maintenance, so that by 2035 the cost of its flights will rival driving. Part of that equation is Lilium’s regional approach, which means it will only need to build 15 to 20 vertiports to create a 2,000-mile network of routes by 2025, according to Gerber.

Despite the many hurdles remaining – regulatory, mechanical, logistical, etc. – Gerber feels the future is bright in the Sunshine State. “Our partners are visionaries who think big,” he says. “We want to go where we can create a positive customer-value proposition, and Florida meets that scenario.”