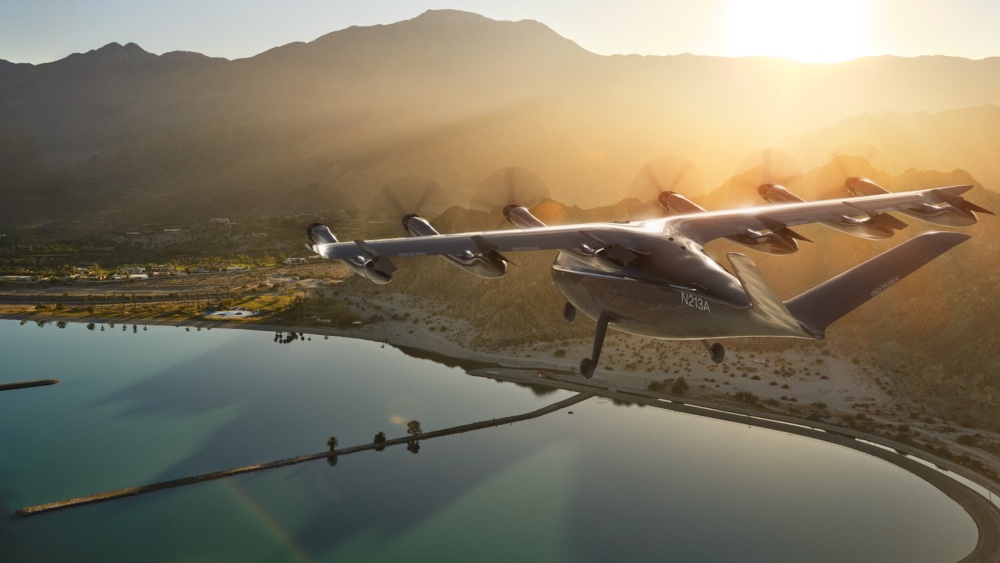 A California-based eVTOL manufacturer says it will be part of a new Urban Air Mobility (UAM) network that should be operational in Los Angeles by 2024. Robb Report recently wrote about the Southern California network, but now Archer has revealed it will provide the flying taxis that will create an alternative way to travel above the region’s dense ground traffic.

“Our partnership with the City of Los Angeles will be one of our major milestones in bringing quick, safe, affordable everyday flight to dense urban locations,” said Adam Goldstein, co-founder and co-CEO of Archer.

Archer’s eVTOL aircraft, named Maker, will be able to travel distances of up to 60 miles at speeds approaching 150 mph. Beyond relieving traffic congestion on the ground, the electric craft will produce zero emissions and has a noise footprint of only 45 dba, blending into the sounds of residential neighborhoods. Unlike traditional helicopters, whose rotor-blade tips approach the speed of sound and generate a lot of noise, Maker has electric motors turning propellers with low tip speeds, resulting in considerably less sound.

The eVTOL was designed around passenger comfort with wraparound windshields and spacious seating for passengers.  Courtesy Archer

The aircraft maker’s goal of safe autonomy is achieved through redundant batteries and motors, allowing Maker to preserve flight in all situations. Archer also designed the aircraft with passenger comfort in mind, with ample leg space and a 270-degree wraparound window view.

The company’s business plan is based around lower maintenance costs of electric propulsion compared to traditional combustion engines. With thousands of critical and moving parts out of the picture, the electric aerial vehicle is far simpler to maintain and much less expensive to own and operate. Ownership costs, according to Archer, will be about 30 percent less than a traditional helicopter.

Archer recently announced a $1 billion order for air taxis from United Airlines. “Archer’s commitment to launch their first eVTOL aircraft in one of United’s hubs means our customers are another step closer to reducing their carbon footprint, before they even take their seat,” said Michael Leskinen, United’s vice president of investor relations. Archer also recently merged with Atlas Crest Investment Corp., which according to the company, gives it a $3.8 billion valuation with the United order.

With a range of 60 miles and top speed of 150 mph, Maker should be able to travel outside of LA’s densely populated areas.  Courtesy Archer

The influx of capital and concepts from major automakers in the US, Europe and Asia, shows how quickly the eVTOL segment is developing. Besides Archer, California-based Joby and Lilium in Germany have announced the development of UAM networks in the Dallas-Fort Worth area as well as central Florida.

LA plans to be the first of the major UAM networks. Los Angeles Mayor Eric Garcetti revealed its Urban Air Mobility Partnership in December 2020. It involves a collaboration between the Mayor’s Office, the Los Angeles Department of Transportation (LADOT), and Urban Movement Labs (UML). The program is designed to develop strategies for the integration of UAM into existing transportation networks. The infrastructure will include “vertiports,” where people take off and land in different parts of the city.

UML and the City of Los Angeles will now collaborate with Archer to develop the infrastructure. “Working with companies like Archer delivers a unique opportunity to take the perspective of our programs beyond just the two dimensions of roads and railways, and into the skies,” said Lilly Shoup, UML’s executive director.