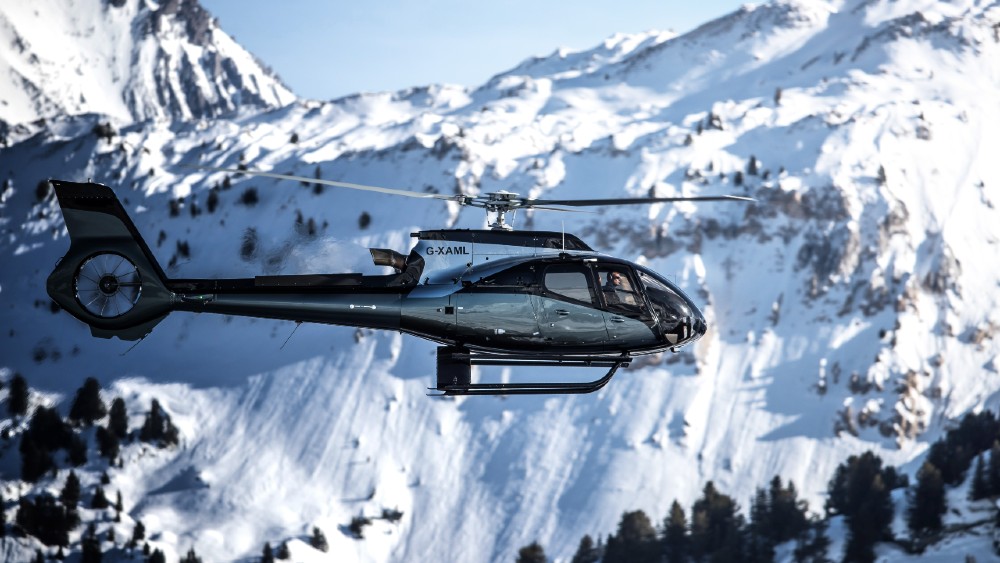 Imagine nearly 30 James Bond-wannabes flying custom helicopters all over the world. That’s not exactly what Aston Martin and Airbus Corporate Helicopters (ACH) envisioned when they announced a series of 15 Aston Martin Edition ACH130 helicopters in 2020, but the owners of the first 14 probably had that reference in mind when they took delivery of the slick, new whirlybirds.

“We really did not imagine that the market would move so fast,” said ACH Frederic Lemos, during a press conference at this week’s business-aviation summit, EBACE, in Geneva. “There’s no question that bringing together our values of excellence and quality with Aston Martin’s commitment to high performance automotive elegance resulted in a helicopter that excites customers.”

The executive helicopter was configured with a sportscar style, with forward-facing seats and large windows. The Aston Martin version has seats and doors upholstered in supple leather, reminiscent of the DB11.  Courtesy ACH

Two years after the launch, the executive helicopter manufacturer has sold all but one of the first 15 in its initial production commitment. The orders have come from clients in Southeast Asia, Europe, Latin America, New Zealand and North America.

In 2019, Aston Martin and ACH designers partnered to create a custom helicopter that was inspired by its most high-performance vehicles, the DB11 in particular. In early 2020, the two announced the special edition, which is available in four interior and exterior designs. The seats and doors are upholstered in supple leather, with coordinating ultra-suede covering the rest of the cabin. The rear of each front seat also has the same brogue detailing in the DB11.

The ACH130’s exteriors have gradient paint jobs, with a contrasting underbelly, that gives it appeal, even on takeoff. Lemos said that the ACH130 is also designed for “hands-on owners who draw satisfaction from personally piloting their aircraft.”  The world can feel safer with another 30 James Bonds flying around.